After 11 years at the helm of LinkedIn, CEO Jeff Weiner will step aside and let Ryan Roslansky, LinkedIn’s senior vice president of product take over.

In a case of the apprentice becoming the master, Weiner is relinquishing his position to the man who was his first hire back in 2009.

Weiner, who moved from Yahoo to take over as LinkedIn’s social media president in 2008, will step down from the Microsoft company on 1 June, a move that marks the biggest leadership change at LinkedIn since Weiner took over from co-founder Reid Hoffman.

In his time, he has built LinkedIn to be one of Microsoft’s fastest growing revenue generators, although over the past year it has slowed. LinkedIn represents almost 6% of Microsoft’s total revenue.

Here’s is Weiner speaking with CNBC about the acquisition and LinkedIn's performance since.

Microsoft would be happy with LinkedIn's most performance, with LinkedIn recently announcing record levels of engagement, a feat it has achieved every quarter since 2018.

LinkedIn sessions grew 22%, slower than the 34% growth reported a year ago, however revenue grew 25%, in line with the previous quarter, but down from 33% last year. 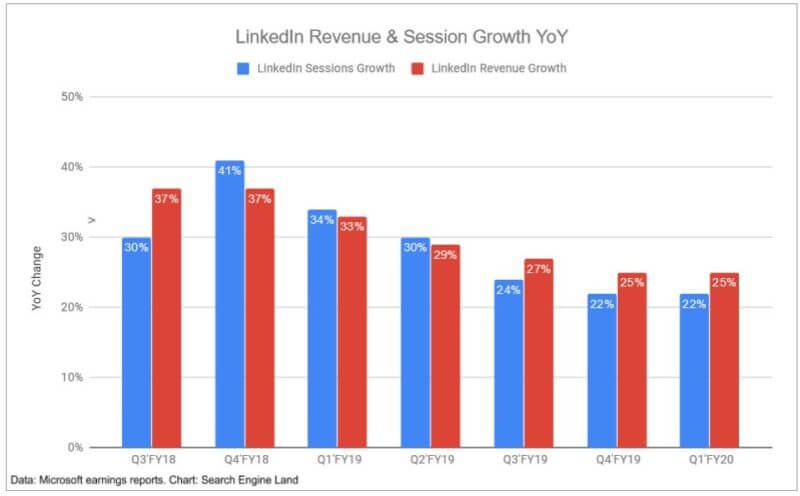 LinkedIn has generally operated independently of the tech giant, although there has been some integrations of Microsoft’s products.

“All the growth we’ve been seeing has been in the way we’ve been operating our own businesses,” LinkedIn co-founder Allen Blue told CNBC.

“Last summer, I began talking with [Microsoft CEO] Satya [Nadella] about transitioning from my current dream job to my next one and helping him decide on my successor as CEO,” Weiner wrote.

“While I’ve been thinking about the timing of this transition for some time, over the last year or so, several factors converged that led me to conclude now is the right time to make this change. For starters, our business has never been better, our culture has never been stronger, and our future has never been clearer. Additionally, my passion for initiatives beyond my day-to-day role as CEO has continued to grow. Most importantly, after working with Ryan for nearly two decades, spanning two companies and countless roles, it’s become clear to me that going forward, his vision, drive and passion are exactly what the role requires.”

Rolanski, who came to LinkedIn from Glam Media, steps into the role having helped to build LinkedIn’s Marketing Solutions business, developing LinkedIn’s Influencer program and publishing platform, overseeing the home page and Feed, running all of consumer products, championing the acquisition of Lynda.com, and co-developing the prioritisation framework for the Microsoft integration.”