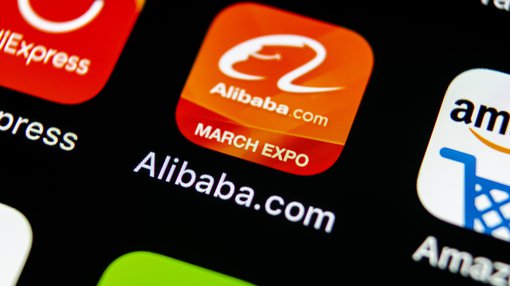 Alibaba, not the historical figure who coined the phrase ‘Open Sesame’, but the Group Holding Limited (NYSE: BABA), will launch its Hong Kong public offering this month and list under the ticker code 9988.

This secondary listing is likely to take place in the last week of November, with its ordinary shares listed on the Main Board of The Stock Exchange of Hong Kong Limited (SEHK).

The company will issue 500 million new ordinary shares plus 75 million greenshoe options (greenshoe options give the underwriting banks the ability to sell more shares than the original amount set) and will continue to trade on the New York Stock Exchange (NYSE), where it IPOd in 2014.

The NYSE listing was the biggest IPO in history, with Alibaba raising $25 billion. Alibaba’s US listed shares are up over 36% this year.

The Chinese e-commerce giant expects to raise approximately $13 billion this time around.

Notably, Alibaba’s American depositary shares (ADSs), each represent eight ordinary shares of the Company. Once listed in Hong Kong, the Hong Kong-listed shares will be fully fungible with the ADSs listed on the NYSE.

“Alibaba is guided by our mission to make it easy to do business anywhere with the vision to be a good company that lasts for 102 years. We aim to serve global consumers, of which more than 1 billion will be Chinese consumers, and facilitate more than RMB10 trillion of consumption on our platform within the next five years by continuing to pursue our three strategic pillars of globalization, domestic consumption and big data powered by cloud computing,” said Daniel Zhang, Alibaba Group Chairman and Chief Executive Officer.

“Hong Kong is one of the world’s most important financial centres and we are grateful for the opportunity to participate in the future of Hong Kong.”

One of the ideas behind the listing is to allow more of the company’s users and stakeholders to invest and participate in Alibaba’s growth.

It will also allow Alibaba to expand its overall investor base and tap into substantial new capital pools in Asia.

The company hopes to create a nearly round-the-clock market for global investors to trade Alibaba shares.

Alibaba will use the proceeds from the IPO to implement its user growth and engagement strategies, designed to empower businesses to facilitate digital transformation, and continue to innovate and invest for the long term.

Alibaba’s listing should provide a boon for the Hong Kong exchange which has been a bit sluggish lately, in part due to the escalation of pro-democracy demonstrations.

However, this will be the biggest capital raise since Uber’s $8 billion listing party in May.

It also comes off the back of its successful Singles Day shopping event, in which it set a new sales record with more than $38 billion in sales.

It will be interesting to see the impact on the Hong Kong exchange once Alibaba lists.

Once it does, it will very likely be a case of ‘open sesame’.