5G to the rescue

In case you weren’t aware by now, Australia’s internet is cooked.

The fact that I struggle to crack the 1Mbps mark, just 20km east of the Melbourne CBD is a disgrace.

The NBN has been doomed for some time, but any remaining hope of its future prosperity was lost when NBN Co CEO Bill Morrow said in 2017, “Even if we offered it for free (100Mbps speed), we see the evidence around the world that they wouldn’t use it anyway... we know there are things on the horizon that are going to increase the need for further demand.”

We wouldn’t use super-fast internet if it was free? 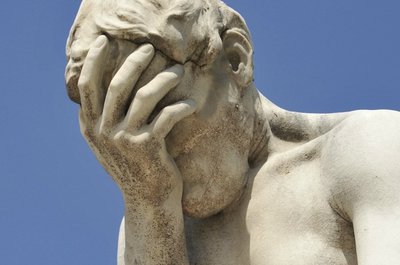 Naturally, the Australian public were not impressed. 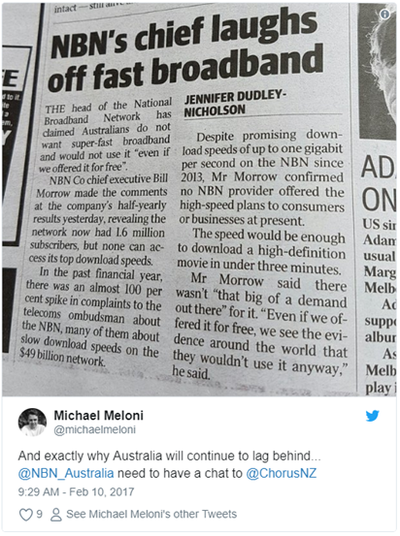 But Justin, I can still stream my Netflix shows, it only takes 30 seconds to buffer! Our internet isn’t that bad, is it?

Oh no, it most certainly is.

Australia does not crack the top 50 nations for average internet speed, and is usurped by the following countries: Iceland, Isle of Man, Puerto Rico, Kenya and Reunion.

Not all hope is lost for Australians who want to bring their internet speed into the 21st century.

The rollout of 5G is expected by 2020, and there’s plenty to be excited about.

Whether its 25 songs downloaded in under a second, an entire TV show to your device in under three seconds or an ultra HD movie in under 40 seconds, 5G has your back. 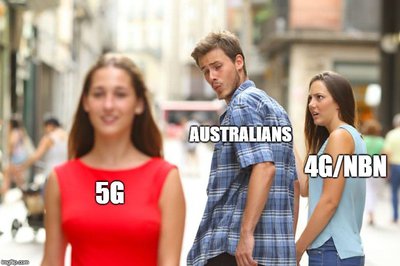 The fifth generation of wireless cellular communication has the potential to completely revolutionise the way we transmit data, and could modernise Australia’s ailing network.

Due to its incredibly low latency, there are expectations that IoT devices and autonomous vehicles will tap into future 5G infrastructure.

Nokia, Huawei, Ericsson and NTT DOCOMO are some of the key innovators behind 5G, with the latter moving full ‘speed’ ahead in tests.

Ericsson is the most impressive player in the 5G space, having achieved the following:

Japanese telco group NTT DOCOMO is also a must watch, having consistently improved its own data transmission speeds.

The company is preparing to launch commercial services for the upcoming 2020 Summer Olympic Games in Tokyo – which has long been rumoured as the official launch of 5G.

One of the company’s finest results was notched in May 2016 when, in cooperation with Nokia, it successfully live streamed 8k video over a 5G network (speed results were not disclosed).

As encouraging as these results are, real-world availability is still a work in progress.

The US is expected to be one of the first testbeds, with notable carriers such as Verizon confirming plans to undertake a rollout across 11 US metropolitan areas in 2019.

While widespread availability across Australia is unlikely before the mid 2020s, my days of struggling to reach 1Mbps are coming to a welcome close.

Justin Ware is a content producer based in Melbourne. His work has been featured across several platforms including Finfeed, Basketball Victoria and The Roar.