The war of words and sanctions from China has escalated over the past week and this is causing concerns not only for industry in Australia but also for all Australians.

There is a consensus from the public that China is buying up Australia, so what are the facts?

According to the Department of Foreign Affairs and Trade, the foreign investment statistics indicate that China is sitting in ninth place with just 2 per cent of the total investment in Australia, while Hong Kong is in fifth place with 3.7 per cent.

The leading foreign investors in Australia include the US with 25.6 percent followed by the UK sitting at 17.8 per cent.

Despite China only ranking in ninth place, it does make strategic investments such as the acquisition of the milk processing company Bellamy’s, which it did last year and they continue to buy farmland around Australia.

The Chinese tended to buy more of our residential and commercial property after the government changed the foreign investment rules over a decade ago, causing our property markets to rise strongly, which has presented challenges for Australian families wanting to buy their own home.

While the government wound back these rules in recent years, resulting in fewer purchases by the Chinese, this may not last forever.

China is our biggest trading partner and there is no question that they need Australia to help their growth plans, so you have to wonder why they are going down the path they are at present, as they seem to be achieving the opposite of what they want.

Australians are fed up with the recent attacks from China and are asking our politicians to not just stand firm, but to strengthen laws around Chinese investment in Australia.

The Chinese have so far stayed away from implementing tariffs on iron ore, which is the one thing they need from Australia, and I do not believe this will change, which means our miners will be safe in the near future.

However, investors need to exercise caution if they own companies that heavily export to China, like Treasury Wines Estate. In fact, now is not the time to cherry pick stocks that have fallen heavily because of the tariffs in an attempt to grab a bargain, as this is very high risk.

Dale Gillham is Chief Analyst at Wealth Within and international bestselling author of How to Beat the Managed Funds by 20%. He is also author of the award winning book Accelerate Your Wealth—It’s Your Money, Your Choice, which is available in all good bookstores and online at www.wealthwithin.com.au

Latest articles on Wealth Within 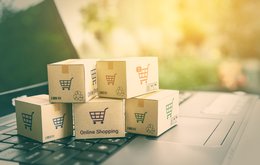 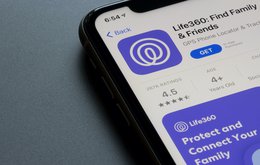 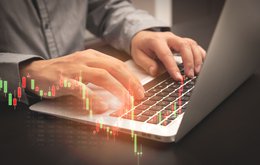 Explainer: What is a market cap and why is it important?

Whilst the first visual point of call when observing a publicly traded company online is its share price and chart, perhaps the most indicative and telling value for any investor is the market capitalisation.