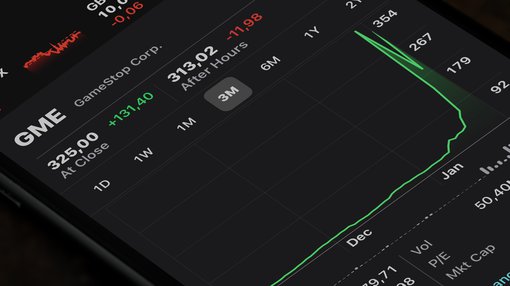 We all know the saying that history repeats itself, yet when some mass event occurs we tend to think this time it will be different, which is even more prevalent in those who are younger or far less experienced.

I say this because for centuries, the cycles of fear and greed in the stock market cause bubbles, whether it is with individual stocks or markets and with every bubble there is the inevitable bust that leaves destruction and devastation in its wake.

The challenges with COVID-19 on our ability to work and our lives, has now created another wave of new market participants with traders now speculating on apps that makes trading appear like a game as well as chat forums ramping up the price of speculative stocks.

As always, it is the young or less experienced that are attracted to this in the hopes of making a fortune.

Last week, GameStop, which is a video game retailer, gained notoriety after retail investors in the US pushed the share price up around 1,900 per cent over the last three weeks (although as of writing the shares have sunk as trading platforms restrict trading on this stock).

Surprisingly, an Australian stock with the same stock code, which is a mining company, has risen over 20 per cent during the same time and over 50 per cent in the last month, as retail investors bought into what they thought was GameStop.

Again, history is repeating itself with the inexperienced falling prey to the herd mentality and while they may be making money now, history reminds us that this will change.

While the names and technology involved may be different, what has not changed is human psychology, as fear and greed is running the herd just as it has done in the past and will do in the future, in a cycle that I call rinse and repeat.

When it comes to the stock market, nothing replaces knowledge and experience and those who do not heed this advice are bound to fall into the same traps of those who have come before them.

5 tips for handling the new stock market norm Explainer: What is a market cap and why is it important? A retail investors guide to all things ‘Pre-Feasibility Study’ Three mistakes to avoid when calculating portfolio return