Emerging Australia’s gold mines by production, grades and costs Part 3: Grade is king, but costs are the crowning glory 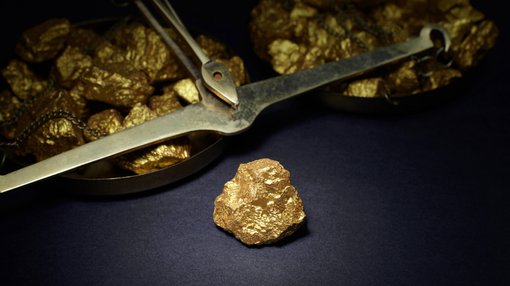 In the final part of this three part series about AISCs, we examined five emerging gold stocks that had the potential to transition to low-cost miners due to the various characteristics of the resources identified to date.

Of course, this assessment looked closely at those factors that often assist in driving down production costs, otherwise referred to in the mining industry as all in sustaining costs (AISC).

When it comes to low-cost mines, some common denominators are large-scale projects with easily accessible high grade mineralisation, which often translates into more economical open pit mining rather than capital intensive underground operations.

The other key factor we mentioned was the substantial benefits of by-products, usually referred to as credits where other minerals can be economically extracted and processed.

In the case of gold mines, this secondary metal is often copper and there were some classic examples in part one, including Evolution Mining’s Ernest Henry mine where revenues from the sale of copper exceeded operating costs leading to a negative AISC.

Read parts one and two:

Today, we examine the remaining five gold stocks looking for the next Ernest Henry.

The project has over 135 kilometres of drilling completed in more than 1,100 holes, providing the group with a good understanding of the area’s geological features, an essential element in establishing a successful mining strategy.

Nusantara’s strategy is to grow the resource base and support a mining operation beyond the initial project life of 11 years.

While a long mine life is favourable and something that most of the majors strive for, the company will be looking to maximise production on a year by year basis rather than simply extending mine life.

A DFS completed by the company supports production of approximately 100,000 ounces per year, but the key takeaway was that it projected AISC of US$758 per ounce, implying a healthy margin of more than US$500 per ounce or roughly $750 per ounce in Australian dollars.

Crunching the numbers, a 7% grade uplift and an additional three years of mine life would significantly enhance project economics, resulting in a net present value of US$250 million as opposed to the current valuation of approximately US$150 million.

That would be a handy near-term goal for management to strive for.

As we mentioned in part two, there has been an elevated interest in Prodigy Gold (ASX:PRX) since it announced a joint venture agreement for the development of the Tobruk Project in the Tanami gold fields of the Northern Territory.

Importantly, Newmont Goldcorp has a long and successful history in the Tanami area including the development of the nearby Callie Gold Mine into a world-class 14 million ounce project.

Prodigy is focusing on the Bluebush project which is along strike from Callie and the Suplejack Project 15 kilometres to the north of Northern Star’s (ASX:NST) 1.6 million ounce Groundrush Gold Deposit.

Key features of the operation are that it is an underground mine with a healthy average grade of 7.1%, and it was the third largest producer in the March quarter with 131,000 ounces.

Consequently, the key factors that could come into play for Prodigy in terms of establishing a low-cost operation are scale and grades with the latter being characteristic of most Northern Territory gold deposits.

Prodigy Gold now has more than $33 million in funding agreements from JV partners to accelerate discovery across the company’s entire exploration portfolio, including JV’s with Independence Group (70/30) and Newcrest Mining (earn-in stage) that have already generated high-quality targets which are currently being drilled.

The company’s share price is likely to be news driven in 2019, and investors should be on the lookout for drill results that reflect high-grade mineralisation.

While the company isn’t a pure gold play, its high-quality gold and copper-gold assets, one situated in the Olympic Dam IOCG (Iron Oxide Copper Gold) corridor and the other in a highly prospective region of North Queensland, make it too good to pass over.

With regards to the former, SER was awarded an exploration licence (EL6335) in April for a landholding 60 kilometres north-east of Oz Minerals’ (ASX:OZL) prolific Prominent Hill copper-gold mine, situated in the IOCG province of South Australia.

This is one of the most economically viable mining regions in the world, courtesy of the by-product credits from gold production.

As well as Prominent Hill, Oz Minerals also has the Carapateena copper-gold project which lies to the south-east of Olympic Dam.

Highlighting the benefits of gold credits, a recent scoping study showed that the mine could produce approximately 120,000 tonnes of copper per annum at all in sustaining costs of about US$0.95 per pound, implying a healthy margin of about US$1.80 per pound based on the current copper price.

Deposits in this region have historically yielded large, long life production, a good reason to keep an eye on SER.

However, investors focused on assets that are more of a pure gold play would be impressed with SER’s Saxby Gold Project in the Mt Isa province of Queensland.

The Saxby Gold Project is the most significant gold exploration prospect in the north-east Mt Isa Province region.

Preparations for drilling are well advanced with management expecting to commence around July.

Once again, this is likely to be a news driven story in 2019 with numerous catalysts on the horizon.

Assay results that bear similarity to historic drilling are likely to get the company’s share price moving, as is an approach from FMG regarding the group’s Myall Creek project in South Australia’s IOCG corridor.

Looking at factors that could contribute to low AISC projects, SER has it all.

Saxby boasts high-grade near surface mineralisation with the potential for copper given Mount Isa’s history.

The group’s Myall Creek and EL6335 holdings are situated in a region that is famous for multi-commodity developments with Olympic Dam and Prominent Hill being standout performers.

Shares in Saturn Metals Ltd (ASX:STM) have increased more than 50% since April.

The company raised $1.5 million on Wednesday by way of a share placement priced at 21 cents per share with the funds to be used to accelerate a drilling program at its Apollo Hill Gold Project near Leonora in Western Australia.

Management anticipates that this will lead to an upgrade in the Mineral Resource which currently stands at 20.7 million tonnes grading 1 g/t gold for 685,000 ounces of gold.

In terms of Saturn’s ability to meet the low AISC criteria, the aggressive targeting of high-grade gold mineralisation around recently discovered shallow intersections bodes well for the company.

The extension of the current lode, combined with the introduction of higher grade ore should substantially improve project economics.

There could also be share price catalysts in the offing as assays are pending for 18 recently finished reverse circulation and diamond drill holes.

Having an established resource, albeit low grade, is an advantage particularly if new high-grade feed can be introduced.

VMC is purchasing a combined 90% interest in the tenements alongside joint venture partner Rox Resources Ltd (ASX:RXL), and will act as manager of the JV.

Taylor will hold the remaining 10% stake.

The two tenements are strategically important for VMC, located in the central part of the Youanmi Project within and surrounded by VMC-RXL joint venture tenements.

This is a highly prospective area as Currans Find lies along strike and only five kilometres from the high grade Penny West Deposit where a promising new discovery was made in early March, followed up by the release of outstanding early stage assay results, including 5.0 metres at 28.9 grams per tonne gold.

Consequently, the territory under exploration definitely has the potential to deliver robust grades.

It recently became evident that Venus is more than just a nearology play with Taylor having identified near surface untested strongly gold mineralised quartz reefs at Currans Find.

Just a week after the purchase agreement was negotiated, Taylor identified a near surface untested strongly gold mineralised quartz reef at Currans Find.

This reef informally named Taylor Reef occurs in an area where little historical drilling has taken place, and it therefore forms a high priority target for the upcoming drilling program.

Traditionally this area has a north-east trending reef, but this new area of mineralisation has a more easterly strike orientation, perhaps indicating that a new zone has been identified.

Consequently, in terms of determining whether Venus may have snared a landholding could host a low AISC deposit, grades and the depths of mineralisation will be key components to watch as drill results come to hand.

Post COVID stocks to watch Should you get a Life ... 360? Trading commission fee is costing you more money than you think Understand what you buy

Gold glitters in perfect storm Part 3: The final five stocks to keep on your radar