PCF Capital Group, a provider of corporate advisory services to the mining and resource sector, has released a report, highlighting current gold all in sustaining costs (AISC) for Australian and New Zealand gold operations.

While we provide profiles of high performing mines and companies featured in the report, it is important to gain a thorough understanding of what makes up AISCs, and how important this metric can be especially during periods of commodity price volatility.

AISCs are the costs attributed to production at operating mines, and they are an important focus in gauging a project’s commercial viability. It is important to note, that they don’t include the costs such as building a plant and establishing the infrastructure required to bring a mine into production, commonly referred to as upfront capital expenditure (CAPEX).

AISC is a similar measure to what you might find in anything from manufacturing to retail, only in other sectors acronyms such as CODB (cost of doing business) and COGS (cost of goods sold) are applied.

Because the mining industry is subject to unpredictable and uncontrollable commodity price movements, AISC’s costs are what some mines live and die by.

For example, a marginal gold producer that has AISCs of US$1200 per ounce is sailing close to the wind based on the current gold price of around US$1280 per ounce.

On balance, such a company would be much more prone to significant share price volatility in the event of commodity price weakness than a stock with lower costs of production.

The interesting aspect of the AISC metric is the number of factors that feed into the final figure, and similar to any other sector costs, they can vary from month to month and year to year. 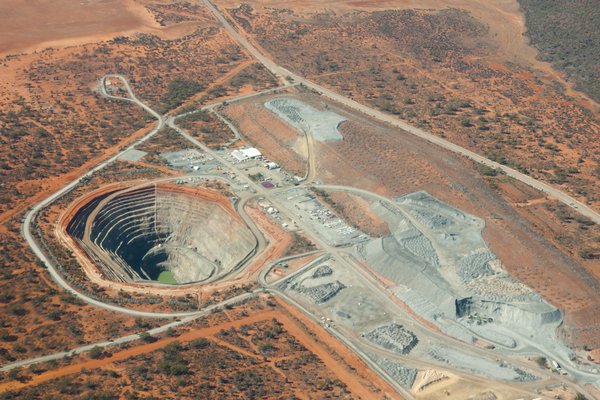 Different treatment processes that may be required because of the composition of the mineral or the amount of ‘waste’ that needs to be separated to extract the ore also impact the cost of the end product.

Factors such as these can impact decisions such as the economic viability of mining higher grade ore at lower depths where the potential revenue generation is weighed up against the increased mining and processing costs.

Production volumes also feed into the end result with the increased revenues from large-scale production proportionately decreasing the fixed operating costs of running a plant.

As an adjunct, we’ve spoken before about the impact of foreign exchange rates, in particular the advantages currently being experienced by Australian gold producers.

While this isn’t a metric that necessarily comes into play in calculating AISCs as foreign exchange rates impact the top line, it does become a significant factor where companies benefit from the sale of by-products.

Simplistically, a mine operating in the US generates revenues of about US$1280 per ounce based on the current spot price, whereas an Australian mine based on an unhedged sale price is receiving $1850 per ounce in Australian dollars.

Suffice to say that the cost components of the mine operating in Australia will be impacted by wages and contracting outgoings paid in Australian dollars.

By-products drive down costs of production

The lowest cost mines generally have one factor in common - they are multi-commodity producers that benefit from by-product credits which reduce the costs of production.

For example, in the gold sector, the by-product is quite often copper.

As a case in point, a mine that produces 100,000 ounces of gold and 10,000 tonnes of copper per year at a cost of US$1000 per ounce, not including revenues generated from the sale of copper, will have AISCs well below US$1000 per ounce after the by-product credits are taken into account.

With the copper price hovering in the vicinity of US$6000 per tonne, revenues from the sale of 10,000 tonnes could be in the order of $60 million.

This would effectively provide the producer with a healthy margin of approximately US$900 per ounce at today’s rates, making it a much more economical mine given a standalone gold operation would only be delivering a margin of about US$300 per ounce.

Of course, in the case of an Australian producer the cost of production offset would be in the order of $8700 per tonne of copper ($87 million based on production of 10,000 tonnes per annum) because of the favourable AUD:USD exchange rate.

The cream of the crop

Below is an excerpt from PCF’s report on the lowest operating cost mines, which goes on to discuss the 10 most economical gold producing operations in more detail.

This is only an overview of a much more comprehensive report, but it provides an interesting insight into the operations of companies of all sizes with one notable performance being an AISC of, believe it or not, negative $510 per ounce.

It also highlights some of the aforementioned contributing factors we referred to - bear in mind the current spot price is approximately US$1280 or AU$1850 based on an AUD:USD exchange rate of 68.8 cents.

Evolution Mining’s (ASX:EVN) part of the Ernest Henry operations was the lowest cost producer reporting an AISC of A$-510/oz followed by Newcrest’s (ASX:NCM) Cadia Valley operations with an AISC of A$206/oz, then by Kirkland Lakes' (ASX:KLA) Fosterville mine (A$442/oz).

It should be noted that Ernest Henry and Cadia Valley benefit from significant base metal by-products.

Aurum Analytics’ estimate of these operations AISC on a co-product basis (CoAISC) is as follows;

The lowest cost “gold only” operations were Kirkland Lakes' Fosterville mine with an AISC of A$442/oz, then Westgold Resources' (ASX:WGX) Fortnum mine (A$937/oz) and Newmont's (NYSE:NEM) Tanami mine (A$953/oz).

Kirkland Lake’s Fosterville mine again took out the honour as the operation with the highest average feed grade with 29.00 g/t, followed by St Barbara’s (ASX:SBM) Gwalia mine 11.50 g/t.

The lowest grade mine was Evolution’s Ernest Henry processing an average head grade of 0.56 g/t.

The high-grade operations that do not report an AISC were AuStar Gold's (ASX:AUL) Morning Star mine with 10.26 g/t and Mandalay Resources’ (TSE:MND) Costerfield mine with 5.00 g/t.

While March quarter production of 22,400 ounces at a very low head grade looks underwhelming on the surface, the production of 4800 tonnes of copper was instrumental in the group generating record net mine cash flow of approximately $60 million in the quarter.

For the record, the company sold nearly 4600 tonnes of its copper production at Ernest Henry at a price of approximately AU$9260 which implies sales revenue of $42.6 million.

One of the factors this report indicates is that companies don’t have to be large to generate robust profits and returns on capital invested.

It is all about the multiple ingredients that go into producing a product that generates optimum financial returns for investment.

While PCF focused on producing mines, tomorrow Finfeed will be examining emerging players that have the potential to develop mines with a high return on capital invested.

In doing this we will examine early indicators such as grades, resource size, vicinity of mineralisation to surface and the prospect of generating income from by-products.