Why iron ore spiked, and why it probably won’t last 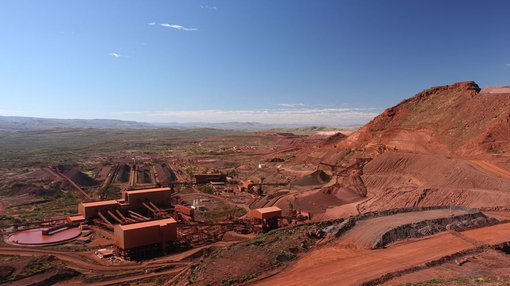 You may have seen around the place that the price of iron ore jumped by upwards of 19% yesterday, but this seems to be squarely in the ‘spike’ category rather than a catalyst moment.

So, what prompted it all?

The Chinese government is now targeting growth of 6.5% to 7%, quite healthy growth figures which suggest the central government is going to attempt to keep the foot on the accelerator rather than cool the overheated market.

It also seems that comments from Chinese Premier Li Keqiang, the second most powerful man in China, prompted the spike by saying that the country would spend 800 billion yuan ($A164.3 billion) or railway construction and 1.65 trillion yuan on building roads.

Both of those things require steel, which in turn requires iron ore.

The announcement was likely in response to a flagging manufacturing sector in China, which has suffered with overcapacity issues.

In short, there’s not enough work for them to do, which is rare.

One Australian company, NSL Consolidated (ASX:NSL) has sought to take advantage of this situation by effectively re-negotiating contracts on key fabrication orders.

Iron ore which has been shipped from China has merely been stockpiled, laying in wait until there’s actually enough construction drivers for manufacturers to use all that steel.

The picture wasn’t great for iron ore exporters going into 2016, either.

According to Shanghai Steelhome Information Technology Co., which tracks commodities in Chinese ports, there was 93.1 million tonnes of iron ore laying in wait at Chinese ports in the final reading of 2015.

So, the demand driver will clear all that capacity from the ports as manufacturers start building rail and roads, right?

Several commentators and analysts have told investors to cool their jets on the news.

Bloomberg quoted chief investment officer of wealth management at Northern Trust Corp Katherine Nixon as saying that the spike was more a function of trading than market fundamentals.

“These kinds of rallies tend to be rare and short-lived,” Nixon said in an interview with Bloomberg Television on Monday. “You had deeply oversold markets that had significant short positions that people are rushing back into cover.”

Meanwhile, The Wall Street Journal quoted analyst from Societe Generale Robin Bhar, backing up Nixon’s position that it was more about the market than the actual buying of steel or iron ore.

“We don’t have enough evidence to suggest a turnaround. We’re not seeing a huge upswing in [physical] buying,” he was quoted as saying. “This is a short-covering bounce.”

The message here was that traders had positions against Chinese growth, but when the Chinese Premier made his remarks it prompted a lot of panic selling of positions.

The spike was related to trading more than evidence that steel production is picking back up, and if the government’s ambitious plans do come off they will take a number of months to work through.

That’s why the spike is unlikely to last in the shorter term, but if the Chinese government is able to work through the plans then there could be an easing of the oversupply which currently characterises the iron ore market.

In fact, investors should perhaps be a touch worried by the aggressive targets set out by the Chinese government.

There’s a school of thought that the growth in China in recent years was really build on a house of cards – fuelled by currency manipulation and less than reputable data.

It was also partially built on spiralling debt from China’s private companies which were given a mandate to build, build, build.

In fact, private Chinese debt is thought to be more than 200% of GDP – which is hardly a good news story.

The credit was mainly obtained to keep up the pace of modernisation in China, which involved the building of new buildings, roads, rail – and for a while there was good return on investment.

As you reach a point where there is less need for those things, the return, particularly on real estate, becomes less.

So will simply trying to stimulate the economy through another round of infrastructure necessarily work to get China’s GDP to that 6.5% to 7% mark? You may very well see short term spikes at play, but it hardly seems sustainable.