Right now, it’s fair to say investors aren’t exactly looking to beef up their portfolios with oil and gas stocks.

Even though there are emerging signs of a slight rebound in the price of oil – one analyst even tipping $80/bbl by the end of next year – it remains off its plus $100/bbl heyday of just a few short years ago.

In light of that statement, a pertinent question for investors looking to capture any upside oil may bring in the year ahead is: what kind of investment should they make?

As we demonstrated in the article Why are the world’s wealthiest people buying gold?, gold stocks can be used as leverage against the price of gold – with stocks amplifying the gains gold had made.

Does the same pattern play out for oil stocks?

If you want to invest in an oil company as a way to capture the upside of oil – how do you go about that?

One of the theories is that the more exposure a company has to oil in terms of reserves, the better it will be at capturing the upside (and downside) of oil movements.

We’ve picked out three of the big oil and gas stocks on the ASX and tried to get a handle on how much oil they actually have in their reserves.

If considering these stocks for your portfolio, remember investment risks do apply and it is pertinent to seek professional financial advice before making any investment decision.

If these companies have a high proportion of oil, then surely it will track the price of oil better?

There have been two major patterns with West Texas Intermediate (WTI crude) over the past year.

In the first of two pure exploration and production companies we’re focusing on, we can see while WPL followed the general slide of WTI crude earlier in the year, it hasn’t managed to capture the upside of crude since the start of the year.

One thing to keep in mind here is that WTI oil is down roughly 25% over the time period selected, while WPL is down 23.95% ­– that’s remarkably similar so does it follow the same trading pattern?

Since March WTI has gained 21%, but WPL shares have pretty much traded sideways over the journey.

That could be because it’s a gas company.

A quick look at its reserves position in its 2015 annual report indicated that its best estimate contingent resources (2C) was 4398 million barrels of oil equivalent.

The general rule with oil equivalent is that one barrel of oil has the energy content of 6000 cubic feet of gas.

In this case, 106.5 million barrels of oil were included in the oil equivalent figure.

In fact, just 2% of its 2C resources are oil – which may explain the lack of tracking to the price of oil.

WPL is concerned with liquefied natural gas rather than oil. LNG is oil-linked in pricing, but it’s not oil.

Another of the big Australian exploration and production companies – let’s see how this has tracked against WTI.

As you can see, STO has actually done pretty well as a way to capture the general trend of oil.

Since March WTI has gone up about 21%, and shares in STO have gone up 41% — almost double.

Is it because it has a higher proportion of oil in its portfolio? The answer may be in its reserves position – according to the conventional wisdom.

You can usually find these statements in annual reports.

The oil is 6% of the overall 2C resources. Is that enough to classify STO as more of an oil play than WPL?

Origin is generally considered one of the ‘big three’ Australian E&P companies, but is also in the unusual position of also being an energy retailer and one of the big LNG players in Australia.

So, how has it tracked against the trading pattern of oil?

As you can see it has followed the general pattern of oil this year.

As with STO it follows the general trend, so does it have a comparable portion of oil in its reserves?

According to its 2015 reserves statement, it has 6260 petajoules equivalent – another unit of energy. 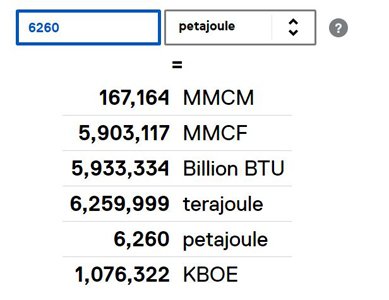 Divide that by one million and you end up with 1076.3 MMboe.

So even though it has less oil as a proportion of its reserves than WPL – it is seen as more of an analogue for the oil price than WPL.

If the amount of oil in a company’s reserve was a direct predictor of the effect of its share price, then this wouldn’t be the case.

The cold hard truth is that companies simply aren’t barometers of their underlying commodity – it does play a role, but there’s just so much more going on.

A company may be punished for bad investment decisions, rewarded if the market gets a whiff of an impending deal – there are simply too many catalysts for a company for it to be narrowed down to one thing such as the proportion of oil in a company’s reserves.

Investors are always looking for the golden bullet for investment, but maybe there’s no one weird trick

Investing in oil & gas companies will give you some exposure to the underlying commodity, but it’s far from a perfect thing.