What makes an industry leader?

“I remember my dad telling me before he died, he said, you know... don't be ashamed that you've lost everything because I know you're talented and one day you'll be successful and you've got that drive in you and he was right. It's just unfortunately he never saw it."

That quote from Ultratune’s Sean Buckley is one example of what drives an industry leader. It alludes to the support and encouragement from friends, loved ones and mentors that leads to the ultimate determination and eventually success.

You can see more of what Buckley has to say in the upcoming series of Foxtel show Industry Leaders.

The show, now in its eighth season, somewhat mirrors my career as a business editor, in that it covers some of the country’s best business operators and critical thinkers.

I have been interviewing CEOs, entrepreneurs and business leaders for longer than I can count and I have learnt a lot of lessons in that time. Some lessons I have applied, some I have written about, most have left me with at least one piece of relevant knowledge, or a thought bubble that has had a major impact on me and those around.

That’s why shows such as Industry Leaders are so important: they give us an insight into ways things can be done better. They make us look at solutions to critical problems in ways we may have not previously considered. 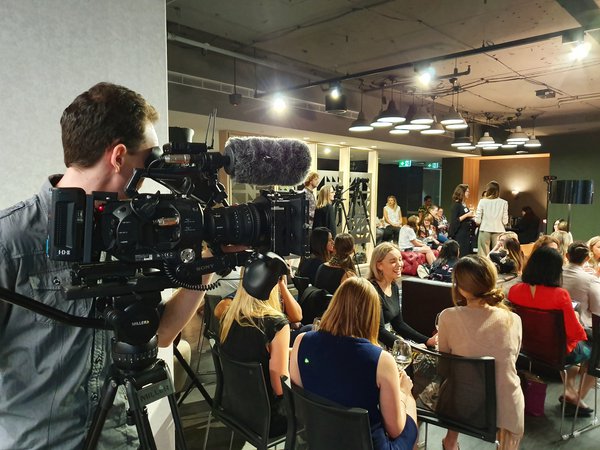 Take for example Successful Endeavours CEO Ray Keefe who says to Industry Leaders in the upcoming season, "Australia is a very rich nation. We're one of the world’s richest nations both per capita and in terms of the resources we've got. We have to stop letting advertisers tell us that our lives suck and that we need to spend more money. We need to start thinking about how we as the rich of the world can actually be helping the world with inequity problems."

Keefe founded Successful Endeavours, an Electronics Designer and Embedded Software Developer consultancy in 1997. The company was nationally recognised with a PACE Zenith Award in 2016.

Keefe certainly puts his money where his mouth is. Last year the company won an Internet of Things Award for its work on a system which detects faults and problems in SWER electrical distribution systems to help prevent bushfires. 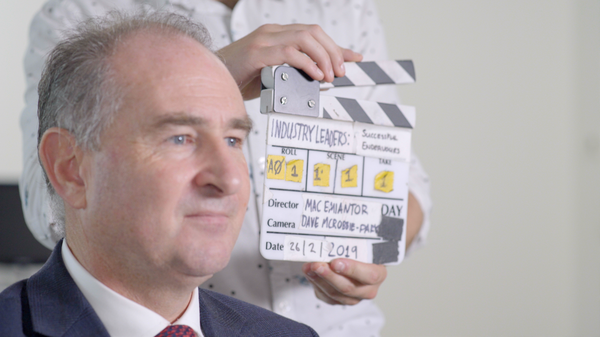 Successful Endeavours is also heavily involved in the Smart Cities space. In a recent interview with the Financial Review, Keefe said, “The national exposure will help people understand just how much above its weight Australia punches in so many industries.

“We are really good at innovation and problem solving and the creative side of things, but we are not good at commercialising things. We are really quite reserved about saying ’this is really good and really worth paying for’.

“Things go overseas not because we can’t do it here, but because we are stuck in the psychology that somehow doing it here wouldn’t work.

“Successful Endeavours makes it possible to innovate here and take projects through to commercialisation.”

Keefe is certainly passionate about his ‘endeavours’. Passion is a term we often hear out of the mouths of entrepreneurs and business leaders.

Sharrock is passionate about developing highly effective leadership. He challenges leaders of businesses and not for profit organisations to: “be different and make a difference”. And he is another who puts his money where his mouth is by facilitating a quarterly business club for business owners and managers and for CEO’s and board members of not for profit organisations: The School of Hard Knocks for Stressed Business People and Reluctant Entrepreneurs. 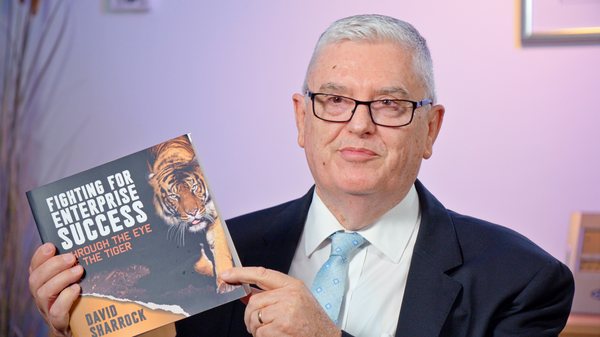 Sharrock’s catchcry is ‘Do what you think you can’t’.

I can’t do math, perhaps I should start to give it a go. In the meantime, I’ll be tuning in to Industry Leaders to get a few more valuable tips.

Editor’s note: Finfeed is now a proud partner with Industry Leaders and will be working closely with producers over the coming months as we look to share some of the great insights offered by Australia’s best business operators. Season 8 of Industry Leaders airs on Sunday April 9 at 8PM AEST on Foxtel Channel 173.