Vulcan more than doubles its share price, investors look at travel and hospitality recovery and … your five small caps to watch 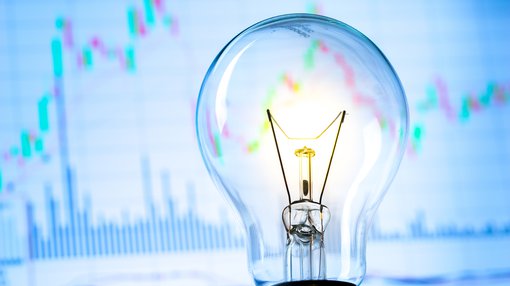 The company’s recovery on the market, is due to the work it is doing to help the world become a more sustainable place.

When COVID-19 struck, Vulcan’s stock was sold off to as low as 15 cents per share. On Friday it had climbed back up to 36 cents.

Further gains are predicted for the company, with German research house Alster Research setting a price target of $2.45 (€1.45) per share on VUL. Alster stated, this would be “the first time in our company history of 14 years we initiate coverage with a ten-bagger”.

The $15 million capped Vulcan, is attracting increased attention as it seeks to supply the crucial battery material, lithium hydroxide, to the European electric vehicle battery market (EVBM) — the fastest growing EVBM market in the world.

As the European Union has set a goal to become climate neutral by 2050, it’s not a bad space to be.

To achieve climate neutrality in 2050, a European Climate Law has been proposed that would turn the political commitment into a legal obligation and a trigger for investment.

The EU says reaching this target will require action by all sectors of the economy and includes investing in environmentally-friendly technologies, rolling out cleaner, cheaper and healthier forms of private and public transport and decarbonising the energy sector.

Importantly for the company, its investors and Europe’s sustainability targets, the Vulcan Zero Carbon LithiumTM Project became the first negative-carbon lithium project in the world — right in the heart of Europe’s auto and EV battery industry.

Investors look to tourism and hospitality

This week eToro’s Adam Vitesse wrote that “investors are looking to data showing the return of demand for travel, restaurant outings and other consumer categories. For example, while the number of passengers passing through transport security checkpoints in the US on 24 May was 87% lower than a year earlier, it was more than triple the figure on 14 April.

“Investors are also anticipating more economic stimulus to come in the US and Europe, with the European Union revealing a 750 billion euro plan yesterday after months of negotiations. There are still reasons for caution, however, with all 50 US states in some form of reopening, there are now 17 where the number of coronavirus cases are rising once again.

“Ahead of its Thursday earnings report, Salesforce announced a partnership with Workday to deliver tools aimed at helping companies reopen safely, which sent Salesforce stock up more than 2% in after-hours trading,” Vitesse says.

“Salesforce’s share price is up more than 8% in 2020 so far, as the software and services it provides stand to benefit from companies being forced to digitise their operations with their workforces stuck at home. On the firm’s earnings call, analysts will likely probe company management on how much of the temporary behavioural shift they expect to stick over the long-term. Currently, Wall Street analysts fall heavily in favour of a buy rating on the stock.”

“As with many other grocery stores, Costco found itself on the receiving end of a surge in demand thanks to shoppers stocking up on goods due to the pandemic. Its share price is up 4.1% accordingly, and 27.1% over the past 12 months. The firm reports quarterly earnings today post-market close, investors will be watching for whether demand is maintained now that the initial panic has subsided. Analyst expectations for Costco’s earnings-per-share figure for the quarter have fallen marginally over the past three months, from $2.01 three months ago to $1.92 now.”

“Following HP, rival PC firm Dell reports its own Q1 earnings today. The company’s share price is down roughly in line with the broader market in 2020, but was falling in the run up to the Covid-19 crisis, and is down 31.1% over the past 12 months.

“Similar to HP, while the firm is likely to be benefiting from increased sales of laptops, monitors and other devices while people are stuck working from home, companies are likely to be pulling back on large investment in technology at their offices or for other projects. Currently, seven Wall Street analysts rate Dell as a buy, two as an overweight and 10 as a hold,” Vitesse concluded.

Vulcan was up 28.57% on Friday on the back of the release of a Next Small Cap article. The company finished the week at 36 cents

GTR has continued its good form this week, rising 25.71% for the week.

DCX was as high as 75% this week Limited today closed up 75%, based on follow-up work at the Hornet Prospect in the southern Laverton District of Western Australia, which indicates the potential for a major new gold discovery in the region.

was as high as 62% following a follow up tender after its DroneGun TacticalTM product was selected as the preferred solution by the European Union police forces.

was as high as 36% and is still riding the wave of proceeds of US$1,140,202 gained pursuant to the Paycheck Protection Program under the US Coronavirus Aid, Relief, and Economic Security Act.

The best and worst performing sectors

The financial sector is up over 15 per cent, as the big four banks are all doing well with three currently up over 20 per cent. Consumer Discretionary and Communication Services are the next best sectors, as both are up around 6 per cent. The worst sectors include Healthcare, which is currently just in the green, while Materials and Consumer Staples are up over 2 percent at time of writing.

Of the ASX top 100 stocks, Wealth Within’s Dale Gillham says, “Virgin Money rose strongly on Wednesday and Thursday, and is currently up 37 per cent for the week, followed by last week’s worst performer, Unibail-Rodamco-Westfield, which has turned to rise around over 24 per cent so far this week. That said, I wouldn’t get too excited about this stock just yet. This is followed by three of the big four banks with Westpac, ANZ and NAB all up around 22 per cent so far. The worst performers include Newcrest Mining down over 5 per cent, Northern Star Resources down just under 5 per cent and ResMed, which is down over 3 per cent so far this week.”

“After showing signs of indecision over the past six weeks, which caused the All Ordinaries Index to move in a sideways pattern, the market has finally chosen a direction, as it moves up, “Gillham says. “While investors want certainty, this is not how the stock market works, as it runs on probability. And while the probability over the past couple of months has indicated the market has been weak, the pendulum has now swung in the right direction, as the market is looking much stronger.

“Over the past two weeks, I indicated that the All Ordinaries Index would pick a direction soon and this week it did just that with a strong rise of over 6 per cent and it is now well above the important resistance level at around 5800 points. Barring any negative news, I expect the current move up to continue over the next few weeks into mid-June and possibly late July. That said, we may see some short-term resistance around 6,200 points over the next two weeks. For those looking to enter the market, it would be wise to take a staged approach rather than a boots and all attitude.”