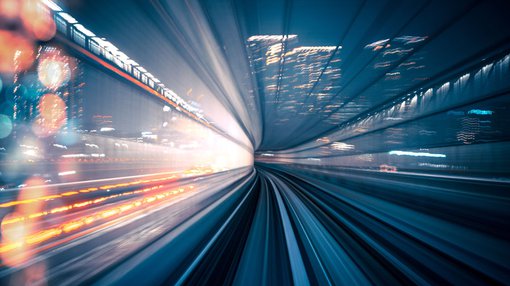 The velocity of money is the rate at which the total supply of money (M3) is turned over in the economy (Gross National Product) writes Mike Cornips.

The graph below clearly demonstrates that in both the United States and Australia, the velocity is in a remarkable downtrend, and more so for Australia. 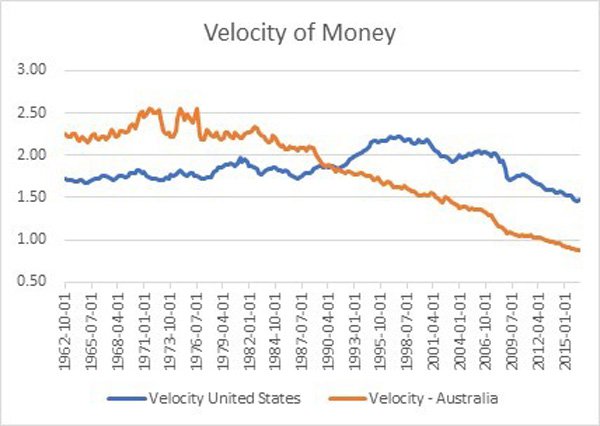 In the US, for every $1 increase in M2 (M3 is no longer published in the US), the Gross National Income increased by 65 cents.

In the US the velocity peaked in the late 1990’s (dot-com crash), and in Australia it peaked during the recession in the early 1980’s.

The graph shows that rapid deacceleration of Velocity (print more money relative to national income increases) coincides with an economic downturn – late 1980’s, late 1990’s to 2001, and the GFC in 2007-08.

The Keynesians amongst us would never have a problem more debt couldn’t solve, but if I had to borrow $1 million to increase my revenue by 41 cents or less, I probably would say it was silly.