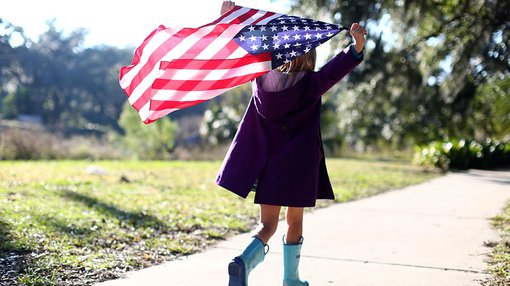 US markets emerged from Presidents’ Day as bullish as ever with all three major indices hitting fresh all-time highs. In morning trading the Dow surged from the previous day’s close of 20,624 points to 20,758 points, a gain of 0.65%.

While it retraced to some extent throughout the day, a strong afternoon session saw it close at 20,736 points.

It was a similar story with the NASDAQ as it opened strongly before pulling back midsession and then finishing strongly in the afternoon, posting a gain of nearly 0.5%. The close of 5865 points was close to the all-time high of 5868 points that it struck in early morning trading.

A mix of factors drove the rally. A circa 1% increase in the oil price which saw it hit a high of US$54.68 per barrel was a contributing factor.

Despite a fall in earnings at Wal-Mart, the same-store sales increase was seen as a positive as the company’s shares rallied 3%.

There was better news in mainland Europe as the German DAX surged 1.2% to close at 11,967 points following the release of strong PMI (Purchasing Managers’ Index) figures.

This is a good guide to the health of the manufacturing sector, hence the rally that saw the DAX hit a 10 month high.

This positive news also appeared to rub off on the Paris CAC 40 which finished up 0.5% to close at 4888 points.

Once again, the gold price held up in the face of positive sentiment across most markets. There doesn’t appear to be any sign of the precious metal being sold down due to decreased demand for its safe haven appeal.

As US markets drew to a close, gold was trading close to the previous day’s close of US$1239 per ounce.

Elsewhere on commodities markets iron ore rallied strongly to hit US$94.86 per tonne.

The Australian dollar weakened slightly to finish at US$0.768.

It is a big day on the reporting season front with the release of interim results by Fortescue Metals Group and Woolworths, while Coca-Cola Amatil will be releasing its full-year result for the 12 months to December 31, 2016