Australian employment data released for August has stumped many with a seasonally adjusted fall of 3,900 jobs nationwide, well short of the expected 15,000 jobs to be added.

Official numbers released by the Australian Bureau of Statistics showed that the national unemployment rate dropped to 5.6%, the lowest it has been in three years. 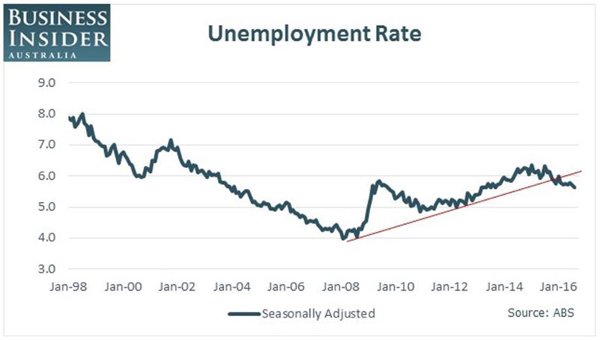 So how did the unemployment rate happen to drop when jobs were lost?

It all comes down to the participation rate which happened to fall from 64.9% to 64.7% over the period.

Reading into the figures, part-time jobs declined by 15,400 being somewhat offset by the 11,500 fulltime jobs added.

Capital Economic remains sceptical on the numbers released, claiming that 49,000 people were temporarily employed for work on the census in the month of August.

Due to many of the people contracted already having part-time employment, they would have been temporarily pushed into the full-time employed category.

In a state by state basis, we see scattered results across the nation: 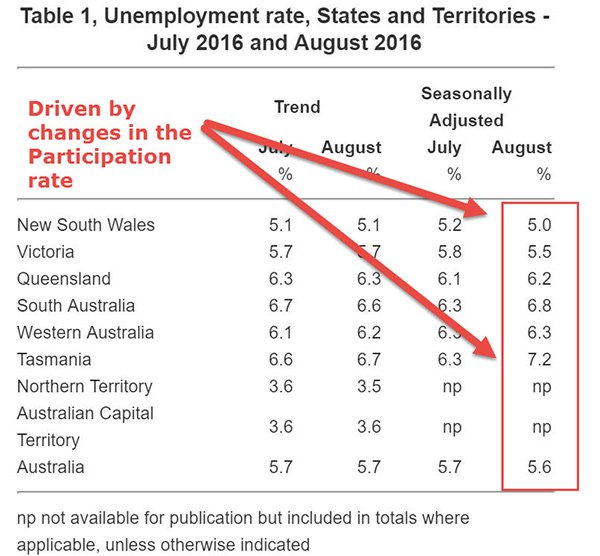 New South Wales and Queensland showed signs of a shrinking economy with 9,200 and 7,600 jobs disappearing respectively.

However in Victoria we saw an outstanding 20,700 jobs added.

Meanwhile Tasmania saw its unemployment rate jump from 6.3% to 7.2%, despite job creation being positive.

The mixed results show that the economy on a whole is sending mixed signals, making it difficult for employers and more importantly the RBA to make decisions on the economy going forward.

Policy makers will likely seek to keep the economy stable until the mixed results around the country steady.