Uber’s rise in recent years has been nothing short of spectacular. The still private company was founded in 2009 by Garrett Camp and Travis Kalanick, igniting the fuse for one of the largest transportation disruptions in modern history.

However, the taxi-disrupting tech giant has been rocked by a flurry of incidents in 2017, which have ranged from federal investigations into its business practices to reports of assaults and accidents, as well as scandals involving upper management.

As a result, Uber has fired over 20 high level employees this year, with co-founder and CEO Travis Kalanick standing down from his position in August.

Expedia success story Dara Khosrowshahi was named as Kalanick’s replacement in August, with the new CEO placing a firm emphasis on culture and evolution.

“This company has to change. What got us here is not what’s going to get us to the next level,” Khosrowshahi said in his first address to Uber’s inner sanctum in San Francisco. He also reaffirmed his intention to take Uber public ‘as soon as possible’, with the board committing to an IPO by 2019.

Considering that Uber’s current valuation sits at US$60-70 billion, the renewed push to list on the stock exchange comes as no surprise.

Kalanick was reluctant to take Uber public in the immediate future, leading some to believe that Khosrowshahi was the board’s ideal choice because he would kickstart its future listing. 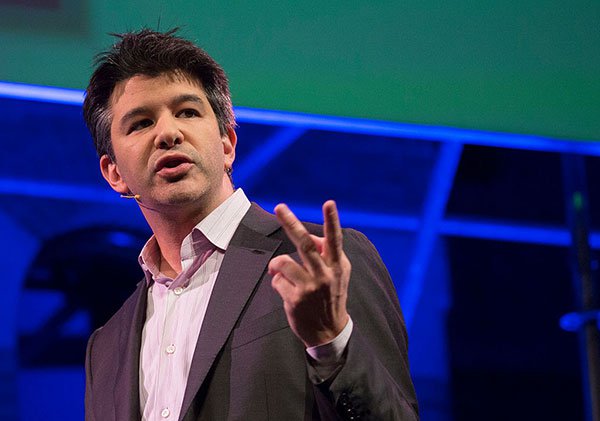 “We are going to IPO as late as humanly possible,” Kalanick said in June 2016. “It’ll be one day before my employees and significant others come to my office with pitchforks and torches. We will IPO the day before that.

“What I say is we have an obligation to ultimately find liquidity for the investors. But more importantly we have thousands of employees that own stock [who gave] their blood, sweat, and tears to make Uber a great company,” he concluded.

It is perhaps these words which led to Kalanick losing the support of the board. Yet the question for the company’s future is whether Khosrowshahi is making a mistake in his plans to list Uber.

Does Uber operate off an unsustainable business model?

Uber may now be available in 83 countries, but in light of Snap Inc.’s diabolical post-IPO performance, Khosrowshahi may want to exercise caution.

Of particular concern is the company’s business model, as debate continues around how Uber drivers are categorised.

If drivers were to be reclassified as employees, Uber’s valuation would suffer. Employees would be entitled to contractual benefits, therefore wiping millions off its bottom line. It would also be subjected to labour tax in several countries.

The company has claimed that its drivers are self-employed and uncontracted, with Uber taking a 20-30 per cent commission for connecting a driver to a passenger. While Uber has marketed itself as a tech company, many argue that it is in fact a transport company – and many believe its drivers should be treated as employees accordingly.

Yet this model, which the company has had since its launch in 2009, has allowed it to become the highest valued start-up in the world.

Controversy was ignited in October 2016 when two London-based Uber drivers sued the company over pay conditions and treatment. In a landmark ruling, the court awarded both drivers sick and holiday pay.

The result was further soured after the Transport of London stripped Uber of its right to operate in London after its current contract expires. The ruling has since been contested by Uber, but with the legal precedent now set, it has thrown Uber’s current model into disarray.

“It’s a mistake to think of Uber as an employer — it is simply a platform that allows drivers and customers to meet and trade,” Mark Littlewood said.

Littlewood, who is the director general at the Institute of Economic Affairs, has likened the company to similar services. “Uber is no different from dozens of other sharing platforms, such as Airbnb and eBay,” he said.

Nigel Mackay represented one of the drivers in the hearing. “This judgment acknowledges the central contribution that Uber’s drivers have made to Uber’s success by confirming that its drivers are not self-employed but that they work for Uber as part of the company’s business,” he said.

Roger McNamee, who is the founding partner of venture capital firm Elevation Partner, believes Uber’s valuation is precarious at best.

“Somebody may give them a proposal that looks like it’s worth $70 billion. But I will bet you anything that when the dust settles, when you unwrap the layers, it’s worth way, way, way less than that,” he said.

“This company is not worth anything like that price... the market will make that decision.”

To further compound issues, Uber’s main rival Lyft is making ground. Lyft has made significant inroads in the ride-sharing market, with the $7.5 billion start-up eyeing an expansion into the UK in light of Uber being expelled from London streets. Lyft will also expand into an additional 100 US cities this year, taking its tally in that country to 300 cities.

With its business model in dispute and Lyft threatening to steal some of its market share, Uber has been either unwilling or unable to adopt a new strategy.

Uncertainty among investors could trigger a sluggish post-IPO performance if Uber fails to adequately address these concerns before listing.

Even with most assessments putting the company’s worth at over $70 billion, it would seem Khosrowshahi has his work cut out for him if he decides to take Uber public.