Uber, but for mining trucks? 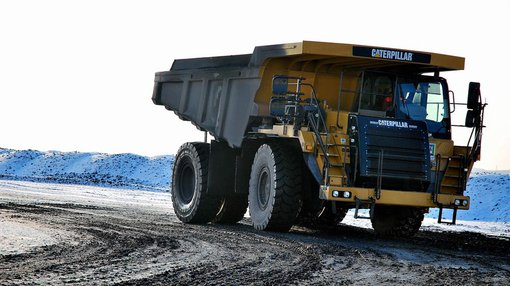 The next sector to experience disruption may not be finance or media, but instead the old-school mining equipment market.

Consultancy EY has put out its latest report on the so-called ‘yellow goods’ market, or the market for mining-specific equipment.

It reported that its Australian mining equipment index was down 46% in the 12 months to 30 September last year with auction clearance rates declining to 60%.

It also reported that there were generally declining valuations for mining equipment across the board.

With mining operations around the country closing up shop, there has been a deluge of mining equipment come onto the market, which has driven down auction clearance rates and the price of the equipment. 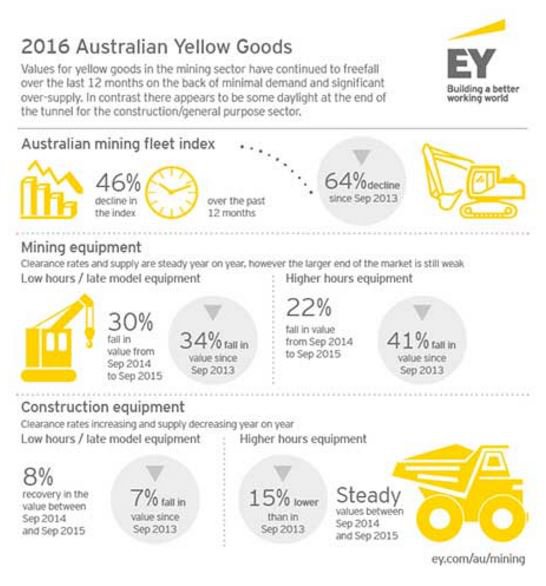 The deluge, however, has not yet turned into a flood.

“There is increasing underutilisation and assets are just being parked up,” EY’s Oceania metals and mining transactions leader, Paul Murphy, said. “But provided there is some general servicing of interest, lenders and financiers are showing a lot more patience rather than try and sell assets into a weak or non-existent market.”

With a seeming unwillingness to crystallise a loss, Murphy said there doesn’t appear to be a huge appetite for fire sales but adds that the Australian dollar could lead a few overseas buyers to tip their toes in the water.

In fact, with prices depressed and miners effectively parking their assets, there could yet be an opportunity for a savvy player in the space.

“Values are at historical lows so for anyone with scale, the finances and nerve, there is the potential to opportunistically assemble a mining equipment fleet at one-in-a-lifetime prices,” Murphy said.

“Disruptive business models to exploit underutilised capacity in the accommodation and people transport industries have been a phenomenon.

“We have significant underutilisation in mining fleets and yellow goods more generally so the conditions are right for a disruptive business model to enter this space.”