Twitter hacked, Johnson & Johnson on a tear and… Materials continue to climb

Twitter (NYSE: TWTR) was hacked this week. 15 July, 2020, will mark the day Twitter suffered the most catastrophic breach of its short history. 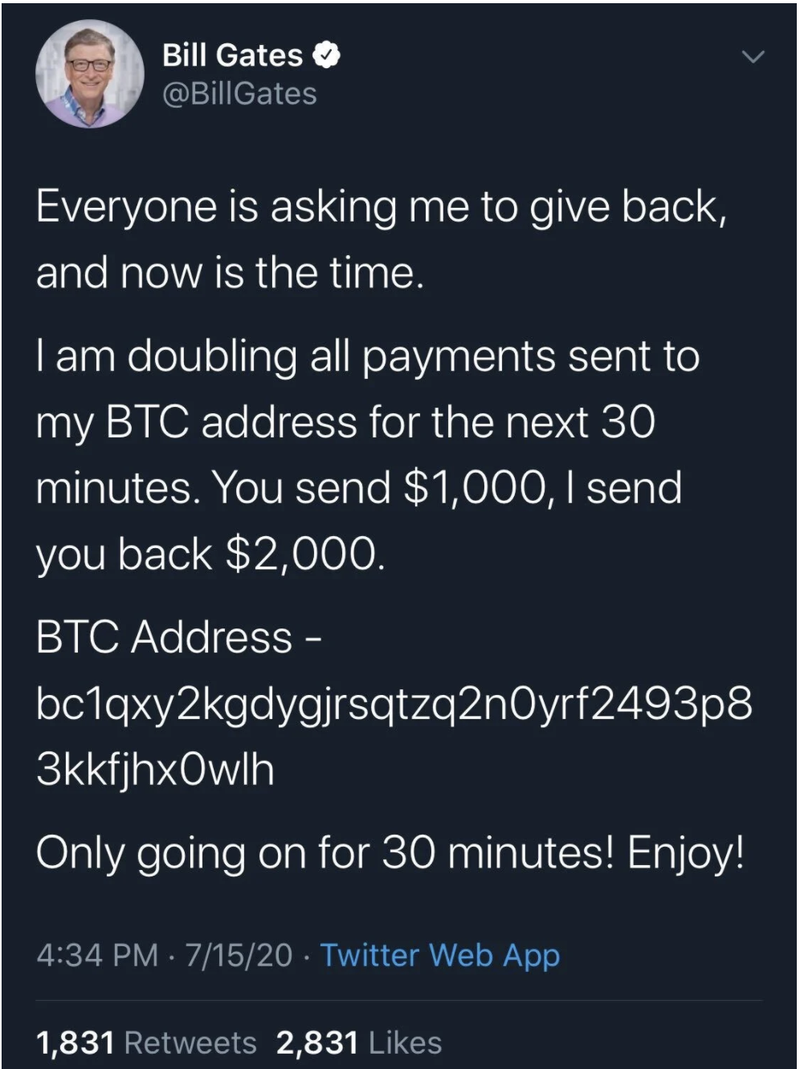 Musk’s Twitter account has been impersonated in various forms since 2018, when scammers began using a similar profile name to his to flout a cryptocurrency deal that was, as it turned out, too good to be true. Effectively, if you sent the crypto enthusiast a little currency, he’d send a lot back.

This time around, Twitter hackers broke into the social network’s own employee systems, gaining access to these high-profile accounts, and used them to advertise a Bitcoin scam.

According to the Verge, “Within the first hours of the attack, people were duped into sending more than $118,000 to the hackers. It also seems possible that a great number of sensitive direct messages could have been accessed by the attackers. Of even greater concern, though, is the speed and scale at which the attack unfolded — and the national security concerns it raises, which are profound.”

There is speculation this is the second inside job at Twitter this year.

“We detected what we believe to be a coordinated social engineering attack by people who successfully targeted some of our employees with access to internal systems and tools,” the Twitter Support account said.

There are broader ramifications. Twitter disabled accounts that have attempted a password change in the past 30 days as a precautionary measure as it worked to resolve the hack’s underlying cause.

However, many rely on Twitter for emergency services announcements and were left in the dark by the shutdown. For example, The National Weather Service in Lincoln, Illinois tweeted a tornado warning just before it went dark, potentially leaving many in the weather zone unarmed.

The hacking of Joe Biden’s account in an election year, could also have ramifications.

According to eToro’s Adam Vitesse, Twitter’s share price took a hit in after-hours trading as a result, shedding 5%. 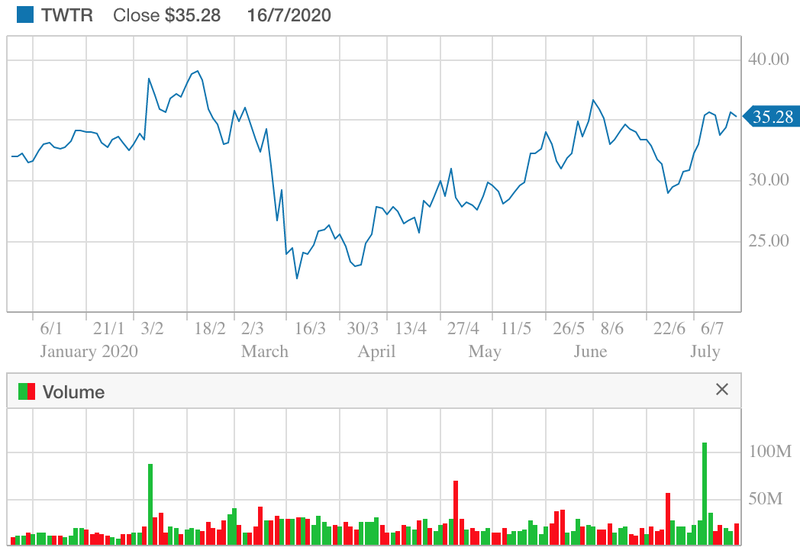 The Twitter hack highlights the vulnerability of social media platforms and how anyone is vulnerable to a hack.

The best thing you can do is find the best ways to protect your data and security and hope that your favourite social media outlet isn’t attacked.

It’s not all doom and gloom, there are several stocks and sectors that are performing well.

“Its pharmaceutical arm is into clinical trials of a Covid-19 vaccine, while its consumer brands may have benefited from customer stockpiling. The company reports its latest quarterly earnings on Thursday, where vaccine progress and consumer demand trends will likely be a key focus of analysts. Johnson & Johnson stock is close to flat year-to-date; currently 13 analysts rate it as a buy or overweight, and seven as a hold.

“Streaming service Netflix has been a pandemic success story, with its share price jumping more than 60% year-to-date, as consumers stuck at home turned to their televisions for entertainment,” Vitesse says.

“In Q1, the company added 16 million new subscribers to take its total past 180 million; investors will be watching closely to see how much of that coronavirus-induced growth was sustained into the second quarter. Wall Street analysts are anticipating an earnings-per-share figure of $1.82, up from a predicted $1.54 for this quarter three months ago. On Wednesday, a Morgan Stanley analyst reportedly upped their 12-month price target on the stock to $575, versus its $523 Wednesday closing price.”

Vitesse says US banks should also be on the watch list with the Bank of America and Morgan Stanley reporting their Q2 earnings and investors watching closely for whether trading revenue can prove the supporting factor in Q2 it has for other banks and the scale of loan loss provisions. Wall Street analysts currently swing in favour of an overweight rating on the stock.

At time of writing Materials was the best performing sector up over 3%: BHP (ASX:BHP), RIO (ASX: RIO) and Fortescue Metals (ASX: FMG) all had strong rises. Utilities and Consumer Discretionary were up over 2%. However, Technology was down over 3% followed by Healthcare, slightly in the red and Communication Services just making it into the green.

Of the ASX top 100 stocks, the best performers were resource companies: Whitehaven Coal (ASX:WHC), Fortescue Metals and Alumina (ASX:AWC) were all up over 8% at time of writing on Friday. Meanwhile Xero (ASX: XRO) was down under 4%. Could it be retracing? Evolution Mining (ASX: EVN) was down over 3% and Orora Ltd (ASX: ORA) was also down just under 3%.

Wealth Within’s Dale Gillham says, “Once again, the All Ordinaries Index is still lacking any real direction as it continues to trade up one day and down the next. This week the bulls have pushed the Australian market slightly higher, but it remains to be seen if this will continue to break the current sideways pattern the market seems to be in. Since 1 June, the Australian stock market has risen just 4%, as the market is quite nervous given the US is now releasing second quarter earnings reports. If there is any bad news in these reports, we are likely to see the Dow Jones drop and a ripple effect flow on to our market.

“I still believe there is time for our market to rise over the next few weeks to trade to around 6,600 points, which is due to occur in the next two to four weeks. That said, if the bears take hold of the market, then we may have already seen the yearly high and we need to expect further falls. For now, until the market picks a direction, it is best to exercise caution if you intend purchasing stocks.”