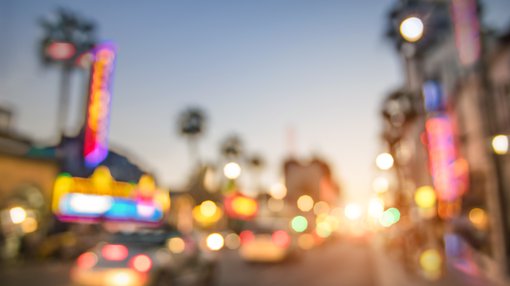 There was an air of uncertainty surrounding US markets on the eve of President Trump delivering his address to Congress which should incorporate commentary on issues such as infrastructure planning, tax reform, and regulatory changes in the financial industry.

Delivering on the key issues that have driven the substantial and sustained run in equities will be crucial in terms of maintaining market equilibrium. While good news appears to be factored in, suggesting little likelihood of a continued substantial run in equities markets, should Trump not deliver what the market is expecting the retracement could be severe.

This should be the first real litmus test for Americans to decide whether they really are ‘winning’ under a Trump administration or whether they have just been living in La La Land emboldened with confidence by a figurehead moonlighting as the US president, one who often sounds very similar to the celebrity in the following clip.

With uncertainty prevailing, the Dow spent the majority of the day in negative territory, and finished broadly in line with the previous day’s close of 20,821 points

Key movers were in the defence contracting sector after Trump said his first budget would include a 10% increase in military spending. Lockheed Martin gained more than 2% and Boeing Co was up approximately 1.3% as markets drew to a close

The NASDAQ ran strongly in afternoon trading, finishing up 0.2% at 5858 points.

Fluctuations in the gold price throughout the day’s trading reflected the mood on Wall Street. The precious metal traded as high as US$1265 per ounce until midday, but as the Dow and the NASDAQ staged a recovery it retraced to close at $1255 per ounce, down slightly on the previous day’s close.

UK and European markets were also flat with the FTSE 100 closing at 7253 points, representing an increase of 0.1%.

In mainland Europe the DAX gained nearly 0.2% to close at 11,822 points, while the Paris CAC 40 finished in line with the previous day’s close.

On the commodities front, oil flatlined finishing in the vicinity of circa US$54 per barrel.

Nickel was the pick of the base metals as it gained 1.8% to finish at US$4.98 per pound, inching closer to the recent two month high of US$5.02 per pound.

Elsewhere, copper and lead were relatively flat while zinc came off nearly 1%.

The Australian dollar finished at US$0.768.