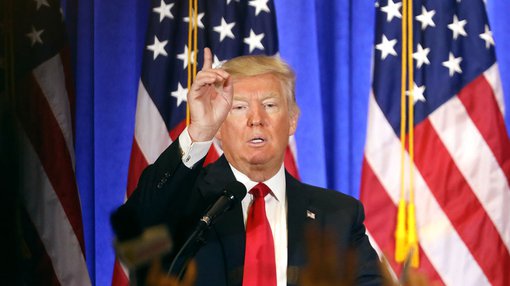 With generally negative leads from US and European markets Australian stocks could come under pressure on Friday. Furthermore, Trump related volatility rocked US markets in early trading with the Dow coming off nearly 200 points to hit a low of 19,770 points.

While the index recovered some of this loss ground other indicators suggest that his first speech as the incoming President of the United States has unsettled investors.

Wall Street’s fear gauge, the CBOE Volatility Index (VIX) was up 1.8%, and this comes after an even sharper spike yesterday which was the most substantial daily rise since November.

Another important pointer was the movement in the gold price. As the Dow plunged, the safe haven precious metal touched on US$1200, once again a level it hasn’t been seen since November.

The FTSE 100 was relatively flat, but all eyes were on the Dax as it slid 125 points or 1%. Germany has been one of the world’s most significant beneficiaries of globalisation and relatively open trade markets.

The threat of Trump policies impacting its export businesses comes just after the index had retraced from Brexit, another development that has the potential to stifle Germany’s manufacturing and export businesses once promises translate into policies.

However, it wasn’t all bad news with an across-the-board increase in base metal prices combined with increased interest in gold and another 1.5% gain in the oil price likely to drive mining and energy stocks higher.

The rally in copper was particularly strong with the price increasing from approximately US$2.56 per pound to push above US$2.62 per pound, a level it hasn’t traded at for more than a month.

Copper gold stocks may be worth targeting with the likes of Newcrest Mining, Sandfire Resources and Independence Group fitting that mould.

There could also be support for emerging players in the copper space such as Metals X which is working towards ramping up production at the Nifty copper mine in Queensland after taking over the asset following the acquisition of ASX listed Aditya Birla.