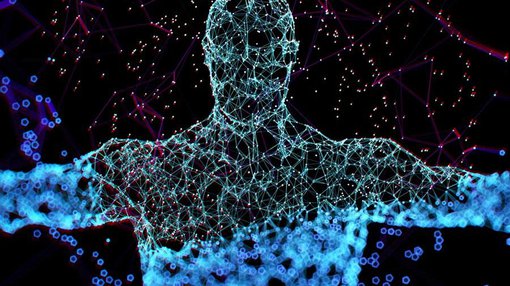 In times of great change, and with all the information in the world available to anyone who cares to look, the global landscape is well and truly changing.

So with the year 2016 almost behind us we peek over the horizon to see what’s to come in technology, business and general industry.

Governments around the world are slowly making the move to a digital currency by removing physical cash from circulation one note and coin at a time.

On November 8th, India removed the 500 and 1,000 rupee notes from circulation causing nationwide queues at ATM machines with people seeking to change out of the currency units.

Australia is also mulling the idea of removing the $100 note, with the Australian branch of Citibank announcing it is going cashless at some of its branches.

Sweden is leading the charge in that respect with over half of the 1,600 Riskbank branches no longer keeping cash on hand or taking cash deposits.

Whilst some people are looking for alternatives to central bank controlled currencies through avenues like Bitcoin and similar decentralised crypto-currencies, others are resorting to converting their paper money into precious metals such as gold and silver.

Whilst much of the hype surrounding virtual reality at present is in gaming and the adult entertainment industry, the technology will soon expand its horizons.

VR technology will begin to replace the costly and outdated industrial age education model as more education material is built for VR platforms.

Online education is already replacing traditional forms of education, VR is the next step in this evolution.

Through VR technology people of all ages are able to learn about any topic available in an interactive immersive environment, all in the comfort of their own home.

What followed was a multi-decade trillion dollar ‘war on drugs’ which has seen millions of people put in prison for victimless crimes – just for possessing a harmless plant.

This will all change in 2017 as the medical benefits of marijuana continue to be validated by scientific studies.

The cat is out of the bag with regards to cannabis, and with the money made from the recent legalisation in US states such as Colorado, it’s only a matter of time until other states and governments around the world cave in to pressure to legalise the plant and reap the benefits in the form of taxes.

With Canada set to legalise marijuana for recreational use in 2017.

Opportunities will present themselves for investors seeking to gain access to medical and recreational cannabis producers and suppliers of the product.

The news media, for those who are not aware, was designed to act as the fourth estate and keep politicians and the power structure in check by keeping the public informed.

In more recent years however, the mainstream media has lost trust amongst its once loyal audience, with millennials overwhelmingly rejecting mass media as a source of news.

Instead they use blogs, forums and social media to stay informed.

It could be argued that this has come about as the mainstream media has become a mouthpiece for the people it was supposed to keep under the spotlight.

Over the past month calls have been made to ban ‘fake news’ outlets from the internet. Essentially these are sites who disagree with the mainstream narrative on worldly events.

A ‘Ministry of Truth’ will soon be established by Google and Facebook to censor what it believes to be inaccurate news, literally taking a page out of George Orwell’s 1984.

With mainstream media taking a massive hit in revenues, (NY Times dropping 95% profit last quarter) they will continue to lay off staff and hence only focus on the main stories.

This will create opportunities for bloggers or vloggers in niche topics and sharing platforms that are uncensored.

Autonomous driving vehicles will experience a breakthrough in the year ahead.

With all the big tech and auto companies piling in billions of dollars into this soon to be created market, it’s only a matter of time before driverless technology becomes the new norm.

What Uber did to the taxi industry was revolutionary, however that was nothing compared to the next phase where companies like Uber have cars driving around with no one steering the wheel.

Elon Musk from Tesla outlined his goal to have owners of his motor vehicles be able to send their car out when not in use and be used to generate passive income by driving people around on its own.

Hopefully this decreases congestion on our roads and the need for parking spots in Metro and highly visited locations.

Today we looked at only the top trends we see taking place in 2017, however with a rapidly changing landscape in all industries, largely driven by the internet and technology, expect the next 10 years to generate more change than in all of recorded human history.

We truly live in the most interesting time in history.