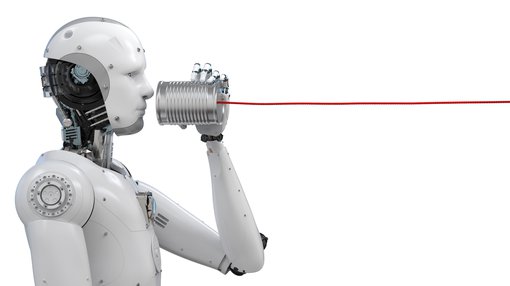 Keeping an eye on the in-demand commodities from the boom in new technologies has paid off for investors in recent years. Lithium, cobalt, vanadium, and graphite have benefited from rising demand brought about largely by the growth in rechargeable batteries and the technologies they power, including electric vehicles.

However, Boston’s Massachusetts Institute of Technology (MIT) has compiled its own list of the commodities that it expects to be the most impacted by new technologies going forward.

Rio Tinto (ASX:RIO) presented this information at the Lithium & Battery Metals Conference in Perth earlier this year, via the infographic below.

As you can see, tin came out far ahead of the pack as the metal that will be most affected by new technologies, ahead of the highly touted battery metals —lithium, graphite and cobalt.

These findings by MIT and presented by RIO, highlight the fact that tin is in demand from a whole host of new technologies including autonomous and electric vehicles, advanced robotics, renewable energy, and advanced computations and IT.

However, tin along with tin producers and exploration companies, haven’t yet generated the same level of excitement as other commodities ... even though tin has additional applications for robotics, renewables, energy storage and information technology.

That also comes despite the tin sector having strong fundamentals with a forecast global shortfall in supply due to have a significant impact by 2020.

While tin prices haven’t yet scaled the heights of other battery metals, now could be a wise time to take a closer look at the sector.

Around 50% of the tin produced globally is used in soldering in electronics. The trade current war between the United States and China and the increased tariffs of electronics, in particular, have kept the tin price somewhat depressed.

These tariffs will add to the challenges of a sector that has already been hit by China’s environmental clampdown on polluting industries.

That said, there remains a supply-demand gap to be filled as LME tin stocks are now close to historic lows, while the tin market has seen a consistent supply deficit in recent years. This is expecting to remain through 2022 due to increased regulations in producing countries and depletion of ore reserves.

As confirmed by MIT, tin has a bright future backed by new technologies, including the electric vehicle and battery storage markets with tin used in lithium-ion batteries, as well as it being widely used in lead-acid batteries. Demand also remains strong for electronic solders.

The fact that tin is extremely versatile bodes well for the price and market outlook going forward.

This upside for tin has been recognised by ASX-listed MetalsX (ASX:MLX). The company is a globally significant tin producer with its 50% equity interest in the Renison Tin Operations in Tasmania, including the world class Renison Tin Mine.

This is one of the world’s largest and highest grade tin mines with mining spanning three centuries. Renison is the largest tin producer in Australia and one of the few publicly held tin projects in the world.

Aus Tin Mining’s Taronga Tin Project (Taronga) is a world class resource of 57,000 tonnes of contained tin, as well as 26,400 tonnes of contained copper and 4.4 million ounces of silver. The company has completed a Pre-feasibility Study (PFS) that demonstrated that Taronga was technically feasible and economically viable.

The company also has in its portfolio the Granville Tin Project in Tasmania, as well as the Mt Cobalt Project, a nickel-cobalt-copper exploration project in Queensland.

Kasbah Resources (ASX:KAS) (75%) and its Joint Venture partners, Toyota Tsusho Corp (20%) and Nittetsu Mining Co. (5%), are advancing the Achmmach tin project towards production in the Kingdom of Morocco.

The DFS is now complete and funding is underway in preparation for construction that’s expected to commence in the first half of 2019.

Stellar Resources’ (ASX:SRZ) 100%-owned Tasmanian tin assets, including the Heemskirk Tin Project, are ideally situated, located just 18 kilometres southwest of Rension which is, as mentioned, one of the world’s largest and most productive tin mines.

Stellar is advancing the Heemskirk Tin Project towards a definitive feasibility study. At the same time, the company is searching for a suitable partner to help fund the project through to production.

Elementos Ltd (ASX:ELT) is focused on the exploration and development of tin mining projects. The company recently completed the first drilling program, and increased the JORC Resource Estimate, at the Cleveland tin-copper and tungsten projects in Tasmania since acquiring the project more than seven years ago.

The company is implementing a new corporate strategy to create a robust portfolio of tin assets at various stages of development, through the acquisition of the Oropesa Tin Project in Spain and Temengor tin project in Malaysia. ELT has now completed satisfactory due diligence on Oropesa.

A 20-hole drilling program was successfully completed at the end of 2017 when the project set the record as the world’s third highest grade new tin–tungsten project.

Recent drilling has intersected further high-grade zones in phase I drilling at Redmoor in the United Kingdom. The seven-hole program is complete with the third and fourth holes delivering the highest-grade length-averaged intercepts yet drilled at the project.

Thomson Resources (ASX:TMZ) is focused on the discovery and development of high quality mineral deposits in NSW, particularly its Bygoo tin discovery in the Ardlethan Tin Field, central NSW.

Approvals are largely in place and a drilling rig secured for drilling programs at its tin and gold projects in central NSW. Around 3000m of drilling is planned, the largest program undertaken to date by TMZ in the Ardlethan district. Outstanding earlier drill results at the Bygoo tin project include 35m at 2.1% tin: one of the best tin intersections seen in Australia for decades.

The keynote speaker at the Beer & Co. Tin Conference will be Reuters Asia Commodities and Energy Columnist, Clyde Russell. Russell has been a journalist and editor for 28 years covering everything from wars in Africa to the resources boom. He writes about trends in commodity and energy markets, with a particular focus on China.

The conference will be held on Wednesday, November 7 at the RACV Club in Melbourne. You can secure your free registration by registering at www.beerandco.com.au or sending an email to [email protected]