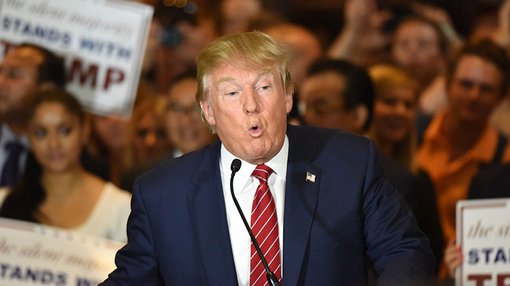 What a year! Malcolm Turnbull won Government by a slim majority, The United Kingdom votes to exit the European Union (a.k.a. “Brexit”) and now Donald Trump is President-Elect as the 44th President of the USA writes Andrew Zbik Senior Financial Planner of Omniwealth.

What does the election of Donald Trump as US President mean for Australian Investors?

We Australians have struggled watching the US Presidential Race. The rhetoric and style is definitely something we are not used to. So what exact powers will Donald have when he sits in the Whitehouse?

Firstly, the role of US President is not one of lone ranger. It is the US Congress (Senate and House of Representatives) that pass law. The President is responsible for the execution and enforcement of the laws created by congress. Essentially, the US President oversees that day-to-day administration of the US Federal Government.

So why is the role of US President so powerful? As President, Donald Trump has the power either to sign legislation into law or to veto bills enacted by Congress, although Congress may override a veto with a two-thirds vote of both houses. The President also has the power to negotiate and sign treaties, but these treaties then need to be ratified by a two-thirds vote of the US Senate. So as you can see, there are a number of checks and balances in place. The US system of Government has true separation between the Legislative function (Congress) and the Executive function (President) compared to Australia where our Executive (The Prime Minister and Ministers) come from the Legislative body (Our House of Representatives and Senate).

What are Trumps Policies?

Shane Oliver from AMP has listed the policies of Donald Trump:

It is interesting to note that no President since Franklin D. Roosevelt has been able to enact a truly far reaching agenda such as “The New Deal” with little change through the US Congress.

Secondly, around 70% of the US economy is driven by the private sector and consumer spending. Fundamental factors such as company’s earnings growth, economic growth and monetary policy (How the US Fed Reserve manages interest rates) are more likely to influence investment market activity.

There is no doubt that a President Trump will try and introduce major social policy changes, but as a ‘business man’ the overall economic policy may not change too much. When have you ever heard of a Republican voting against tax cuts?

So what should Australian Investors Consider?

Note here that the advice in this article is only general in nature. I have not considered any person’s objectives, financial situation or needs. You should, before acting on this information, consider the appropriateness of this information having regard to your personal objectives, financial situation or needs. I recommend investors obtain financial advice specific to their situation before making any financial, investment or insurance decision.

1) Prepare for an inflationary environment

President-Elect Trump’s main policies of tax cuts, increased infrastructure spending and protectionism are a cocktail that will likely see inflation rise in the USA which will drive global inflation. Inflation is when the price of goods and services rise.

Inflation will have an impact on bond markets. This will impact interest earned from cash deposited in banks and interest rates on loans.

Thus, it is important that any fixed income asset/bond allocation in investment portfolios be of short duration. This means that these bonds are all likely to mature within the next three years. If you have a long-dated bond with a low interest rate, the value of that bond become less in an environment where there is inflation and rising interest rates.

To prepare for this, reviewing fixed-income asset/bond allocations will ensure the return on these bonds will remain relatively the same in a rising inflation/interest rate environment.

Higher inflation will lead to the increased likelihood of interest rate rises over the medium-to-long term (two years and beyond).

As mentioned above, rising inflation will likely result in rising interests rates. We still have to see if a President Trump is dogmatic in trying to implement his agenda or will he be pragmatic. This may cause some short-term market volatility and if that continues there may be a case for another interest rate cut locally.

The portion of debt that you see you cannot pay off within a set period of time can be fixed. Any investment debt should be placed under a fixed rate ahead of non-deductible debt such as a home mortgage.

For example, let’s say a couple has $400,000 of home loan debt and $350,000 of debt used for an investment property. Over the next 5 years they feel it is achievable to save $20,000 a year to make additional repayments to reduce their home mortgage. Thus, they would keep $120,000 of the home loan as a variable loan with a variable interest rate. At this stage, they may hold off on fixing the $280,000 of home loan debt but fixing all of the investment property debt now makes sense as this is tax deductible. They would focus on paying down the home mortgage before any investment debt is paid down.

Warren Buffet – one of the most successful share investors of all time famously said “Be fearful when others a greedy. Be greedy when others are fearful.” I’m not advocating spending all your spare cash now by buying shares. However, when the market drops in volatile times we need to stand back and look at the broader fundamentals. The US and Australian economies are performing well. The result of the US Presidential Election is not going to have MAJOR impacts on our finance, tourism, mining and mineral, healthcare and agricultural sectors in Australia.

Yes, it is likely we will see some short-term volatility with share markets until we get a feel of the style and substance of President-Elect Trump.

Let’s look at a simple example of the iShares Core S&P/ASX 200 Exchange Traded Fund (IOZ) which invests in the top 200 companies on the Australian stock exchange. This Exchange Traded Fund (ETF) is currently providing a dividend yield of 6.45% (After franking credits that yield increases to 7.79%). Since 1970, Australian shares have returned an average of 10% p.a. in both dividends and capital growth. For the dividend yield component to be so high is not normal. Thus, we would only need to see an annualised capital growth rate of between 2.21% to 3.55% to achieve long-term returns. The average capital growth of Australian shares has been around 4.5% per annum.

If your investment time frame for deploying cash is beyond 5 years, now may be a good time to top-up your share portfolio given the good dividend yield from Australian shares relative to the risk of buying a diversified basket of shares through an ETF as shown above.

Remember “Brexit” in the middle of this year? The share market reacted negatively immediately to the news of the UK deciding to leave Europe. But once the dust settled global share markets quickly recovered within the next month.

The political pendulum is always swinging. Bad news and fear sells newspapers (or gains clicks online). The global economy is a complex array of relationships between Governments, corporations and individuals. Change will not happen quickly from an event such as an unexpected win from an underdog US President candidate like Donald Trump.

We see changes ahead with inflation, interest rates and market volatility that are somewhat but not entirely influenced by the US President Election outcome. Thus, planning your financial strategy is always about reviewing the current economic, social and political environment conditions. The three strategies of preparing for an inflationary environment with increasing interest rates and market volatility will help to ensure smart management of cash flow and positioning yourself to create wealth over the medium-to-long term.

With Gold Surging, Could 2020 be CLZ’s Breakout Year?
January 8th