These Israeli tech stocks are winning the market-disruption game, part 1

If you’ve been tuned in to the tech innovation frontline, you’d likely know that the vibrant Israeli tech scene is renowned as an industry-leading force.

With early successes in the 1990s dot-com days and a long-standing reputation as a ‘startup nation’, it’s clear that Israeli tech has a razor-sharp edge, with a dominant position in fields like robotics and drones, cybersecurity and medical cannabis.

And in recent times, it’s also become a highly lucrative conduit for forward-focused Australian investors. The past few years have seen a crop of bright Israeli sparks moving into the ASX tech corridor.

The trend began around three years ago with the mergers of small Israeli companies with stock exchange shells in Australia, raising capital and going public. More recently, however, most Israeli companies looking to trade on the ASX are doing so through IPOs.

There are now some 17 Israel-born companies on the ASX, most of which are small caps, playing in a diverse range of tech-heavy markets, from telecommunications and digital media through to innovations in agriculture and legalised weed.

We have scoped out 10 you should keep an eye on, and start with the following five.

According to the infinite wisdom of Star Trek, space is the final frontier. Yet for a ‘new space’ company like Sky and Space Global, it’s only the beginning.

SAS has decidedly interstellar ambitions. It works to provide communications via innovative nano-satellite technology to the world’s equatorial regions, and it’s the first company to build and operate a commercial telecom network via nano-satellites.

SAS has European and Israeli centres of aerospace, satellite and software industry experts. It’s UK-based but has an Israeli brains trust, which is already well-versed in the creation of satellites for low-orbit. In fact, it’s backed by a team that previously launched Israel’s first nano-satellite, that’s still operating now.

Nano is now the most popular type of satellite for diverse commercial usage. Their low mass and high capabilities make them a preferable choice for constellations and applications in the new space industry.

SAS has developed a disruptive solution based on routers on nano-satellites, coupled with unique and proprietary management software, enabling autonomous deployment, orbit control, and communication between satellites, not to mention significantly cheaper narrow-band communication services.

The tech itself has won a swathe of awards, including Global Excellence (2017), People’s NewSpaceCompany (2016 & 2017), Frost & Sullivan Innovation Award (2016), and Frost & Sullivan Global Nano-satellites Company of the Year.

The company successfully launched its first three nano-satellites, the so-called ‘3 Diamonds’, into space in June 2017, and is preparing for the launch of a constellation of 200 more by 2020.

The tech was originally developed by the Israeli Government, at the Soreq Nuclear Research Centre. It’s based on three components: a chemical-based hidden ‘barcode’ system, along with a unique ‘reader’ to identify the codes, and use of a blockchain record to store and protect ownership data.

CEO and co-founder Alon said that the company’s vision is to be “the link between the digital economy and the ‘real economy’, providing a ‘digital twin’ on the blockchain of physical goods.”

“We have developed a suite of integrated solutions to solve both authentication and track and trace challenges in order to uphold supply chain integrity, and provide quality assurance and brand accountability to producers of goods.

“We’ve already got agreements in place with companies across different sectors, including diamonds (brand liability), plastics (product authentication), protecting proprietary raw materials (quality assurance). Plus there are a number of potential applications that are already in the pipeline including electronics, gold, art, food and agriculture.” 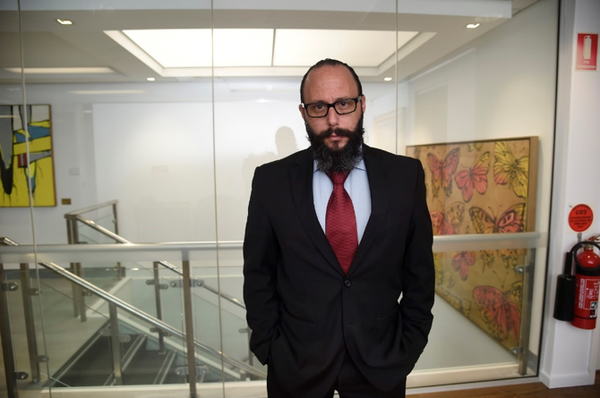 The tech is providing a viable solution to a number of high-value sectors, including the global counterfeit market, which is worth around US$1.77 trillion.

Security Matters is working with Israel-based Kafrit Group (TASE:KAFR), which has invested US$500k and is a channel distributor of partnerships for manufacturing and selling solutions to the plastic and packaging market. It’s also working with Intel (NASDAQ:INTC) on its Intel Ingenuity Partner Program and with BASF (ETR:BAS) on a proof-of-concept in its performance chemicals division.

It’s also dipping its corporate toe into the thriving medical marijuana space. This week, Security Matters inked an agreement with CliniCann to provide its proprietary tech for medicinal cannabis packaging. CliniCann was established in 2017 by the founders of ASX pot-stocks AusCann (ASX:AC8), CannPal Animal Therapeutics (ASX:CP1) and Zelda Therapeutics (ASX:ZLD).

This move means Security Matters will have exclusive rights to incorporate its track-and-trace technology into primary and secondary packaging of all products manufactured by CliniCann customers across the globe, excepting the US.

Mobilicom designs, develops and markets solutions for mission-critical applications without the need for any existing infrastructure. No satellites or phone towers are required — all it needs is broadband data and an IP network.

The company’s diverse product portfolio and finely honed tech under its two business divisions – Mobilicom and SkyHopper – are based on an innovative approach that merges together 4G communication with mobile mesh private networking technologies into a unified solution.

This technology has been used in government, military and enterprise applications, offshore oil and gas, homeland security and public safety sectors.

MOB’s tech, which is backed by the company’s patent holding and know-how, has also won ten innovation grants from Israel, the EU and international consortiums. The solution has already been successfully field-tested and deployed in Israeli federal government and homeland security operations and has been validated by the Israeli Ministry of Defence.

Co-founders, Oren Elkayam and Yossi Segal, each have an expansive history working in the tech space. The duo worked together at Segal's former telecommunications business, Runcom, which won powerhouse clients like Mitsubishi, Motorola and Alcatel-Lucent, and grew to some $24 million in revenue under their leadership.

MOB’s tech also comes into play in its earlier stage, rapidly growing SkyHopper business, which provides end-to-end hardware and software solutions for the commercial and industrial drones and robotics sector.

SkyHopper is used as a communication solution for control, telemetry and video or payload sharing to and from the drone platform to the ground control systems and users. SkyHopper’s holistic approach enables drone manufacturers and service providers to focus on their own business objectives by reducing time-to-market, minimising resource expenditures and increasing their chances for success.

Just this week, Mobilicom revealed it has been chosen by the Israel Ministry of Defense and the Israel Innovation Authority to execute an R&D project valued in excess of $1.8 million. The project will focus on the development of cyber technologies using artificial intelligence (AI) as an add-on module for drones and unmanned platforms.

MOB is planning to develop an anti-hijacking and anti-spoofing system for commercial and industrial drones and robotics, which will enable autonomous drone cybersecurity without intervention by an operator in real-time — a game-changer for commercial drone deployment.

Fuelled by mounting demand in the commercial and government sectors, the global drone opportunity is expected to hit US$100 billion by 2020, according to Goldman Sachs.

In this short video, MOB’s Oren Elkayam talks to CNBC about the drone industry’s potential: 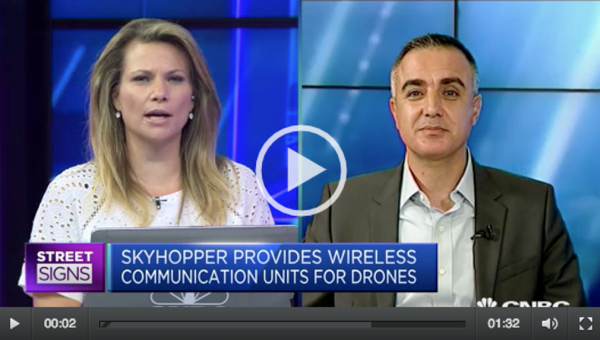 HeraMED only debuted on the ASX in December last year, but was founded by CEO David Groberman, a biomedical engineer, and COO Tal Slonim in 2011.

Funds raised from the company’s $6 million IPO are primarily being used to accelerate commercialisation of its proprietary HeraBEAT device – a smart pregnancy monitoring solution.

HeraMED has developed a small monitor for home use designed to track foetal heartbeats. The device, which is connected to a smartphone and the cloud, makes it possible to save and share the date with the attending physicians.

This tech aims to provide the reassurance and peace of mind of a medical-grade fetal wellness test without the cost or discomfort associated with repeated visits to the OB/GYN or hospital.

According to the company, about 50% of expecting mothers in the United States don't have access to an obstetrician, where the cost of pregnancy and newborn care is estimated at about US$30,000.

HeraBEAT has received TGA (Therapeutic Goods Administration) approval, allowing it to expedite its product launch into the Australian market. This adds to the company’s existing regulatory approvals for the product, which include CE (Europe) and AMAR (Israel). It’s also made meaningful steps towards FDA approval to enable it to sell into the US.

In Israel, HeraMED has a distribution agreement with Teva Pharmaceutical Industries (NYSE:TEVA | TASE:TEVA) whose subsidiary Abic is the exclusive distributor of the product in Israel. HeraMED’s partnership with TEVA allows the company to earn US$2+ million over the first three years, delivering product validation, market scope and significant early revenue generation.

Another ASX newcomer, ParaZero, was founded in 2014 in Israel’s Be’er Sheva region by a team of avionic professionals and drone operators to solve what it sees as the industry’s primary challenge – safety.

Its flagship SafeAir system independently monitors the flight operation of the drone in question, and if the drone fails, it triggers a patented ballistic parachute to provide a controlled descent rate, warns bystanders underneath and communicates with the UTM (unmanned traffic system).

So far, ParaZero has supplied 1000 different drone systems with its technology, ranging from safety chutes for units weighing 2kg to security systems for 350kg drones.

Tomorrow, we’ll round out this look at Israeli tech stocks making the grade on the ASX.