There’s gold in them thar hills

There’s gold in them thar hills.

It’s a favourite expression of mine. Made famous by Yosemite Sam in the Looney Tunes cartoons.

Yosemite's gold prospecting attempts were constantly thwarted by Bugs Bunny, because let’s face it, nobody ever got the better of Bugs.

However, if Yosemite was referring to gold mines in Georgia or California in the 1800s, he would have been right on the money and his battle with Bugs more severe. 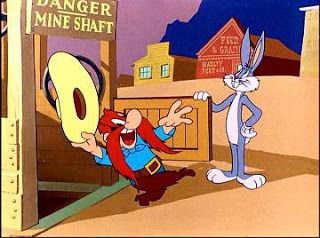 The phrase ‘There’s gold in them thar hills’ is, in fact, a misquote. The actual phrase was yelled from the steps of the Lumpkin County Courthouse in 1849 by Dahlonega Mint assayor Dr. M. F. Stephenson to stop the exodus of miners from Dahlonega in Georgia to California, which had just started its own gold rush.

Fast forward 120-odd years later and it looks as if we could be in a gold rush all over again.

Forbes suggests the gold price is likely to appreciate by 7.95% in the very near term. Gold is currently sitting at $1440 per ounce, a long way back from the all-time high of $1921 in September 2011, but Forbes author Nassem Aslam is predicting it to hit $1550.

Even more bullish is billionaire Ray Dalio. The founder of investment management firm Bridgewater Associates said in a long-form LinkedIn piece: "I believe that it would be both risk-reducing and return-enhancing to consider adding gold to one's portfolio."

Dalio went on to state: "The big question worth pondering at this time is which investments will perform well in a reflationary environment accompanied by large liabilities coming due and with significant internal conflict between capitalists and socialists, as well as external conflicts."

There’s certainly gold in the hills based on the current gold price and the macro events that are affecting it.

In the last 48 hours, the US dollar dropped to its lowest level in a month, whilst gold spot prices surged to a six year high.

The Fed Reserve rate cuts speculation is also having an impact.

On the back of all of this, silver is also performing well.

Kitco Metals global trading director Peter Hug said, “I think people are starting to catch on to the fact that this market is overall in a bullish trend, which I do believe it is, that silver is extremely undervalued compared to gold, and that now we’re starting to see some retail demand coming into the silver market.”

The rise in silver price could work in favour for stocks such as Pacifico Minerals and its Sorby Hills Lead Silver Zinc Project and Inca which recently identified bonanza grade silver at its Riqueza Project.

ASX stocks which could benefit from the current gold price can be found in this comprehensive guide to gold stocks: Thirty solid gold stocks to whet your appetite.

Kingston is another: Kingston delivers promising news at Quartz Mountain and IDA, could also come out on top given current circumstances: Impressive Indiana results consistent with highly prospective area.

If gold does continue to rise, there would certainly be many stocks, ASX and otherwise that should do well.

Investors in gold and silver too, so it’s worth keeping an eye on gold in the foreseeable future.