Australia’s national science agency, the CSIRO, has produced new understanding of mineralisation in the Yilgarn Province in WA.

Research supported by the Western Australian government through the Minerals Research Institute of Western Australia (MRIWA), has found the formation of ancient gold deposits during the Archean period over 2,500 million years ago, also produced distinctive patterns of chemical alteration in the surrounding rocks.

The CSIRO believes this could greatly assist exploration in the Eastern Yilgarn region. Despite its proximity with the Eastern Goldfields and its shared Archean geology with its richly-endowed neighbour, Eastern Yilgarn has produced fewer gold discoveries to date than expected.

Those who follow exploration companies will know that conventional exploration relies on geological and geophysical mapping, coupled with whole-rock geochemistry to find a gold deposit, or suitable host rocks and structures that might host the deposit.

Research conducted by the CSIRO took a different approach. The CSIRO studied the chemical system that deposited the gold. 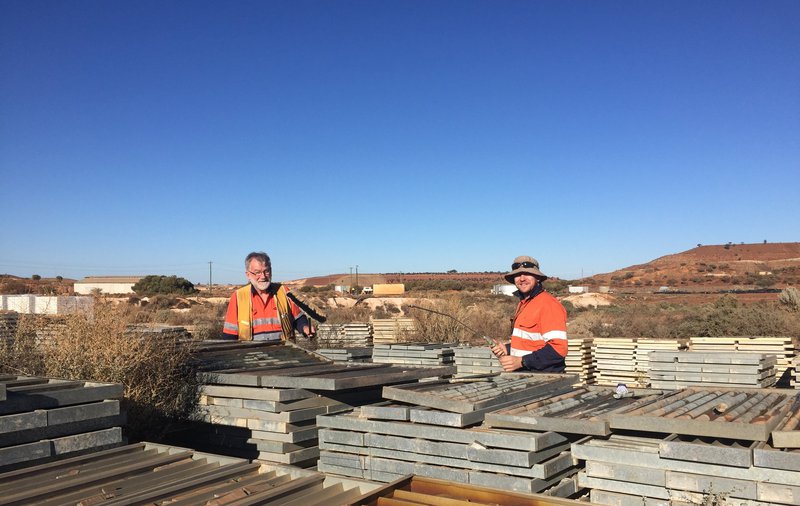 The CSIRO is possibly the last organisation, you’d expect to have an influence on gold exploration, however this latest research not only has global application, but also reinforces CSIRO’s position as a leader in the development of mineral exploration technologies.

“This research project is a great example of CSIRO’s close collaboration with the Western Australian Government and MRIWA, to support a productive, sustainable and globally competitive mineral resources industry for the benefit of Australia,” Dr Hough said.

“We have world leading research capabilities in Perth and welcome opportunities to develop minerals sector innovation in partnership with the industry and government.”

“The new approaches developed from the project have challenged conventional wisdom, established new models for the genesis of mineral systems and provided insights into how we might navigate them," Jamie Rogers, General Manager Exploration for Northern Star said.

“Northern Star sponsored the project to help fast track and ultimately benefit from the development of new mineral exploration tools and technologies.”

The $1.4 billion capped Gold Road Resources (ASX:GOR) is also a project sponsor, illustrating how seriously this work is being taken.

“Gold Road Resources is utilising the innovative technologies and knowledge advances developed from the ground-breaking project to identify new areas with gold potential and refine understanding of known gold systems, effectively improving the way we go about our exploration.”

The technical report summarising the findings of this research can be found at Mapping the Chemical Architecture of Gold Camps.