The times are a changin’, the markets are reacting, Amazon is hitting the high notes and … everyone loves Pizza

That’s’ what most S&P 500 investors would have been saying this week when the index closed at an all-time high on Tuesday.

It is defying the overarching economic outlook: high unemployment across the globe (tens of million in America out of work); COVID-19 playing havoc with consumer confidence and crippling entire States such as California and Texas; industries collapsing, businesses failing ... some may even have you believe that 2020 is the lead in to the 2021 Zombie Apocalypse. 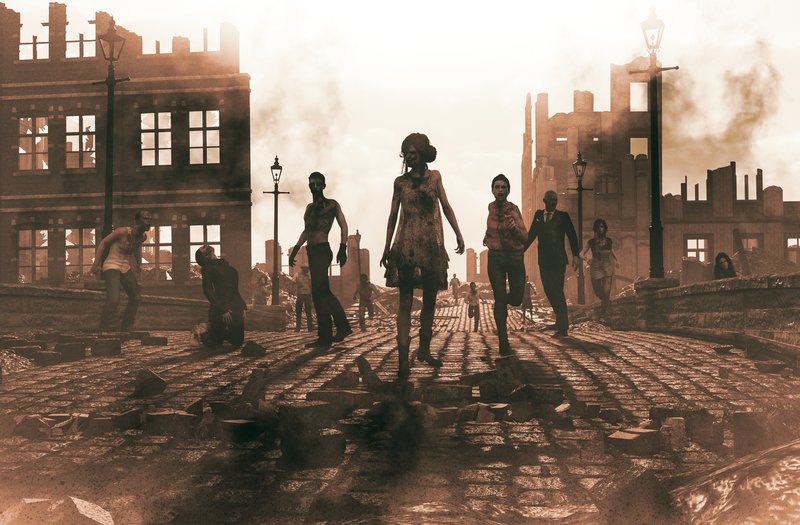 2021 will not herald in the Zombie Apocalypse.

In the famous words of the great Curtis Mayfield the world will ‘Keep on keeping on’ and as Paul McCartney tells us ‘We can work it out’.

I was asked this week why some markets such as the S&P 500 were doing well.

To answer that question you just have to have a look at how COVID is changing the world, not destroying it.

These changes are being highlighted by the role of technology in our lives. How many Zoom meetings have you had this year? How many times have you ordered goods online? Have you had a telehealth consult recently?

As eToro’s Adam Vetesse tells us, “The best performing S&P 500 stocks year-to-date range from pharmaceutical companies to online payment providers and chipmakers. Nvidia’s share price has soared by 108% due to demand for its graphics processors amid the shift to a work-from-home world. Similarly, peer Advanced Micro Devices has added 78%. PayPal has also enjoyed a big 2020, driven by consumers switching to online spending; its share price is up 80% year-to-date. For similar reasons, Amazon’s share price has also climbed 79% in 2020.”

It was Amazon that led the S&P 500 to its new all-time high on Tuesday, after climbing 4.1% on news it is adding thousands of jobs in major cities.

The rally is no doubt led by tech stocks. Tech is changing how things are done and adoption has sped up as the world as we knew it ground to a halt.

Yet, the tech industry provides just one example of how the world adapts: of how it moves on and of how good can come of disaster.

Those that see these trends and the companies behind them will do well.

After all, with crisis comes opportunity.

Nvidia is one of the best S&P 500 performers of the year and expectations remain high. “The pandemic has accelerated trends that translate directly into demand for Nvidia’s graphics chips - but analysts will likely probe management on the sustainability of the new business generated, and how they plan to benefit from those trends over the long haul,” Vittese says. Wall Street analysts generally favour a buy rating on the stock.

Rival DIY supplier Home Depot beat profit expectations this week, but still saw its share price fall. Home Depot is neck-and-neck with Lowe in terms of 2020 share price, with both up by just over 30%. “Similar to home depot, key questions for Lowes’ management will be whether they see the home improvement trend sustaining, and any patterns in consumer activity. Currently, 24 Wall Street analysts rate the stock as a buy or overweight, five as a hold and one as a sell.” Vettese says.

Elixir has continued its run in the green as well, finishing up over 7.69% on the day on Friday finishing at 14 cents.

After achieving Mongolia’s first ever gas discovery in February at its Nomgon-1 well, EXR rapidly followed up with the Nomgon-2 appraisal well that has exceeded its “expectations on multiple fronts”.

One to keep an eye out for.

Galileo was another that finished the week strongly up 5.88% on the day, finishing the week at 36 cents.

GAL is charging ahead with its Fraser Range Nickel Belt exploration program and set to kick off its maiden diamond drilling program in the coming days.

AusQuest was in the green all week, finishing Friday 6.25% higher on the day finishing at 3.4 cents.

AQD is preparing for drilling at two projects: the Tangadee Zinc Project in WA and the Gunanya Gold-Copper Project, a new opportunity in the Paterson Province in WA.

It also announced this week that it has commenced stage 2 drilling at the Hamilton Copper Prospect in north-west Queensland under the SAA with South32. A total of six diamond drill-holes for approximately 1,800m is planned to test for copper mineralisation.

Drilling is expected to take approximately two weeks to complete with assays available within four weeks of the completion of drilling.

The All Ordinaries Index was slightly bullish, but far from convincing with some sectors rising strongly and others falling heavily. Healthcare was up over 5 per cent, Information Technology and Consumer Discretionary, were up over 4 per cent and 3 per cent respectively. On the flipside, Energy was down almost 4 per cent at time of writing, Consumer Staples down over 2 per cent and Financials down over 1 per cent.

Of the ASX top 100 stocks, Dominos Pizza was up over 12 per cent and Oz Minerals, Carsales.com, CSL and JB HiFi were all up over 7 per cent.

Treasury Wines Estates was down over 23 per cent, Unibail-Roamco-Westfield, down over 17 per cent and Vicinity Centres and AMP were down over 8 per cent.

According to Wealth Within’s Dale Gillham, “It appears that when we think the market is more bullish, it turns causing us to question our thinking given that, once again, the All Ordinaries Index was more bullish earlier in the week before exhibiting weakness in the latter part. Therefore, it will be interesting to see where the market closes this week. My preference is for a strong high close, as this indicates the market will rise further over the next few weeks. However, if the close shows continued weakness, it means that our market is virtually going nowhere.

“Since 1 June, the Australian market has risen just under 7 percent with most of that occurring in the first six trading days of June. A low close on Friday will mean the market has been trading sideways for 10 weeks, and that a lack of confidence and indecision is still affecting the Australian stock market. For the All Ordinaries Index to continue rising, it really needs to make a solid break and stay above 6,200 points in a more sustained up move. The longer it moves sideways, the more it indicates that the next move will be down.”