The kids are alright – but will millennials invest?

The equity investment community is increasingly trying to fish in a pool marketers have been fishing for years – namely cashed up younger investors who may have money for matcha latte’s but not for an equity portfolio.

Fintech play Acorns has started its life in Australia, after a limited trial period.

For those of you not particularly familiar with the concept, Acorns is an app which allows people to make ‘round-up’ payments into a managed investment portfolio.

For example, if a person spends $3.50 on a coffee on a debit card, users can put the remaining 50c into a managed fund.

Acorns is hoping young people in particular will be encouraged to make multiple smaller deposits into the fund, with the amounts starting to add up over time.

It’s all presented within an app which is easy to use, clean, and visually dynamic. 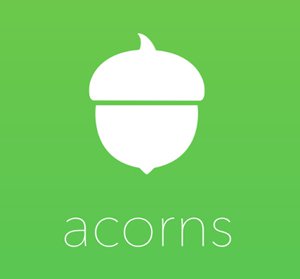 The play here is to get younger people thinking about investing – no matter how little, into their accounts and making it as easy as possible for them to do so.

It’s encouraging people to put money into the stock market without even thinking about it.

It hits upon an important point – young people want to invest too, but don’t necessarily know how to go about it.

Every so often the Australian government does a study of financial literacy in Australia – just to get a handle on how its citizens are going.

In its 2014 survey, it found among a raft of other conclusions, that people aged 18-27 had the least amount of financial knowledge.

As you can see, the financial knowledge of those in the younger demographic is well down on the rest.

It’s been like that throughout time, of course, as young people generally have more interest in what’s happening Saturday night than mutual funds.

But there’s a prevailing thought in investment circles that younger people are interested in investing and building wealth – they just don’t know how.

He said that by building the tech platform, it enabled millennials to have a decent shot at investing.

“There’s a group of 25-36 year olds, the largest group in history, who are eagerly looking to invest.

“Millennials do understand mining, they do. Each of them had a smartphone, each of them wanted an electric car. They understand it because it’s a raw product that goes into it.”

The message was that if you give them an opportunity and the wherewithal to do so, millennials will seek out investment opportunities.

I don’t think we’re betraying any confidences here at Finfeed if we tell you that a large percentage of our readership falls within the 18-24 year old bracket.

Given we (primarily) write about small cap stocks, you’d assume our readership skewed a bit older. The message is that young people may be interested in companies and investing topics. The trick is to actually get them to invest.

Dr Laura de Swaan from the Queensland University of Technology has looked into the financial literacy of university students in a study together with colleague Dr Chrisann Palm and The Wealth Academy.

In 2014 she compiled a study of 393 students across four major universities around Australia, trying to get a baseline of financial literacy using both self-assessment and objective assessment.

“Overall they think were okay with budgeting and saving, but that decreases pretty dramatically for things like dealing with debt or investing,” she told Finfeed.

In fact, only 4.4% of respondents rated themselves as having a good understanding and confidence in investing.

For de Swaan, there’s a raft of factors which are holding back students’ understanding of investment issues – including not actually having the money to invest, but she pointed to a lack of education within the school system as a key problem.

“There’s not a lot of focus on it in High School unless they do lower-level maths subjects,” she said. “They have a lot more practical application in those subjects, but in the higher level subjects they look at theory but not that practical side.”

She said there was no great difference in an understanding of investing by geography or over time, with studies going back 10 years broadly consistent with de Swaan’s work.

But, we live in a different age. We live in an age where apps such as Acorns are being developed, breaking down the barrier between millennials and investment.

De Swaan said this was one of the key pluses of the app and apps like it.

“I think it’s a good idea and really clever. They’re tying investing into spending, so I think that’s a clever linkage,” she said.

“The good thing about this app is that it removes a barrier to investing that’s always there in terms of that you need to actually go to a person usually to invest.”

However, there’s another side.

While she noted some concern with the level of fees charged by the app, $15 a year for balances under $5000, she said its main appeal for millennials could be the thing which damages them.

“On the flip-side of that however, they aren’t getting advice before investing. It may not be the wisest choice to invest in this app instead of paying off a loan for instance,” she said.

It opens up an interesting discussion as more and more fintech plays seek the court younger dollars.

The plays do lower a barrier for entry, but according to de Swaan young people can’t be described as falling over themselves to get into the investment game.

“Haven’t necessarily come across that [students wanting to invest],” she said.

“I think you’d have a spectrum [of interest]. I teach personal financial planning so I do see quite a few who are keen, but you’d have students in creative industries or health for example who would have no interest.”

To de Swaan it comes back to the education piece.

“It simply needs to be in the curriculum, but it’s difficult to implement because students get to choose their own subjects,” she said.

“Until you get that piece it’s hard to see how they would get genuinely interested in that [investing].”

So it appears while apps such as Acorns may act as an enabler, there’s no massive groundswell of millennials trying to get into the investment game.