The best trading books of all time…part one

It’s clear, therefore, that Aussies want to use their money smartly. But investing can be tough. The same survey of traders quoted above found that 81% wanted ‘guaranteed or stable returns’ – a nice ambition, perhaps, but something that is tough to deliver.

The markets are a difficult beast to understand. It takes time, patience and experience – and even then, little is ‘guaranteed’. Still, there is one way to improve your chances of success – to read more. Reading the insight of experts is invaluable – it opens your eyes to new tactics, explains the previously inexplicable and offers analysis on the highs and lows of the past.

The trick here is to read the right books. IG’s market experts have accumulated a list of the top ten trading books of all time – and we’ve teamed up with them to show you what they’ve selected across two posts.

In this first part, we’ll look at the first five, starting with a book that was so successful that it became an award-winning Hollywood film:

What’s it about? This is a popular account of the 2007/08 housing crisis in the US which sparked a global financial crisis. It tells the tale of the people who bet against the subprime mortgage market and profited from its subsequent crash. 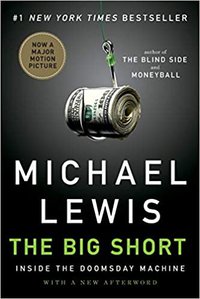 Why did IG pick it? It’s an accessible account of the crisis – as evidenced by the fact it inspired a film – but it’s about more than that. It explores what makes a successful trader ad how and why a group of short-sellers embark on their strategy – with insight into the complexity (and weakness) of the financial system.

Trading in the Zone, Mark Douglas

What’s it about? This book delves into the psychology of traders. It looks at common dangers, myths and how to overcome loss-inducing behaviour and was written by Mark Douglas, who taught traders how to master their psychology. 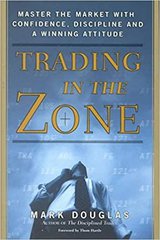 Why did IG pick it? James Stanley, DailyFX currency analyst, wrote: 'Trading in the Zone was the first trading book that I read and said: ‘Now that was a great book on trading’. It hits on the very core and important elements of psychology and probability and stands as one of the best practical guides to becoming a better trader.”

What’s it about? It’s an anthology of interviews with the best in the business – looking at the stories behind some of the biggest trades of all time. These include, for example, the T-bond futures trader who managed to turn $25,000 into $2 billion in just one day. Interviewees include Bruce Kovner, Richard Dennis and Paul Tudor Jones – with topics ranging from forex to stocks, futures and bonds.

Why did IG pick it? The sheer breadth of the interviews makes for a fascinating read – with the chance to join the dots and appreciate the common ground between all of the successes. The 2012 edition features a fresh chapter from Jack D Schwager, looking back at what he learned putting the book together 22 years earlier.

What’s it about? This is the story of Long-Term Capital Management (LTCM), the hedge fund that collapsed in 1998 having previously managed more than $120 billion. It’s split into two parts – the first in which award-winning economists explore the firm’s business model and explain how it became successful and the second which delves into its downfall.

Why did IG pick it? The book is based on a rich source of interviews, including those with employees of the hedge fund and people from the Federal Reserve, which bailed it out. It’s definitely a case study in the dangers of complacency, something all traders have to guard against.

What’s it about? Jim Rogers – co-founder of the Quantum Fund and something of a Wall Street legend – takes a tour of 52 countries in just under two years. This book outlines what the ‘Indiana Jones of finance’ found.

Why did IG pick it? It’s a unique take on the world – blending investment advice with elements of a travel memoir. It’s great for helping traders to take a global perspective – something that is crucial in a globalised world.

Check out our next post to see the remaining five of the top ten books selected by IG.