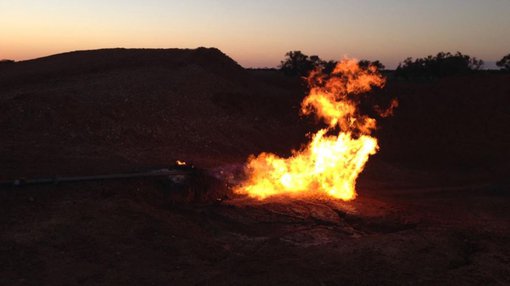 The vast amounts of shale gas under the Northern Territory will now have a tangible route to the eastern coast gas market after Jemena was selected as the winner to build a key $800 million pipeline from Tenant Creek to Mount Isa.

A pipeline to connect the Northern Territory to the east coast gas markets in Queensland has been on the tables for years, but the NT government took the step for tendering for a 622km pipeline to Mount Isa.

Jemena, which is owned by the State Grid Corporation of China and Singapore Power, beat out three other proponents for the work.

It is anticipated that the pipeline will come on stream in 2018, providing gas explorers and producers in the future a route to key eastern coast gas markets which are expected to experience a tight supply scenario in light of extra demand caused by LNG plants at Gladstone in Queensland. 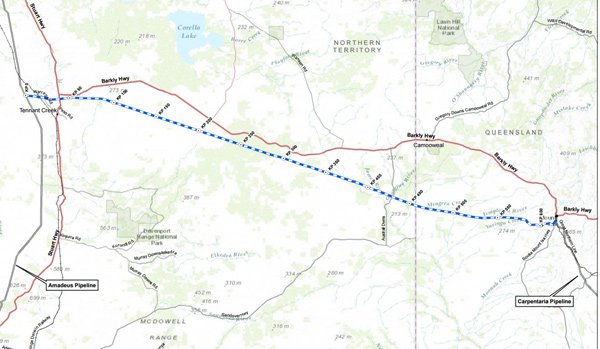 The proposed route of the pipeline

According to chief minister Adam Giles, Jemena was selected because it offered cheaper tarrifs to users, cheaper gas processing costs, and had the option of increasing pipeline capacity should the demand warrant it.

At the moment, the pipeline is slated to be a 14 inch pipeline.

According to the NT government, the construction of the pipeline will create more than 900 jobs during construction and offer up to $112 million in contract work for NT businesses.

It is thought that the Northern Territory could hold about 200 trillion cubic feet of gas, which the NT government said could power Australia for 200 years. A lot of this gas is expected to be unconventional onshore gas such as shale gas, but with only a limited access to east coast gas markets via gas swaps there was not a huge economic incentive for explorers to commercialise discoveries.

However, with access to high-price markets it is thought explorers will now be spurred on to look for more shale gas.

“The building of the NEGI will drive commercial exploration and development of currently untapped gas reserves, unlocking the next phase of economic growth for the Territory and helping build a stronger Northern Australia,” Jemena managing director Paul Adams said.

“As further reserves in the NT are proved up, we can expand our scalable pipeline to meet strong demand from east coast customers.”

The state’s Power and Water Commission will also use the pipeline to sell excess amounts of gas it doesn’t need. Some of the PWC’s gas will go to Incitec Pivot’s Phosphate Hill fertilizer operation in north west Queensland, a boon for that operation.

Domestic users on the east coast have struggled to access long-term gas in recent times with the LNG plants sucking available coal seam gas supplies and also dipping into the third-party gas market. The availability of extra supply from the Northern Territory will help ease some of the pressure the users have to tie down long-term contracts.