By Jonathan Jackson. Published at Nov 6, 2020, in Features 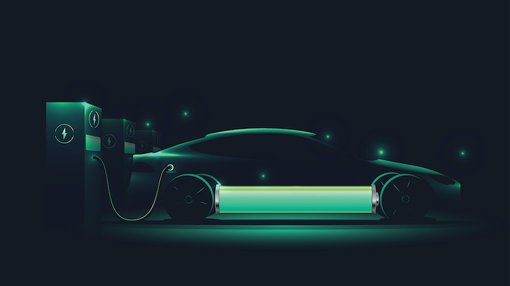 Mike Hawes, the CEO of the UK motor trade association SMMT recently warned, "Just as the automotive industry is accelerating the introduction of the latest electrified vehicles, it faces the double whammy of a coronavirus second wave and the possibility of leaving the EU without a deal."

World Trade Organisation (WTO) tariffs would add £2,800 to the cost of electric vehicles. This would largely negate the government's plug-in car grant, which sees electric vehicle buyers save £3,000 off the original price, he noted.

This is the wrong emphasis.

Tesla has succeeded regardless of tariffs and the European car industry can do the same.

Tesla became the most valuable car manufacturer for many reasons, from glamour to having the longest-range vehicles.

Long-range vehicles are the key to any EV manufacturer’s success.

A long-range battery-electric vehicle BEV sells for 60% of its original price after three years but a short range one retrieves only 20% regardless of purchase price.

Tesla does not sell cheap and the UK should take note.

The UK will benefit from trade deals being signed from Ukraine to Japan and maybe something will happen with the European Union, but that is not key to the success of the UK Motor industry.

It is making what is wanted in the light of tightening zero-emission legislation across the world, including in the UK.

Having brought forward its ICE ban from 2040 to 2035 earlier this year, the UK Government is now likely to make that 2030.

A large number of Conservative members of Parliament support the call.

So does a coalition of fleet operators and the political opposition. The European Union, a global leader in emissions legislation, is also reviewing its position in this respect.

Meanwhile, we can see the effect of carrot instead of stick in London. The congestion zone is being expanded, parking restricted unless you are BEV. Londoners are moving to the outer regions for an affordable house and buying an affordable BEV even though many only have 200 miles range.

In the UK, Nissan, Jaguar-Land-Rover and some others are committed to primarily making BEVs but many UK car companies are not.

Consequently, Londoners are often buying those affordable BEVs from Korea or China and luxury ones from Tesla.

A further shift in thinking is required to get everyone on board.

Tariffs are not the answer. Perhaps cheaper materials is.

That’s what Telsa is saying and it seems to know what it is talking about.

2 Aussie stocks in the EV mix

Europe is the fastest growing lithium market in the world – with zero local supply.

Its lithium project is roughly 600km from Tesla’s soon to be completed Berlin Gigafactory.

Tesla CEO Elon Musk has stated the company will be making a lot more electric vehicles (EV) and batteries, with its Gigafactories to directly purchase battery metals like Lithium.

One trillion euros has been earmarked to decarbonise the energy sector and roll out cleaner, cheaper and healthier forms of transportation.

Furthermore, Tesla isn’t the only car manufacturer in Vulcan’s vicinity that will be looking for battery metal suppliers. There are no less than 18 battery factories dotted around Vulcan’s project in Europe as the EV game plays out.

It’s one to watch.

Read: Tesla Unveils Strategic Battery Plans: What This Means for Our Pick of the Year

Tesla is looking for manganese sources in close proximity to its gigafactories.

EMN is capped at less than $70M and given the potential it has to supply European battery makers with High Purity Manganese, we see continued upside from here.

Tesla’s Gigafactory in Germany isn’t far away from EMN’s Chvaletice Manganese Project in the Czech Republic.

The company is progressing its project quickly, including the purchase, installation and operation of a Demonstration Plant.

Furthermore, the electric vehicle industry has been identified by the likes of France and Germany as being central to a multi-billion Euro economic recovery.

Locally sourced High Purity Manganese will play a major role in this recovery.

Europe currently imports 100% of its manganese requirements, but is expected to become the second most important centre (after China) of the global electric car and battery industries, and a major consumer of manganese.

Ride sharing and food delivery firm Uber has gained 37.8% year-to-date. While rides dropped off sharply due to the pandemic, the firm has benefited from huge demand for takeaway food delivery. On Thursday, the company’s share price jumped 14.6% after voters decided to exempt it and rival Lyft from a state labor law that would have required it to treat its drivers as employees rather than contractors. The vote lifts a cloud that has been hanging over Uber, as the cost ramifications of employee status in one of its largest markets would have been severe.

Alibaba’s quarterly earnings report is an interesting one, as it came two days after the firm was forced to suspend the IPO of its finance arm Ant Financial – which includes the hugely popular Alipay service. The listing, planned for the Shanghai and Hong Kong exchanges (notably bypassing the US) was set to raise tens of billions, but the firm was forced to pull back after Chinese regulators raised questions about whether the firm met the qualifications for the Shanghai market. Alibaba itself has a US listing, the price of which fell 8% on Tuesday after the news broke. Wall Street analysts overwhelmingly favour a buy rating on the company’s stock.

Payments firm Square has been a major beneficiary of the Covid-19 pandemic, with its share price up by more than 170% year-to-date. One point of interest from its Quarterly may be the firm’s recent funding of a cryptocurrency wallets project. Driving Square’s growth has been its mobile payment service Cash App, which lets consumers send money, spend, save and invest without a bank. Currently, 22 analysts rate the stock as a buy or overweight, 17 as a hold, and five as an underweight and sell.

The best and worst-performing sectors this week

This week the market flipped as all sectors were in the green, with Information Technology up over 6 percent, followed by Consumer Discretionary and Industrials up over 5 percent. The worst performing sectors include Consumer Staples and Materials, both up over 1 percent followed by Financials, up over 2 percent.

According to Wealth Within’s Dale Gillham, “Over the past five weeks, the market has been on a roller-coaster ride, given that since the start of October, the All Ordinaries Index has risen over 7 percent before falling over 5 percent, and this week it has risen again and is currently up around 4 percent. Since 1 June, the market is up over 8 percent, yet for this calendar year it is down over 6 percent, so if you have been struggling to determine which direction the market is heading you are not alone.

Right now, both the US election and COVID are affecting markets around the world, which we all hope will settle soon so things can get back to some degree of normality although this may be wishful thinking.

That said my position has not really changed given that while I believe our market will rise into Christmas, there is still a chance we will experience a short-term down move before then.

Given the current volatility, it is important to remain cautious, which is why I recommend you continue to sit and wait for the dust to settle, while at the same time get ready for the opportunities that will unfold in the not too distant future.