In a throwback to Ford’s historic launch of the Model T in 1908, the Tesla Model 3 launch could potentially repeat the feat of revolutionising how people get around and transforming mass transport in the 21st century, the same way Ford’s Model T did in the 20th century.

Ford sold over 15 million Model Ts between 1908-1925, and grew from a small car start-up, to the largest automaker in the world – able to grow through the Great Depression, which saw 183 of 200 car-makers leave the industry.

Arguably, if the world entered a Depression to the same extent as it did in 1929 – it would be companies like Tesla who would have the best chance of safeguarding its investors’ money – just like Ford did in the early 20th century.

Here are the electric cars (EV) that Tesla is pinning its lithium-sensitive hopes on: 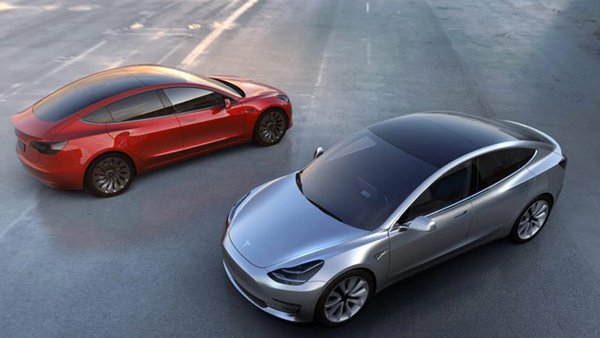 The automotive industry has reached a watershed moment.

Up until now, electric cars were seen as novelties struggling for mass adoption because of lengthy charging cycles, a low range of travel and overpriced compared to standard petrol cars.

Tesla is making such concerns seem outdated, as Model 3 sales numbers have outpaced those of normal combustion cars since Tesla’s EV car was first launched.

This demand is also driving the lithium mining and exploration boom, which we will touch on shortly.

Tesla’s aggressive business model and cutting-edge lithium-based battery technology appears to have cracked the code of marketing electric cars to the mainstream public.

In other words, Tesla has convinced people that it’s worthwhile to part with significantly more money for a Model 3 than it is to opt for a combustion car that’s much cheaper.

Convincing staunch EV aficionados is one thing, but Tesla’s glitzy PR engine has now moved the company into economies of scale and mass commercialisation with consumers.

The knock-on effect of this socio-economic consciousness shift is that the raw materials such as lithium that Tesla needs to manufacture its ~500,000 cars each year, are expected to suffer shortages given current production levels.

And if we throw in Tesla’s PowerWall device — a means to store and distribute energy efficiently around consumer homes (at greatly lower cost to existing energy provision) — the lithium consumption ramp-up steepens even more.

Here is the PowerWall in all its glory — these devices are now being installed in several developed countries including the US, Australia and Europe.

Here is the developing demand-supply mix in lithium, charted: 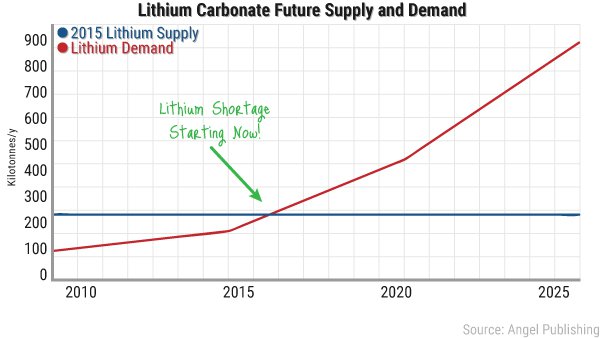 Lithium has been a rather boring commodity for decades — until now.

And it’s all thanks to Tesla.