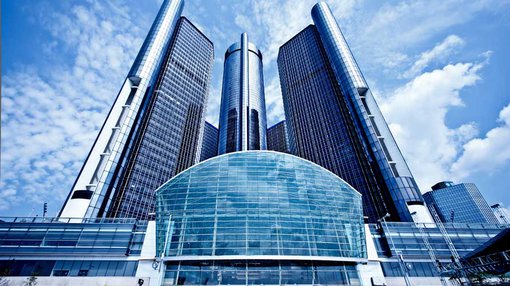 It was arguably the rustbelt states that had the most profound impact on President Trump’s election success. They had been hit hardest by the downturn in mining and energy, as well as a depressed manufacturing industry, and subsequently embraced Trump’s promises regarding job creation. Not surprisingly, as Trump’s credibility was starting to appear fragile following his inability to introduce the healthcare reforms that he promised, he turned to the rustbelt, to deliver a stirring address which reaffirmed his commitment to supporting projects to aid recovery across the energy, mining, manufacturing and infrastructure development sectors.

From a mining perspective, coal mining projects that were once shelved due to EPA legislation are now back on the table. The oil and gas industry will be supported by the construction of pipelines, which in turn will create jobs. And in true Trump style the President highlighted the fact that his Executive Order stipulated the use of ‘made in America’ piping.

Trump also noted that Ford was opening new factories which would create jobs in the manufacturing industry.

However, once again these are for the best part simply promises, some of which will draw robust opposition, particularly from environmentalists. Also, the issue of who will fund large projects such as the construction of pipelines is yet to be addressed.

Trump is still to deliver on most of his promises, has failed dismally to execute on important issues such as health care, as well as instigating and immigration Executive Order that was quickly deemed unconstitutional before it even got off the ground.

However, none of these factors appear to be undermining the faith of the American people in the leader’s ability to deliver in the long-term.

Who cares about health, the focus is on tax reform

A Sky News interview with director of O’Neill Securities, Kenny Polcari, broadcast shortly after the US market closed this morning said it all. Flippantly, Polcari said Americans aren’t worried about health reform (although he did refer to the Trump administration’s inability to progress the bill as a ‘disaster’), they are focused on more important issues such as tax relief.

A big call in itself when one considers the astronomical costs of healthcare in the US. On one hand to refer to the handling of the healthcare reform as a disaster, while on the other making the assumption that the ‘more important’ issues such as tax relief will be ratified doesn’t add up. Once again, it comes back to whether Trump can deliver, and his record to date is pretty ordinary.

European markets were buoyed by the fact that markets rebounded quickly following the Trump trainwreck with the FTSE 100 up 0.7% to 7343 points.

Sentiment was also positive in mainland Europe with the DAX gaining 153 points or 1.3% to close at 12,149 points after hitting an intraday high of 12,159 points, a level it hasn’t traded at for nearly 2 years.

Technical analysts could be looking for a break above circa 12,200 points with a view to the DAX eclipsing its all-time high of nearly 12,400 points.

There was also good support for the Paris CAC 40 as it rallied 0.6% to close at 5046 points. The index has now rallied more than 15% from circa 4350 points prior to the US election.

On the commodities front, oil was a big mover, gaining 1.5% to close at circa US$48.50 per barrel after hitting an intraday high of US$48.74 per barrel.

As markets recovered, gold lost its appeal, falling from an intraday high of US$1261 per ounce to US$1254 per ounce.

Iron ore recovered slightly to US$82 per tonne.

Copper is hovering in the vicinity of US$2.64 per pound, while nickel rallied more than 2% to close at US$4.50 per pound.

Zinc continued its strong performance, spiking 2.5% to US$1.27 per pound. Lead was also up more than 1%.

The Australian dollar is fetching US$0.763.