Targeting stocks that tap into the tourist dollar Part 1

While healthy headline unemployment numbers tend to suggest that household income is in a sweet spot, this is far from the case. The issue of underemployment whereby employees are not able to work the number of hours required to generate a reasonable income is a real problem.

A lack of wage growth has also put further pressure on household income, and this is evidenced in constrained consumer discretionary spending. Bricks and mortar retailers aren’t just struggling because of the transition to online purchasing, they are finding it increasingly difficult to generate top line growth because of depressed consumer spending.

Combine these dynamics with the fact that essential services such as power and water, as well as many basic household items are appreciating in cost, particularly power where increases have been substantial, it is fair to draw the conclusion that the Australian population won’t be providing the economic growth that the country needs to pull out of the long-term hiatus which has persisted since the global financial crisis.

Should interest rates rise, the aforementioned issues combined with mortgage stress will negatively affect consumer spending, with a flow on effect to investment in the corporate sector and those that service a broad range of industries.

As a country still heavily reliant on the export of hard and soft commodities it is difficult to see where the growth is going to come from. Given these dynamics investors need to identify areas of the market where there is evidence of growth, and just as importantly signs that this can be sustained.

One way of going about this is to follow the money trail. For instance, what has been a key driver of the housing market at a time when Australian consumers are struggling to pay the bills? Overseas investment played a significant role to the point where the government had to stifle overseas investment by introducing financial hurdles.

Similarly, many of the big corporate buyouts in the resources and agricultural sectors are being funded by overseas investors with those domiciled in China and other Asian regions at the forefront of these transactions.

However, with the property sector poised to retrace and investment in the next takeover target in the resources sector particularly difficult to identify it may be worthwhile considering a mass-market which is more stable, namely the travel and hospitality industry.

There is ample evidence in Australian Bureau of Statistics (ABS) data, as well as the performance of ASX listed companies exposed to the inbound travel and hospitality industries to suggest that targeting specific stocks that generate income from overseas visitors could be a useful investment strategy.

For example, examine the following recent ABS data and it is clearly evident that inbound tourism is alive and well with 6.3% year-on-year growth to June 30, 2017. 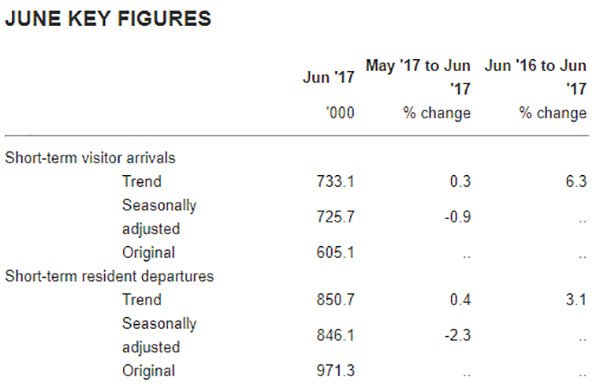 Note that domestic traffic grew by a much more moderate 3.6% during the same period.

It was only on Friday that SYD provided July traffic numbers, which reflected a similar trend with international travel up 7.6% while domestic growth trended even lower to 1.4%.

The following airport traffic data from SYD provides a good insight into the sustained strong performance over the last 12 months. While month on month figures fluctuated due to seasonal factors such as the Christmas period, the overall trend was impressive as indicated by the 12 month increase of 7.8%.

The following ABS data provides further evidence of this long-term trend, also indicating the extremely strong growth between 2015 and 2017. 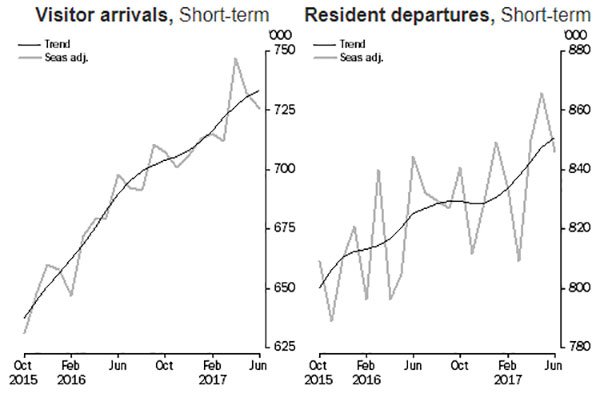 While not all that significant in terms of identifying which ASX listed stocks to target, the following ABS data is evidence that economies with the stronger economic growth profiles account for the lion’s share of inbound travel.

The chart below this table further reinforces the fact that the increase in inbound tourism and the associated income generated from that source is not a blip, it is a trend that has been building over the course of nearly 10 years. 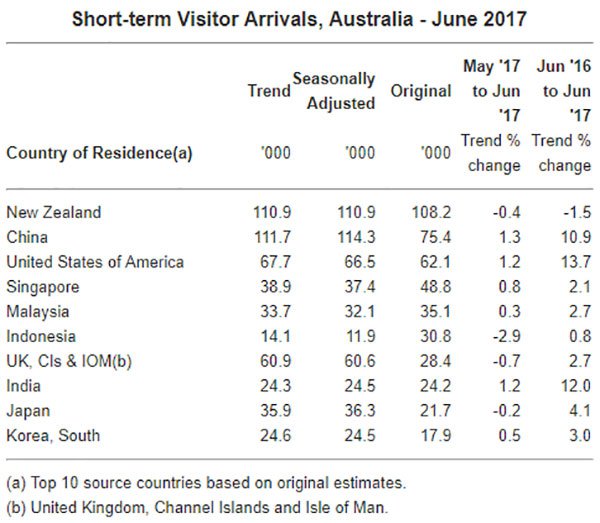 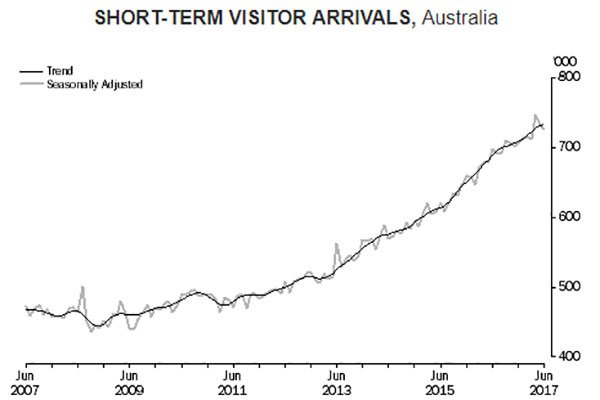 And if you aren’t convinced there is a correlation between this trend and the fortunes of ASX listed companies, check out these share price charts which cover the last 10 years. 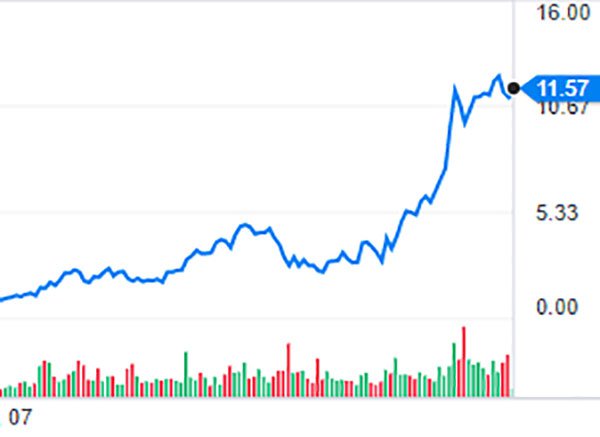 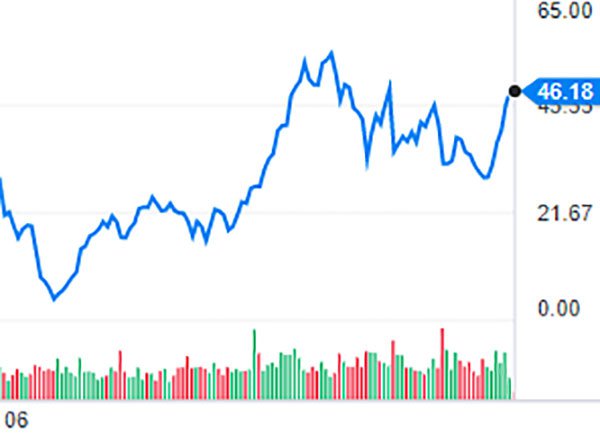 In order to highlight the longer term trend in tomorrow’s follow up we will illustrate the share price performances of some of the more established players in the market, but there are others worth considering.

A factor worth noting, and arguably one that is overlooked by some considering these stocks, is that they generate a significant proportion of income from inbound tourism even though they are based in Australia.

For example, when Webjet (ASX: WEB) delivered its interim result in February the company noted that international bookings had grown by 24%, outstripping the 8% growth delivered by domestic bookings. Furthermore, international total transaction value (TTV) accounted for 37% of the group’s overall operations.

With regard to Flight Centre (ASX: FLT) it has operations in a number of overseas countries which contribute to group revenues. In fact, nine of FLT’s 10 countries/regions delivered record first half TTV in local currency, and Europe, South Africa and mainland China generated record first half profits.

That gives you a taste of what to expect in tomorrow’s coverage, where we look at FLT, WEB, Mantra Group (ASX:MTR) and SeaLink Travel Group (ASX: SLK) in more detail.