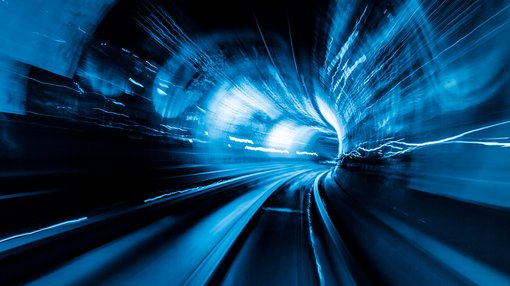 Imagine a radical technology that could move travellers at the speed of a jumbo jet, for the price of catching a bus.

That technology is Hyperloop.

A concept which could be revolutionary for Australia, Hyperloop would travel from Melbourne to Sydney in just 53 minutes at speeds over 1000 kmh.

Hyperloop is the brain child of technological visionary Elon Musk, who was too busy manufacturing luxury electric cars and sending people into outer space to flesh out the idea to its full potential.

As a result, he made Hyperloop an open-source technology, which has led to a variety of trials and tests.

Hyperloop is a mass transit system that relies on partial vacuum to move passengers and cargo near the speed of sound through a tube. The pod-like device is suspended above the tube’s surface by utilising magnetic levitation or air bearings; which is similar technology used on an air hockey table today.

In theory, Hyperloop would be resistive to any inclement weather outside and provide an energy efficient form of travel. But is it viable in Australia? 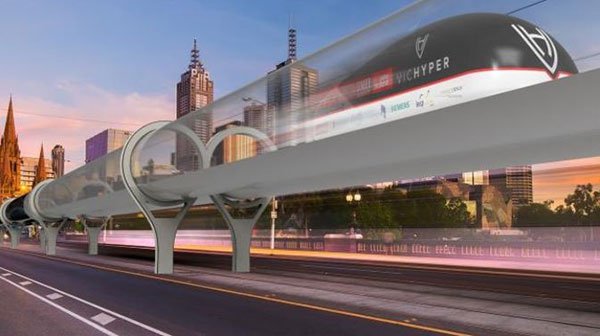 We’ve all heard or read the numerous stories about ‘very fast rail’ being just around the corner in Australia – how is Hyperloop any different?

For starters, Hyperloop is significantly faster. The most advanced ‘bullet’ trains of today can travel at speeds nearing 600kmh, significantly less than the Hyperloop’s much vaunted 1200kmh.

However, even in the unlikely event that Australia built its own fast train network it would likely import outdated models from Japan, which can ‘only’ reach speeds of around 150-200kmh. If speed isn’t enough to win you over, there’s also the cost.

Early estimates believe a Hyperloop system between Melbourne and Sydney would cost around $50 billion dollars. That sounds like a lot, but to put that into perspective – the CLARA group’s 2016 fast-rail proposal estimated its project to sit around $200 billion.

Committee for Melbourne chief Martine Letts believes Hyperloop could be utilised to produce an Australian ‘mega-region’, similar to that of north east America, which is home to roughly 25% of the United States’ population.

Seeing as the Melbourne-Sydney air space is one of the busiest in the world, the demand for a Hyperloop network is there.

“A critical component for a successful eastern seaboard region is to bridge the geographical divide via an efficient intercity link,” she said. “A rapid intercity link will support this. We have the technology to conquer the distance.”

Is Hyperloop just that – hype?

So far, it seems the idea is being taken seriously. Although Musk outsourced the development of Hyperloop, has maintained keen interest in its development. 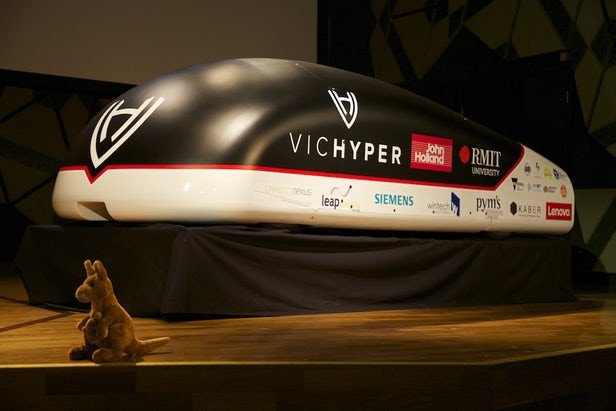 The competition, which tasks teams of university students and engineers with designing and building a functioning Hyperloop pod, attracted over 1,200 submissions.

Of those, SpaceX selected 124 entrants to present their Hyperloop designs to a panel this January. 30 made the final round, where they had the opportunity to create a full working prototype to unleash on SpaceX’s 1.6km test track in January 2017.

One of those finalists was VicHyper, a team from RMIT University in Melbourne.

Zachary McClelland, who is the project director of VicHyper, believes a Hyperloop network servicing the Melbourne-Sydney corridor is inevitable.

“If we really wanted to do it, we could do it now, and have it built within three to five years,” he said.

He also believes the line would run above-ground through rural areas but underground in urbanised zones. Although McClelland’s projections could be overly optimistic, there’s no doubt that Hyperloop is being given serious attention.

Dubai is also working on a Hyperloop network feasibility study – with the aim of making it operational within five years.

VicHyper’s variant won the Braking Subsystem Technical Excellence Award, with the second iteration of the Hyperloop pod competition commencing in mid to late 2017. A home-grown Hyperloop system could just be what Australia needs to facilitate fast land-based travel between our two largest cities.