Australia's embattled conservative minority government is expected to splash the cash in the annual budget announcement Tuesday, in a bid to woo voters ahead of tough national elections.

The Liberal-National coalition has been in power since 2013 but has lurched from crisis to crisis, narrowly surviving the 2016 national election and shuffling through three prime ministers.

The budget provides a golden opportunity to grease the electoral wheels ahead of the vote, expected in May.

"This is almost not a budget, it's more an election setter," National Australia Bank chief economist Alan Oster told AFP.

"We're expecting they'll do very serious tax cuts... and (fund) rural infrastructure, but we're not seeing enough in any of this to change the economic outlook."

The government has the benefit of a budget surplus -- after higher personal and corporate tax income collections from stronger employment growth and commodity prices boosted public coffers.

National Australia Bank economists predict an underlying cash surplus of Aus$1.3 billion (US$930 million) for this financial year, an improvement from the Aus$5.2 billion deficit forecast in the mid-year budget update in December.

A possible surplus of Aus$4.6 billion for the 2019-20 financial year will also allow for further sweeteners, they added.

"My message is a strong economy, a strong budget, a budget surplus -- that only a coalition government can deliver -- is what guarantees the essential services you rely on."

Leaks to local media on what the budget will contain include billions of dollars in tax cuts for low and middle-income earners on top of already scheduled tax cuts.

Pensioners are likely to receive one-off cash payments, small businesses could get a boost in asset write-offs and drought-affected rural communities are set to get more financial assistance.

While the handouts - which will only take effect if the coalition wins the election -- have been labelled as vote-buying, they could also go some way, if implemented, in supporting consumers amid a weakening economy and a looming global slowdown. 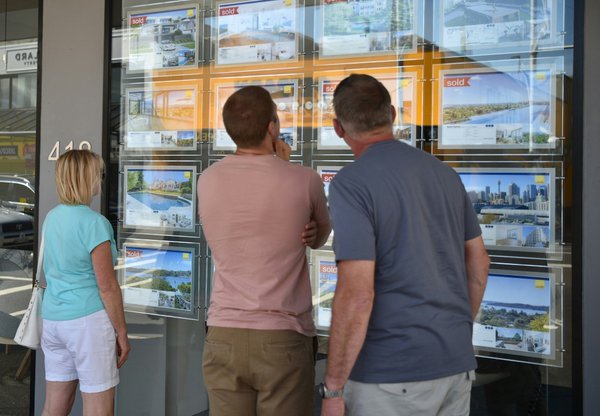 The outlook is uncertain, with slowing economic growth including tumbling house prices expected to weigh on government revenue.

"The household sector will receive a boost just at the time it needs it given falling house prices and likely rising unemployment," Oliver wrote in a note.

"The downside is that... the budget projections will come with a high level of uncertainty as the revenue boost from higher iron ore prices may prove temporary and slower economic growth will weigh on revenue.

"The stimulus is unlikely to be enough to head off the need for (Reserve Bank of Australia) interest rate cuts."

With the main opposition Labor Party ahead of the coalition in opinion polls, voters will also pay close attention to its leader Bill Shorten's budget response on Thursday.

His left-leaning party has indicated that it could match the coalition's tax cuts as cost-of-living pressures bite.

Shadow treasurer Chris Bowen added to national broadcaster ABC on Sunday that if Labor was elected, it would "bring down a major economic statement in the third quarter of the year... to reset the economic settings".