Today we continue our retail market summary, following Part 2 published yesterday and examine some industry segments that in the past have proven resilient in tough times.

Although it should be noted that any stocks mentioned in this series do require you to seek professional financial advice for more information if considering them for your portfolio.

Firstly, sales of comfort foods such as liquor, soft drinks and chocolates tend not to be swayed by economic conditions, and to some extent they revel when consumers are looking for something relatively cheap when the big ticket items are out of reach.

We also look at the recreational sector, in particular a stock that caters for both entertainment and sport at home, a company that could benefit if consumers tighten their belts and forgo the overseas holiday.

In the same vein, when the cost of a new outfit is out of reach some consumers choose to accessorise at a much more affordable price – there is a high growth ASX listed stock that has been cashing in on this trend.

One slice of the retail sector that’s highly leveraged to the housing market is the furniture, floor coverings, homewares and textile goods sectors.

Traditionally, when buoyant conditions have prevailed in the residential housing industry, furniture, floor coverings and homewares stocks have performed well.

With some indications of a slowing in housing activity, this could be a sector to be wary of.

Residential housing data such as housing finance approvals and new housing starts is a useful barometer to monitor as this tends to be a reasonably accurate lead indicator of conditions in the housing goods sector.

In the furniture sector, Nick Scali (ASX:NCK) has been a consistent performer, delivering strong growth through it store expansion strategy while maintaining balance sheet stability.

Analysts at Citi recently highlighted that the group would be interested in acquiring the business of Steinhoff International, a transaction that could be transformational given that it would not only substantially boost revenues, but also provide the group with much improved buying power.

However, that is yet to come to fruition and with the company trading less than 10 per cent shy of Citi’s price target of $7.00 there may be better value elsewhere.

This brings us to Adairs (ASX:ADH), a company that specialises in homewares such as soft furnishings and bedroom and bathroom items such as sheets, blankets, bedspreads, towels and bathrobes.

In late April, the company increased its mid-range pre-tax guidance from $42 million to $45 million, reassuring investors that it wasn’t likely to disappoint come reporting season time.

Morgans only ran the ruler across the stock in the last few weeks, increasing its price target from $2.30 to $2.50.

The broker sees the potential for ongoing growth from the upsizing of stores which is planned over the next 3 to 5 years.

The company is currently trading in the range of $2.10, implying upside of about 20 per cent relative to Morgans’ price target. The broker is forecasting earnings per share growth of 12.3 per cent in fiscal 2019, and based on its projections the company is trading on a seemingly conservative forward PE multiple of 10.

Again, it should be noted that broker projections and price targets are only estimates and may not be met. Those considering this stock should seek independent financial advice.

This is virtually the domain of the major grocery retailers such as Coles and Woolworths.

Consequently, from an investor’s perspective, one needs to be confident regarding the performance of the other areas of the company’s business given that they account for a much larger percentage of revenues.

This suggests that it may be time to consider liquor distributors.

On that note though there has been considerable share price appreciation amongst the majors. Shares in premium wine distributor, Treasury Wine Estate (ASX:TWE) have soared from a low of circa $12.00 twelve months ago to recently hit a high of $20.00, and it is now hovering in the vicinity of $17.50, well above Citi’s price target of $13.30. The broker ran the ruler across the stock in mid-June, reaffirming its sell recommendation.

The other large player that has performed strongly is Coca-Cola Amatil (ASX:CCL), a company that was out of favour for some time leading up to the last 12 months. However, the company’s shares have rerated strongly since November 2017 increasing circa 25 per cent to $9.54.

However, step back about five years and you’ll find that Coca-Cola was in most blue-chip portfolios because of its seemingly resilient business model with a strong market share and unwavering sales.

At that stage it was trading in the vicinity of $15.00, implying a PE multiple of about 18.

In fact, sales of comfort foods such as soft drinks and liquor often pick up during periods of economic uncertainty.

The company went through a period of restructuring to improve its efficiencies and competitive edge, and it now seems to be reaping the rewards of those initiatives.

Coca-Cola has an extremely impressive portfolio of alcoholic and non-alcoholic beverage brands as indicated below. 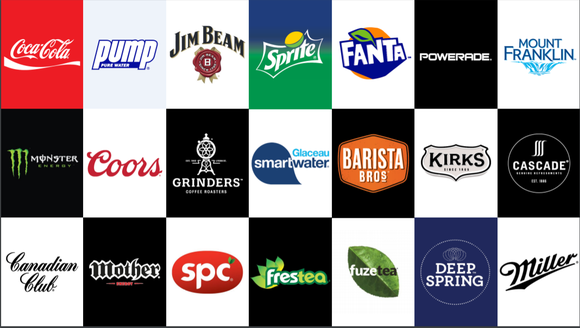 Footwear and other personal accessories

In the footwear space, it is virtually a one horse race with Accent Group (ASX:AX1) a dominant player across all types of footwear from joggers to industrial boots.

Boasting big brands such as Skechers, Vans, Doc Martens and the full range of sports shoes that are sold through The Athlete’s Foot store network, the company covers all bases.

However, its shares have run hard over the last 12 months, more than doubling to a recent 12 month high of $1.68. Citi only ran the ruler across the stock in recent days, arriving at a valuation of $1.40 per share, and this is in line with its price target.

With the company trading at a slight premium to that valuation, which is also in accord with consensus forecasts, investors may find better value elsewhere but should seek professional financial advice before making an investment decision.

Lovisa (ASX:LOV) has a prominent position in the personal accessory space, but it is another stock that appears to have its compelling growth attributes already factored into its share price which has increased roughly threefold in the last 12 months.

However, for investors seeking a growth story it is worth noting that consensus forecasts point to compound annual earnings per share growth of circa 20 per cent over the next two years, well in excess of the sector average.

What’s more the company has shown that it can deliver this sort of growth in the past, having generated three-year compound annual earnings per share growth of circa 25 per cent.

Super Retail Group (ASX:SUL) could re-emerge as the stock of choice in this sector after spending some five years in the doldrums.

It could be argued that management tried to do too much too quickly on the acquisition front leading to underperformance in a number of its businesses.

There is now evidence that margins are improving, indicating improvements in efficiencies and generally a sign that the big acquisitions like Rebel and Amart Sports are now fully integrated with the potential to drive medium term growth.

The company also has a strong long established position in auto retailing through its Supercheap Auto business. 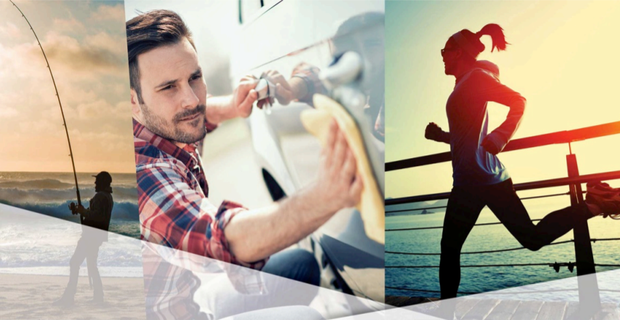 This is an area of the business that can prove to be fairly resilient during challenging economic periods.

When times are tough, the holiday at home option becomes more popular than tripping overseas.

On the same note, a depreciation in the Australian dollar which makes overseas travel more expensive can also work in favour of the likes of BCF.

The following chart is worth examining as it indicates the company’s share price outperformance relative to the S&P/ASX 200 Consumer Discretionary index trendline (in black) since listing on the ASX in mid-2004. 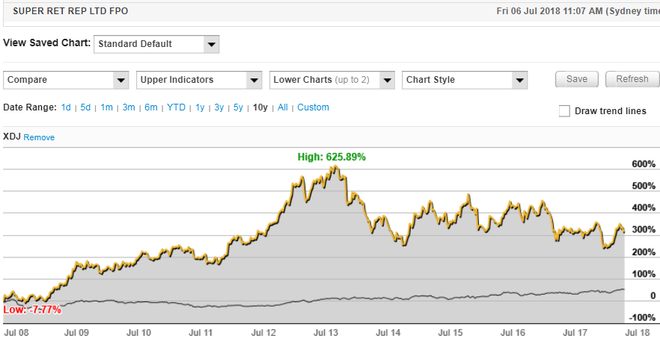 Consequently, while there have been some teething problems in integrating new businesses the company has demonstrated over a lengthy period of time that it can substantially outperform its peers.

Current initiatives which involve restructuring and exiting the Rays Outdoor business should lead to margin improvement.

Super Retail appears to be conservatively priced on a PE multiple of 12 relative to fiscal 2018 forecasts.