Could stocks rally after the US election? 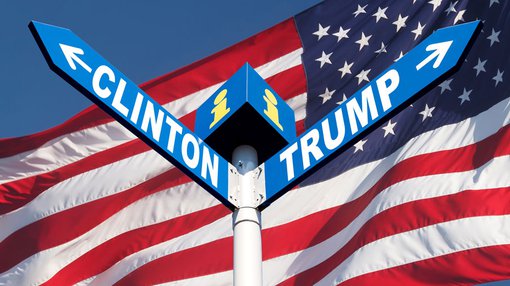 Barring a major surprise event, a relief rally could be on the cards for the stock market.

Investors have been cautious leading into the US election, with the market now having sold off each trading session since last Thursday; the Dow Jones Industrial Average dropped over 200 points. The market would be hoping to see money re-enter once all the hype and hoo-hah surrounding the presidential election is over.

The sell-off has been largely attributed to Donald Trump rallying in recent polls to overtake Hillary Clinton last week, with the market pricing in a possible Trump victory.

Trump was down two points today, but polls are only really accurate depending on the bias of the publisher.

Trump has been vocal against Wall Street and the Federal Reserve in his campaign speeches, which has seen some in the equities market take money off the table.

On the flip side, a win for Wall Street-friendly Hillary Clinton would likely see money flood back into the market and stocks surge over the short to mid-term.

Interestingly or of concern, the money raised by the two leading candidates equates to over $2 billion raised – $1.3 billion by Clinton and $759 million by Trump. Including the candidates from the primary that figure jumps well over $3 billion, making the presidential race the most expensive circus show of 2016.

Longer term, the direction of the market will weigh upon other factors such as what the Federal Reserve does with rates in December and beyond and economic numbers coming out of China.

The Federal Reserve will hold rates until at least December allowing the potential for a relief rally, even if it is a dead cat bounce.

As for the Australian market, the Reserve Bank of Australia is showing no signs of slowing down its lax monetary policy, likely to see the cash rate pinned under 1.5%, having lowered rates by 0.25% in both May and August of this year.

In addition to these favourable market conditions, the annual Santa Claus rally leading into Christmas could once again see investors park their money in the market over the holiday period, seeing stock prices rise.

Please note that there are many factors currently at play that are not discussed in this article and could impact markets. Those looking into the impact of the US election on markets should seek professional financial advice.

Back to the election, many people will be happy to see this cycle close out.

We’ll find out on Wednesday what US voters decide and how the market reacts.