SportsHero looking to jump on board the global sporting industry juggernaut 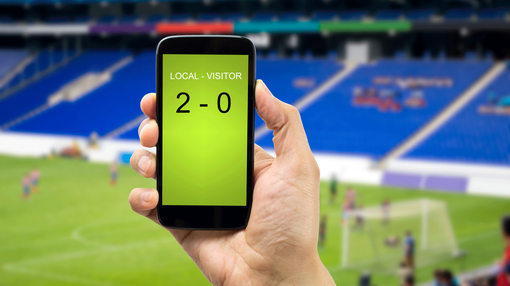 SportsHero (ASX:SHO) debuted on the ASX today following the reverse takeover of Nevada Iron (ASX:NVI). This follows the disposal of NVI’s Buena Vista Iron Project which, despite the recent rebound in the iron ore price was seen as challenging in terms of bringing it into production with little capital.

As a result of the reverse takeover SHO will change its focus to a social media company, developing Asia’s first real-time fantasy sports app and social prediction platform through the acquisition of 100% of the issued capital of Sportz Hero Pty Ltd (SPA), the contemporaneous acquisition by SPA of an additional 83.33% of SportsHero enterprise (SPS), making SPS a 100% owned subsidiary of SPA.

However this is a very early stage play and investors should note the high risk associated. As such, investors considering this stock for their portfolio should seek professional financial advice before making an investment decision.

Establishment of a social media sports platform and app

The SportsHero business is a social media platform boasting Asia’s first real time fantasy sports app and social prediction platform. The app involves the integration and development of FootballHero, which was launched in January 2015 and within six months of launch had accumulated approximately 250,000 users.

It is intended that FootballHero users will be migrated to the SportsHero app. SportsHero and FootballHero were developed within MyHero Limited, the Singapore-based company behind the stock market simulation app, TradeHero.

The information broadcast by the users can be anything. In TradeHero’s case though, it is the use of trading signals in financial markets that attracts both Following and the Broadcast Users.

In SportsHero’s case, it is news and comments about a sporting event and the participants and discussion of the potential outcome. In both cases, past events are validated so that Following Users can automatically select the top information provided by the Broadcast Users they wish.

TradeHero was launched in January 2013 and bridges the gap between casual and experienced investors by providing a platform where users can choose to subscribe to expert trade feeds for data and insights to potentially support their understanding of stock markets with a view to earning monthly subscription fees from users who follow their tips.

TradeHero shares subscription revenues from followers equally with top traders, enabling users to monetise their trading expertise with the app. SportsHero will replicate the TradeHero model and allow sports fans to gain an increased understanding and enjoyment of the games by collating the power of all other sports fans in its social community with validated predictions and social sentiment.

Using this engagement, SportsHero will leverage the growing interest in sports across Asia to become an encompassing sports social media site where fans can engage directly with their sports heroes, purchase tickets to sporting events, engage through e-commerce to purchase and sell memorabilia, team or individuals clothing, as well as interacting with other users to create a true sports fan base experience.

The SportsHero app is already available in all app stores globally for both Android and iOS.

Successful users can charge through a subscription based platform

Users of sports hero can win daily, weekly and monthly prizes through interaction with other network users. Successful users who have the ability to guide the actions of other users may charge for providing premium information through a subscription based following.

The platform charges the followers a monthly fee (up to US$100) for following others and SportsHero then splits the fee with those being followed, paving the way for a sustainable revenue model.

In SportsHero, there are currently two primary sources of revenue. Subscription income is generated through sports tips, and the other source of revenue comes from pool-based contests where sports souvenirs and endorsed merchandise are provided as prizes.

With regard to the subscription based sports tips revenue stream, SportsHero is a brokerage platform to monetise the flow of information in a way that empowers and enriches its users and contributors. Users with the best prediction history are placed on top of leader board slots in various categories.

Other users can then subscribe to them for a monthly fee or one off prediction and receive their sports tips before games take place. SportsHero collects the subscription fees and splits the fees 50/50 (after other costs like App Store and other distribution costs) with the leaders who are being followed.

In the pool-based contest revenue stream, users “buy-in” to join contests, and receive prizes (where the sum of the prizes are close to the pool buy-in amount) and SportsHero awards prizes to the winners of the contests.

US fantasy sports market valued at US$70 billion annually

SportsHero said that the fantasy sports market in the United States alone has been valued at US$70 billion annually. In addition, it is estimated that there are over 1 billion smart phone users across the Asia Pacific region (including China) and it has been further estimated that around 50% of these users are sports fans.

The interest in football (soccer) is particularly large and this is one of the first sports to be featured on the SportsHero app. China, in particular, is leading this growth in sports interest and the Chinese Premier has been publicly quoted as having an ambition to make China the world’s largest sporting economy. SportsHero is of the view that the global sports world is going to shift on its axis to Asia and it intends to be a significant player in this rapidly expanding market.

In order to capitalise on this anticipated growth potential, SportsHero intends to target the smart phone market across Asia, including China, by providing video highlights, live scores, user tournaments and games. It is also plans to expand the app into Europe and the Americas.

However, how much of the market SportsHero is able to corner is speculative at this stage and therefore investors shouldn’t act on this fact alone, but should take all publicly available information into account and seek professional financial advice.

A partnership between Singapore listed YuuZoo Corporation and SportsHero was confirmed in May 2016 which will facilitate marketing of the SportsHero app across YuuZoo’s network and partner platforms.

This agreement gives SportsHero access to YuuZoo’s 118 million user base, as well as a more substantial number of TV viewers across 164 countries. From commencement of the partnership agreement YuuZoo’s customers will be able to play games and win prizes on SportsHero.

With its growth driven by the fast growing sports prediction and e-sports markets, as well as the growing sports culture (particularly across Asia), SportsHero has the potential to become a dominant sports social media platform.