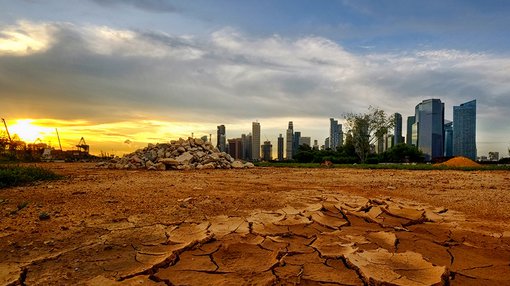 “The risk of climate change is clear and the risk warrants action.”

Those are the words of ExxonMobil (NYSE: XOM) — the world’s largest oil company. But vague affirmations of caring aren’t enough for Exxon’s shareholders, it would seem.

In what has been described as a monumental decision, almost three-quarters of ExxonMobil shareholders demanded the company be more open around the impact of climate change on its business. They demand that the US$344 billion oil company conduct an annual ‘stress test’ to measure how its oil assets will be affected by climate change regulation and new technology.

And now Trump has withdrawn the US from the Paris climate agreement — an international agreement between close to 200 countries with the shared objective of reducing greenhouse pollution. This move essentially signalled that the world’s second largest emitter of greenhouse gases has quit trying to address the threat of global warming.

Yet Trump’s decision has also emboldened others to resist policies aimed at curbing climate change. Obama, in responding to the decision, speculated that US states, cities and businesses will step up and do even more to lead the way to help protect the planet for future generations.

And that’s just what ExxonMobil shareholders are doing.

Yet the vote is non-binding, and so far Exxon has said little more than it will “step back and reflect on the vote”.

Yes, the decision is monumental — in that ExxonMobil is the world’s largest oil company — yet it is not the first time a company’s shareholders have made such demands. Investors are increasingly insisting that companies disclose the likely impact of global warming.

Similar proposals by shareholders of US$45 billion Occidental Petroleum and US$26 billion utility holding company, PPL, both passed resolutions forcing the management to more clearly explain how climate change could impact their businesses.

So while Trump is on one hand is winding back the United States official support of climate change action, shareholder groups are increasingly taking action into their own hands and forcing multinationals to adjust their practices.

Alternatively, ethically-minded investors wanting to invest in the energy market can avoid the oil and other traditional energy industries altogether.

A company like ASX-listed small-cap Dyesol Ltd (ASX: DYE) is one such option. While not a direct competitor to the behemoth that is ExxonMobil, this $75 million-capped clean energy solution provider offers a more climate friendly way to invest in the energy market.

However, this is a speculative stock so investors should seek professional financial advice if considering this stock for their portfolio.

Or, for a more diversified investment approach, there are a number of clean energy exchange traded funds (ETFs) — although none are yet listed on the local market. ETFs provide investors with a basket of stocks — much like a managed fund, but with lower fees and greater ease of buying and selling.

One such ETF is the NASDAQ-listed iShares Global Clean Tech ETF, which provides investment exposure to big-name clean energy stocks from around the world, including the US, China, and European companies. The ETF has had a tough couple of years after it reached a peak in mid-2015, but looks to be staging a recovery having risen 7% since the start of the year.

This shift in focus towards clean energy was echoed by Edward Mason, the head of responsible investment at Church Commissioners for England, one of the major ExxonMobil shareholders that led the vote. Mason noted that, “Trump is acting contrary to Wall Street and the world’s largest investors. [...] Climate change is a material financial risk and shareholders want to know how companies will manage the change to a low carbon economy.”