The Runt of the Litter: Cobalt completes lithium-ion trifecta 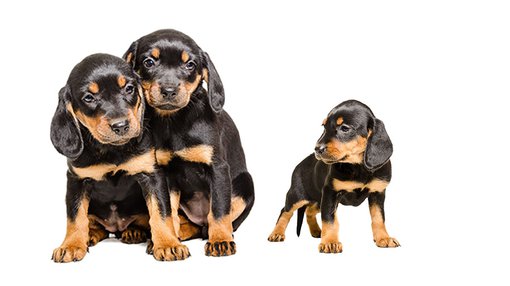 Cobalt has never been the most glamorous of metals.

A chemical element used as a specialty ingredient in the manufacture of precision parts in aircraft, industrial machinery and other tools, Cobalt even has a radioactive variant that is used in the treatment of cancer, while yet another of its derivatives is used to impart colours on surfaces such as glass and ceramics.

Cobalt has led a pretty sheltered existence and its market value has led to more sighs than highs. 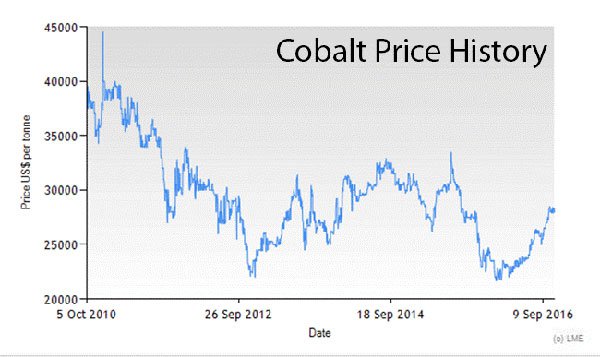 Since 2010, cobalt prices have remained in a broad downtrend on the back of oversupply from its two major producing nations (Democratic Republic of Congo (47%) and Australia (15%), although the price of high-grade cobalt is currently around US$25,000 per tonne and climbing.

It should be noted that for political and social reasons, any stock mentioned in this article operating in the DRC is classified as very high-risk. Getting mining projects up and running in countries such as the DRC is no simple feat, and there may be challenges ahead.

As suggested above, this year the tide has turned and in 2016 cobalt prices have risen 30% giving companies such as Alloy Resources Limited (ASX:AYR) and the soon-to-be-listed Cobalt Blue, who will list with the ticker code COB, a strong indication that they may be in the market at the right time. 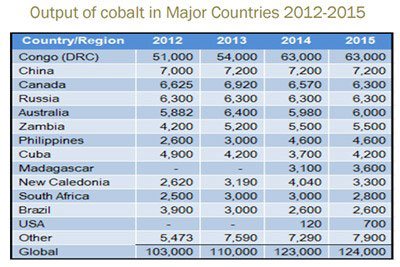 The possible reason for the recent hype, and consequent spill over into market prices, has very possibly been the emergence of a revolutionary method of storing and using energy – lithium-ion batteries – carrying the potential to transform entire industries into cleaner and more efficient versions.

Some market analysts have hailed the emergence of lithium as a “white gold rush” with the tangible potential of liberating energy consumption and storage. Trailblazing companies such as Tesla (and a host of Chinese emulators in tow) are driving towards an entirely different energy future that is built on more efficient storage compared to fossil fuels – electricity. The Tesla effect has the potential to shift how the world thinks about energy and, therefore, could affect the values of key raw materials required for an energy-efficient future.

In a throwback to Ford’s historic launch of the Model T in 1908, Tesla’s Model 3 launch last year could potentially repeat the feat of revolutionising how people get around and transforming mass transport in the 21st Century, the same way Ford’s Model T did in the 20th Century. 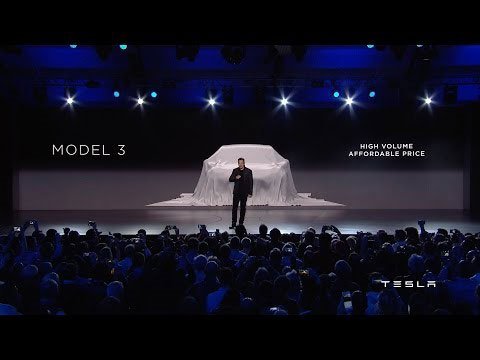 So how has this white gold rush affected the market? Let’s look to China.

China accounts for nearly half of global refined cobalt production and relies on imports of raw materials. It is not a surprise that changes in imports and stocks of accumulated feed have a tremendous impact upon the global cobalt market.

Demand is forecast to grow at a higher rate than supply although it is likely to take several years for recent oversupply and stockpiling to be reconciled, therefore keeping prices stuck in their tight ranges over the medium term.

With oversupply still lingering within the market, a de-facto cap on prices could eventually dissipate and unleash a cobalt boom in similar fashion to lithium and graphite.

In May 2016, China Molybdenum announced its plans to purchase Freeport McMoRan’s interest in its TF Holdings Limited for US$2.65 billion which would make it the largest producer of cobalt in the world.

Various market estimates suggest the global cobalt market could grow at a CAGR of around 10% over the coming 5 years. This is modest growth and far less frothy than other lithium-ion battery components.

One other metal that’s being ignored to a relative extent, and one that could be making an appearance on the battery front in a big way, is zinc. Zinc is the third most mined metal globally and its price has escalated in 2016 as the possibility of zinc being preferred as a possible battery element have surfaced.

Cobalt is a hard, shiny and grey metal, appearing in the Periodic Table between iron and nickel. Today, cobalt has many strategic and irreplaceable industrial uses because of its unique properties; a high melting point (1493°C) and retaining its strength to a high temperature; being ferromagnetic with a high thermo-stability and being multivalent, thus enhancing catalytic action. Cobalt is the 33rd most abundant element in the earth’s crust and global reserves are estimated at around 7 million tons.

With cobalt, it is generally processed as a by-product of processed nickel and copper ores. Cobalt and its alloys find application in numerous industries such as battery chemicals, super alloys, defence and other catalysts. 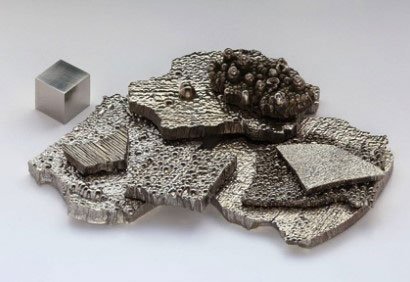 Cobalt represents the third ingredient in the lithium-ion battery trifecta which already includes graphite and lithium. It would seem that for a new energy future to emerge, the future supply of all three of these commodities must rise substantially to meet the expected demand from battery manufacturers such as Panasonic and Tesla.

Both lithium and graphite prices have spiked in recent months, taking early-stage explorer valuations higher and raising the amount of exploration being done for these commodities exponentially.

The exploration rushes that have overwhelmed graphite and lithium markets have failed to materialise in the market for cobalt – although this could change over time as historic oversupply gradually leaves the market. New supply is far from plentiful although demand expectations remain just that – expectations.

One of the biggest factors threatening to influence future cobalt supplies (and prices) is the ongoing political uncertainty in the Democratic Republic of Congo (DRC), where 47% of the world’s cobalt ore come from.

Also, cuts to metal production at Glencore’s Katanga Mining in the DRC last September and at Votorantim in Brazil in May have jolted the eerie calm in cobalt prices.

Cobalt prices have remained in a state of unparalleled lethargy, with low-grade prices range-bound between $10 and $11 per pound, while high-grade cobalt trades at around $12-13 per pound. 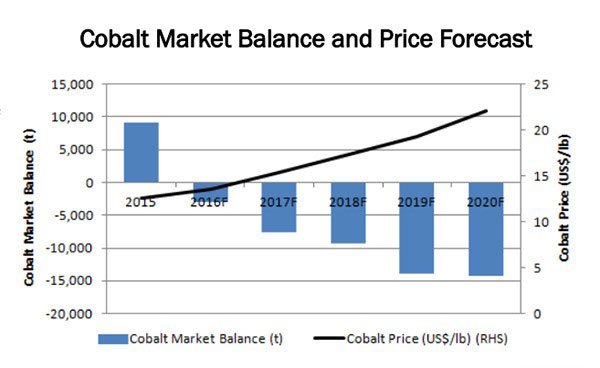 It should be noted though that commodity prices do fluctuate and there is no guarantee these rises will continue to occur. Investors who are looking at stocks in this sector, should take a cautious approach and seek professional financial advice.

Cobalt consumption growth has outperformed that of several other metals due to unprecedented demand from the chemical sector – or in other words, the chemicals used in lithium-ion batteries.

In recent years, demand from this sector has benefited from ample availability of material and low prices while consumption from metallurgical sectors has risen at more modest rates. With high-tech applications that use cobalt being subject to unforeseeable technological development, the question is whether the chemical sector will continue to grow at rates seen in the recent past.

An important factor to distinguish if investing in cobalt stocks is the difference between metallurgical and non-metallurgical refined cobalt.

In the last two years, there has been a growing asymmetry between the market for refined cobalt products and that for cobalt raw materials. Whilst the market for concentrates and intermediate products is tightening, a combination of expanding metal producing operations and weaker-than-expected demand leads to a well-supplied metallurgical market.

A runt of the litter or much more?

Historic cobalt oversupply has put significant pressure on prices for more than three years but the market may now be turning a corner.

There has been a visible improvement in market sentiment across the board: cobalt prices have been trending up since the beginning of the year; the nickel price rally has favoured nickel-cobalt producers; demand from rechargeable batteries used in consumer electronics continues to be robust; the prospect of a booming Electric Vehicle market generates further upside potential.

Cobalt is currently the runt of the lithium-ion litter, although this could change over the coming years as an alternative means of meeting global energy needs emerges to take over from fossil fuels.