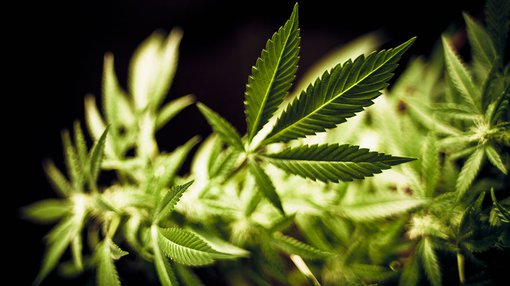 There was strong interest in Roto-Gro International (ASX: RGI) when the company debuted on the ASX on Friday afternoon with its shares opening at 21.5 cents, representing a premium of circa 8% to the IPO price of 20 cents.

However, it should be noted that historical data in terms of earnings performance and/or share trading patterns should not be used as the basis for an investment as they may or may not be replicated. Those considering this stock should seek independent financial advice.

The company has an interesting background having recently entered into conditional share sale agreements for the acquisition of 100% of the issued share capital of Roto-Gro Worldwide Inc. (RWW).

RWW has agreed to acquire certain rights in relation to an automated rotary hydroponic advanced garden system designed, developed and manufactured in Canada by Roto-Gro Inc. since 2006. The agreement also involves ongoing support and maintenance for the system.

Considerable research and development has been put into developing the system and it has unique features which differentiate it from competing hydroponic systems. These include its patent pending design and stackable configuration which provides a growing area equivalent to approximately nine times that of a conventional growing area.

Being able to offer these efficiencies provides end users with improved crop yields per square foot in comparison with conventional growing systems, and in turn consumes approximately 40% less electricity than other hydroponic systems.

The system has been designed to also deliver fluids, nutrients and carbon dioxide more effectively and efficiently than conventional growing systems.

As licensee, RWW has entered into a conditional patent license agreement to acquire a royalty bearing license under a worldwide exclusive license to manufacture and distribute the Roto-Gro System, and any improvements to medical cannabis producers, distributors and resellers, and a worldwide non-exclusive licence to distribute the product for all other purposes.

This is significant in that the system particularly lends itself to markets which involve health and nutrition supplements, including herbs and spices, pharmaceuticals and nutraceuticals. This is a burgeoning industry and with the system already recognised by certain medical cannabis producers and distributors in Canada, Europe and the US, Roto-Gro is well positioned to service the niche legalised medical cannabis market.

Regulatory bodies across the US and Europe particularly are recognising the benefits of medical cannabis, and even in the last six months its use has been legalised in numerous new regions.

Opportunities lie in the food and pharmaceutical markets

Management’s growth strategy includes expansion into the food sector where there are challenges to obtain fresh produce due to climatic conditions and other factors that make it difficult to grow crops using traditional farming methods.

However this is a very early stage play and investors should note the high risk associated. As such, investors considering this stock for their portfolio should seek professional financial advice before making an investment decision.

Due to the premium price of food in these areas, utilising a hydroponic system is often a more economical option as opposed to importing food from outside sources.

Importantly, hydroponic systems are less affected by weather than other agricultural industries, largely due to reduced reliance on water and because the nutrient rich wastewater used in hydroponic farming is typically recycled back into the production process, boosting production efficiencies.

With regard to the pharmaceuticals and herbal additives market, over 50 herbs have been identified that can be grown in the Roto-Gro system. Management has identified opportunities to transition to a vertically integrated business model which could involve initiatives such as the supply of its own line of nutrients.

With better access to capital markets as a listed entity there is also the potential for acquisitions which could provide expansion opportunities or assist in facilitating the establishment of a vertically integrated model.

Roto-Gro has an established client base with Canadian based, NutriLife, being one of its largest customers. Sales to that group exceed 600 units.

The company has a number of external factors working in its favour. These include population growth which equates to increased food consumption.

The fact that the availability of arable land is decreasing as the demand for food is increasing will necessitate alternative farming methods such as Roto-Gro, which can produce in much larger volumes across a significantly smaller tract of land.

As the demand for food increases and crop maximisation comes into focus there is likely to be a significant increase in demand for fertilisers which will likely inflate the prices of products such as phosphate.

This also has the potential to make the value proposition for using RGI’s systems more viable.

The other factor that is worth noting is the increased focus on health and wellbeing where diets rich in fruit and vegetables are being adopted more readily by consumers.

Given RGI’s systems have a large focus on the fresh fruit and vegetable growing industry, the company could benefit from a significantly higher proportionate increase in the consumption of these foods, as opposed to other categories such as processed and frozen foods.