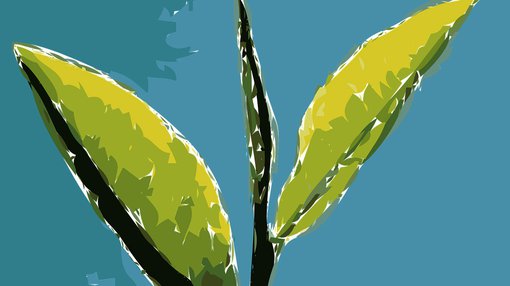 In part two of our series on what to expect from the biotech sector this year, we pick the brains of two more experts in the field.

You can find part one here, but in this instalment our experts wax lyrical on whether Australia will follow the US in an expected quiet year, what the hyped ‘Innovation Statement’ really means, and what the US election season could mean to biotech.... 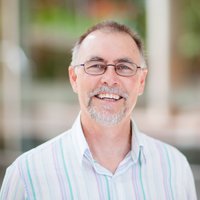 Dr Nisbet has over 30 years of drug development, business development and general management experience in the local and international biotechnology sector.

He is a co-founder and partner in the biotechnology consulting company Afandin Pty Ltd and a co-founder and Executive Director of the oncology drug development company Senz Oncology Pty Ltd.

So what does the biotech sector hold for 2016?

IT and biotech, basically the same thing?

The jury really is still out on what the innovation statement means for biotech in Australia. All the rhetoric is very good and appointments the government has made such as Bill Ferris to Innovation Australia and Alan Finkel as the new chief scientist are positive appointments for the biotech sector.

It will be interesting to see how it plays out. Personally, I’m always sceptical about governments’ ability to deliver on the rhetoric and biotech is a tough sector to understand.

You have Malcolm Turnbull who understands the IT sector, so I worry that IT will get lumped in with biotech but they’re very different beasts. He’s said all the right things and engaged with the right people though, so the vibe is there at least.

The market to wait on data

My view is that if you look at some of the valuations of companies in the sector... those valuations weren’t sustainable. It doesn’t mean they were bad businesses by any stretch of the imagination. The valuations were just outrageous.

It’s my feeling that the market will trade sideways rather than become a bust. However, we will get some data out from some of the bigger players and that will either drive the market up or down.

We’re waiting on more data from Kite [Pharmaceuticals] and Juno [Therapeutics], we’ll hopefully see more data on regenerative medicine results, Bluebird [Bio] is due to release data on gene therapy, and if it’s good data it will drive the sector.

A lot of this data is due at the back-end of the year and into next, so the market may trade largely sideways without the data.

Sideways for Australia too?

I think Australia tends to exist in its own little world unfortunately so while we did see some stocks do well, we didn’t really capture that bull run.

Our market is driven by day traders in some of the smaller stocks, so you can’t draw too much conclusion from that because it’s not really knowledgeable investment.

So it’s going to be case-by-case rather than a broad market sentiment thing. For good or bad, the Australian market operates independently of the US, which is odd because biotech really is a global business.

Immuno-oncology is hot, hot, hot — No other way to describe it. The initial data...has been quite breathtaking and so people are jumping into that space left, right, and centre.

The thing with these types of technologies is that they can be flavour of the month, and immune-oncology fits that bill.

People are wondering how you’re going to make it work from a pricing perspective, and the thing is once you start combining these high-priced therapies you’re starting to look at treatments costing up to 400,000 dollars per patient per year.

That’s the key question around it, but the initial clinical data has been very supportive of the technology working, at least.

Anti-pharma sentiment to flare up in US

People are starting to talk about the price of pharmaceutical goods in the context of the US elections...that goes to the outrage generated by Martin Shkreli. Already Hillary Clinton and Donald Trump has said they’re going to weigh into the debate around pricing.

That to me is the big sleeper in that field at the moment, but it won’t be a sleeper for too much longer depending on who gets elected in the US.

He [Shkreli] is now in front of Congress trying to justify the increase in the price of Daraprim. Valeant, another company which has been on the acquisition road for cheap drugs has been called before Congress so it’s certainly getting a head of steam in the US.

Pharma companies are not popular, and while they definitely have the muscle to fight back if it does become a target...it is something to watch to see if it affects pricing. 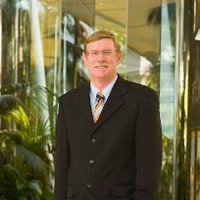 Dr Mel Bridges (B.Sc. FAICD) has successfully founded several companies in the biotech, lifesciences, clinical diagnostics and medical devices spaces (including Pacific Dignostics; PanBio; ImpediMed and Anatara Lifesciences), and has completed listings on the ASX; London Stock Exchange and NASDAQ – having raised over $500M in capital and participating in over $1Bn in liquidity events for shareholders.

The biotech sector by nature is extremely capital hungry and a medium/major correction in the global capital in markets in 2016 could result in a constraint on the ability to raise much needed capital, be that in IPOs, private placement or shareholder raisings such as SPPs or Rights issues.

I am a firm believer in ensuring that when capital markets are open, companies I have founded and Chair always have a strong Balance Sheet – allowing pipeline development doesn’t stall during these periods.

...but money may flow from resources to biotech

On the counter to this, the biotech sector has had a strong year in 2015 in securing capital from the local and US markets. The downturn in the resources sector has put biotech back in a positive light with the movement of risk capital away from resources to biotech/lifesciences/healthcare and medical devices.

At this point I believe this sentiment will continue into 2016. A number of companies will test this appetite in 2016.

2015 was great for biotech companies in Australia...

Overall the sector delivered on milestones in 2015 and a range of companies were rewarded with a significant increase in their market cap and share price. Anatara Lifesciences (ASX: ANR) has been a standout with a rise of over 300% over the last 12 months.

...and Australia’s insular nature could protect the industry from the worst

I think the outlook for the sector in 2016 looks positive. Increasingly Australian capital markets, although still tied to leading overseas markets, seem to be less impacted by offshore sentiment – this reflects the increasing sophistication of the ASX and its investor base.

Brain drain is still a problem, but not as bad as it used to be

Lack of experience and local expertise in overseas regulatory approval processes (eg., US FDA & EU) continues to be a challenge facing the industry.

I don’t see the same ‘brain drain’ we saw in past decades, with a significant number of successful companies gaining overseas approval; launching products successfully in major overseas markets and negotiating significant and lucrative pharma licensing and partner deals. I see this trend continuing through 2016 and if anything accelerating with a greater number of companies nearing commercialisation.

The level and sophistication of the local knowledge base has increased significantly in the last five years.