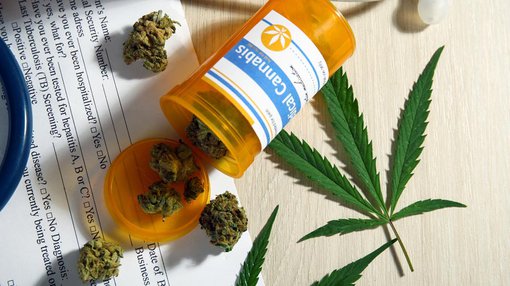 The federal government has now defined a pathway for medical cannabis companies to vertically integrate operations in Australia – so are we about to see sentiment pour in for so-called ‘pot stocks’?

In case you missed it, earlier this week the senate passed a government bill which essentially put medical cannabis products into the same restricted class as morphine rather than being classed as an illicit drug.

It also paved the way for a national regulator to be set up to audit companies which wish to grow medical cannabis in Australia, extracting cannabidiol to use in medical products.

Before, there has been a mish-mash of ways patients suffering would need to get their hands on medical cannabis products – some of which have been shown to help things such as multiple sclerosis, epilepsy, some cancers.

That of course, isn’t mentioning the obvious pain relief benefits from the products.

Australians, in the past, would need to import products which could be difficult given there are export barriers in place in other countries.

Having a local supply of Australian made and manufactured medical cannabis products has the potential to be huge for patients who need the products.

Judging by the market, however, the news has the potential to be big for so-called ‘pot stocks’.

MGC Pharmaceuticals (ASX:MCX), which somewhat serendipitously listed on the Australian Securities Exchange a day before the passing of the latest legislation, rose by just under 27% since it started trade on Tuesday.

The company is focused more on the cosmetic than the medical, launching an initial range of 15 cosmetic products under the MGC DERMA brand – although it plans on launching 50 in the first half of this year.

While not directly a medical cannabis player, MCX is positioned to ride the wave of sentiment that the new legislation will create.

At this stage it has not signalled that it will seek to integrate operations in Australia – it’s still based out of Slovenia, longer term it is seeking to become a major supplier of cannabidiol, which is the active ingredient in medical cannabis products.

One player which has signalled that it’s seeking a first mover advantage in Australia though is MMJ PhytoTech (ASX:MMJ).

At the moment its major product is a cannabidioil pill, but like MCX, MMJ is eyeing up becoming a supplier of CBD ingredients.

It has previously signalled that it would investigate the possibility of moving some operations into Australia.

Despite being listed on the ASX, to this point MMJ’s game plan has been to grow cannabis and extract CBD ingredients in Canada, develop CBD-based pharmaceutical products in Switzerland, and undertake research and development in Israel.

Its thinking is that its experience overseas now gives it a first-mover advantage in Australia.

“The establishment of our offshore operations has provided us with a head start and afforded us the technology, intellectual property and relationships necessary to move quickly in this newly regulated market,” the company said in a market statement.

“Whilst the company intends to explore all options available to us, the company’s current intention is to pursue its planned importation of Satipharm CDB capsules for national distribution with an Australian partner, with the view to broadening our product offering in line with the new legislation.”

Again, while at this stage MMJ doesn’t appear to be setting up a vertical supply chain in Australia – it too has been caught in the wave of market sentiment.

MXC has also hinted at getting more involved directly in Australia thanks to the legislative change.

But Australia isn’t the only jurisdiction in recent times which has seen laws pertaining to the use of medical cannabis modernise.

In places such as the US and Canada, governments have taken steps to make medical cannabis and medical products derived from cannabidiol more available.

As more and more research finds CBD extracts are having positive effects on patients and those patients and their supporters start to lobby for greater access – the wheel is turning.

“I would particularly like to acknowledge the many patient advocates who have played a tremendous and tireless role in bringing this important issue to the attention of the nation,” Ley said.

The message here is that the nation, and the market, are now paying attention.