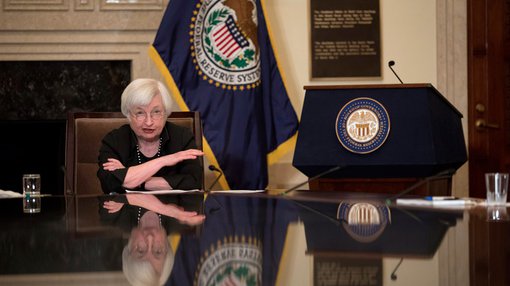 Data released in the last 24 hours in the US has all pointed to a more inflationary environment, arguably seeing the odds firm for a March rate increase, with some analysts now tipping that there will be four rather than three rate rises in 2017.

Investors weren’t perturbed by the prospect of rate rises, seemingly of the view that a healthy fast growing US economy will support business earnings, another reason to stay on the stock market rollercoaster.

The Dow hit an intraday high of 20,620 points in the last hour of trading before closing at 20,611 points, up from the previous day’s close of 20,504 points, representing a gain of approximately 0.5%.

The NASDAQ also performed strongly, and it was just off its intraday high of 5822 points as markets drew to a close, representing a gain of more than 0.6%.

Positive sentiment rubbed off on European markets, and similar to the US it was stocks in the financial sector that performed strongly.

Market commentators are tipping an early rate rise in the US could see Europe follow suit. As banks benefit from a higher interest rate environment, the rally in financials wasn’t surprising.

Gold also made its most significant rally for more than a week as it gained 0.6% to finish at US$1233 per ounce.

After hitting US$53.50 per barrel in mid-morning trading, oil gave up all of its gains to close in the vicinity of US$53 per barrel.

Iron ore was relatively flat, but is still hovering above the US$90 per tonne mark.

Base metals were mixed with copper and nickel gaining ground while zinc and lead declined. However, at US$1.31 per pound, zinc isn’t far off the multi-year high of US$1.33 per pound struck less than a week ago.

Nickel delivered the most substantial gain as it rallied approximately 2% to close at US$4.95 per pound.

The Australian dollar increased sharply to push above the US$0.77 mark for the first time since November 10.

In Australia, it is a busy day on the reporting season front as Telstra, Origin Energy and Sydney Airport to name a few, release their results.