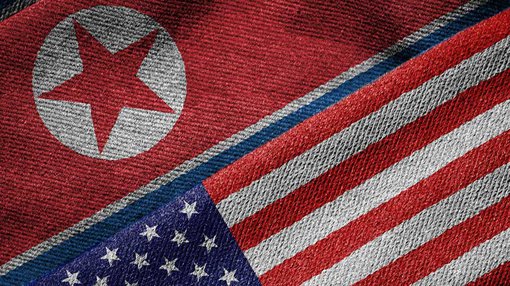 As Wall Street opened on Monday, the focus was on the potential for an escalation in political tensions between North Korea and the US, as well as other nations in the firing line, as the former launched four ballistic missiles into waters off its East Coast, three of which landed inside Japan’s Exclusive Economic Zone.

However, with little detail yet to be released regarding North Korea’s actions and a lack of economic data there was little movement in markets.

The Dow and the NASDAQ came off 0.2% and 0.3% respectively as financials lost momentum following a strong run. The Dow closed at 20,954 points and the NASDAQ 5849 points

Major European markets were all in negative territory with the FTSE 100 falling 0.3% to close at 7350 points.

Financials were the culprits in sending some European markets lower with the most notable being Deutsche Bank AG plunging nearly 8% after announcing that it intended to conduct an €8 billion share sale to make its capital position more robust.

There was little movement on the commodities front as gold finished towards the bottom of a range which saw it trade between US$1225 per ounce and US$1237 per ounce.

After hitting a high of US$53.56 per barrel in early trading the oil price gave up most of those gains, and as US markets drew to a close it was down 0.2%.

Iron ore came off slightly to slip below the US$90.00 per tonne mark.

All base metals apart from nickel trended lower with copper declining circa 1% to US$2.65 per pound.

Zinc was down nearly 1% while lead only experienced a nominal decline to finish at US$1.02 per pound.

Nickel continued its rally, pushing up above US$5.00 per pound for the first time in a fortnight, a point that marked the end of a sharp and sustained rally of approximately 20% in January/February.

Another break above circa US$5.02 per pound could instil confidence in the prospect of further upside.

The latest run has coincided with a fall in 30 day LME nickel warehouse stocks from approximately 384,000 tonnes to 377,500 tonnes.

After strengthening early in the session, the Australian dollar tapered off to finish broadly in line with the previous day’s close of US$0.758.