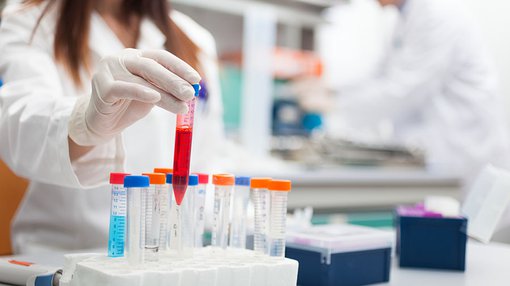 Merck & Co (NYSE:MRK), one of the largest pharmaceutical companies in the world, has bid A$502 million for ASX-listed Viralytics (ASX:VLA) — a deal that would secure the rights to VLA’s lead immunotherapy cancer drug, Cavatak.

VLA’s primary focus is on the development of various immunotherapies which utilise particular viruses to infect and kill cancer cells. Cavatak uses a common cold virus, of proprietary design, to treat cancer. The drug candidate is already in multiple Phase I and Phase II clinical trials.

The bid from MSD (Merck’s trade name outside the US) of A$502 million (US$394 million) cash, or A$1.75 per share, represents an attractive 160 per cent premium to VLA’s average share price over the last month. The company’s shares responded to the bid, rising 175 per cent for the day.

A bid being made at such a premium reflects how strong the biotech M&A space looks to be at the moment.

The deal is conditional on VLA not receiving a better offer from a counter-bidder (and on shareholder approval). Merck’s board is supportive of the proposed acquisition, while its largest shareholder, Lepu Medical Group (13 per cent stake) intends to vote in favour of the deal. Quest Asset Management, which owns 6 per cent of the company, also supports the proposed acquisition.

Merck & Co has already established itself as a leader in the increasingly popular area of cancer immunotherapy, and has a market capitalisation of US$148 billion. It boasts an enormous share of the pharmaceutical market in the US and beyond.

There are obvious benefits to a large pharmaceutical company acquiring a smaller biotech play when both companies share a common focus on a thriving field of development.

Of particular note in looking at the advantages of this deal, are the potential for possible synergistic drug combinations between the two portfolios.

Trials are already in progress to test Cavatak alongside MSD’s Keytruda drug to treat melanoma as well as cancers of the prostate, lung and bladder.

Merck’s head of global clinical development, Dr Roy Baynes said this about the deal: “Viralytics’ approach of engaging the innate immune system to target and kill cancer cells compliments our immuno-oncology strategy, which is focused on the rapid advancement of innovative monotherapy approaches and synergistic combinations to help the broadest range of cancer patients.

“We are eager to further build on Viralytics’ science as we continue our efforts to harness the immune system to improve long-term disease control and survival outcomes for people with cancer.”

If the acquisition is approved by shareholders in the coming months, VLA will become a wholly-owned subsidiary of Merck.

Activity ramping up in the field of immuno-oncology

Immuno-oncology, which focuses on the treatment of cancer through aiding the body’s own immune system responses, is receiving its fair share of attention at the moment. Last week Bristol-Myers Squibb announced it will pay a record US$1.85 billion to buy small biotech start-up Nektar Therapeutics (NASDAQ:NKTR) to secure its experimental cancer drug.

On the ASX, small cap immuno-oncology plays including Imugene Limited (ASX:IMU) are developing a range of candidates, including HER-2+ gastric and breast cancer immunotherapies.

That said, IMU is still an early stage biotech company and success is not guaranteed. Before making an investment, seek professional financial advice.

The drug candidate is designed to work through managing the level of arginine in the human body to boost the tumour-killing activity of the human body’s own naturally-occurring cells.

Based on recent newsflow, the $54 million-capped IMU’s share price has climbed 69 per cent in the last month alone.

Another small-cap biotech with a focus on immuno-oncology is Prescient Therapeutics Limited (ASX:PTX), which operates in the field of small molecule drug development to treat cancer.

The aforementioned Chair of VLA and Executive Chair of IMU, Paul Hopper, is also on the board of PTX as a non-executive director.

PTX’s lead drug is PTX-200, which inhibits the AKT (or protein kinase B) tumour survival pathway; its second drug is a first-in-class compound called PTX-100, which blocks a cancer growth enzyme known as geranylgeranyltransferase type 1 (GGT-I). PTX-200 is currently in Phase 1b/2 trials for treatment of breast cancer, Phase 1b trials in Acute Myeloid Leukemia (AML) and a Phase 1b trial in ovarian cancer. The company is in preparations for a pilot study to trial PTX-100 in certain types of lymphomas.

More upside in gold following last year’s retracement ‘Paddock to Plate’ Not Just a Slogan, But a Proven Chain Is a 20 per cent reduction in CO2 emissions in oil refinement possible? A listed Aussie company battling the Coronavirus

Roots Makes 2020 The Year of The Cannabis Deal
February 28th

‘Paddock to Plate’ Not Just a Slogan, But a Proven Chain

Is a 20 per cent reduction in CO2 emissions in oil refinement possible?