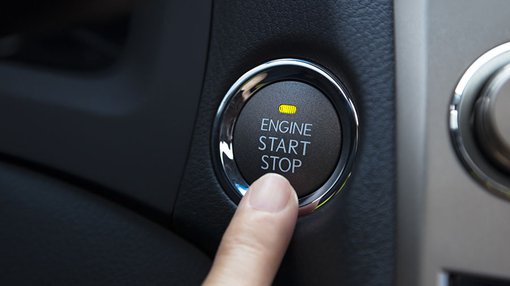 Just as Tesla begins to lease out its Model 3 sedan in the US, in a financing option that would increase its customer base, comes news that both Tesla and Panasonic had frozen previous plans to raise the capacity of the electric vehicle manufacturer’s Gigafactory.

The Gigafactory supplies battery packs for Tesla cars and Panasonic is the exclusive battery cell supplier for Tesla, which in turn is Panasonic's biggest electric vehicle battery client.

"Both Tesla and Panasonic continue to invest substantial funds into the Gigafactory," a Tesla spokesperson said.

"That said, we believe there is far more output to be gained from improving existing production equipment than was previously estimated."

Together, companies have invested US$4.5 billion in the facility and according to Reuters had been planning to expand the plant's capacity to the equivalent of 54 gigawatt hours (GWh) a year in 2020 from 35 GWh at present.

Investment in the Gigafactory will continue as needed, but the companies believe they can squeeze more out of existing resources than previously planned.

"Panasonic established a battery production capacity of 35 GWh in Tesla's Gigafactory 1 by the end of March 2019 in line with growing demand," Japan-based Panasonic said in an email.

"Watching the demand situation, Panasonic will study additional investments over 35 GWh in collaboration with Tesla."

Smart fiscal management would be music to the ears of both companies’ shareholders as Panasonic seems to be taking a far more cautious approach to its dealings with Tesla.

"Panasonic shares have been dragged down by various Tesla woes," said Masayuki Otani, chief market analyst at Securities Japan. "Turning cautious about further investments is good for Panasonic. It helps the company reduce the influence of Tesla."

As an example of Tesla’s influence, its announcement in February to buy US energy storage company Maxwell Technologies Inc. sent shares in Panasonic lower.

Fortunes have reversed since then. Panasonic’s shares rose 2.6% by midday Friday, while Tesla’s dropped 2.8% on Thursday this week.

Meanwhile, lower-than-expected car deliveries by Tesla in the first quarter hurt everyone, with stock and bond investors being spooked, adding to Wall Street's concerns about its future cashflow.

A report by daily news producer Nikkei suggested Panasonic would also suspend its planned investment in Tesla's new Shanghai plant and would instead provide technical support and a small number of batteries from the Gigafactory.

However, it’s not all bad news out of the Tesla factory.

On a positive note, the company said all of its cars would now come with the autopilot feature, a feature that was previously optional.

The company needs to continue to innovate as other car manufacturers increase their own production in the EV space.

Several Australian ASX listed explorers are looking to cash in on this increase in demand.

When the lithium boom first made headlines, several companies were playing off the Tesla momentum. Today, there are myriad options for partnerships.

Just today, Infinity Lithium Corp entered a deal with AEDIVE (the Spanish business association for the development and promotion of electric vehicles) to support development EVs in Spain.

Infinity Lithium is one to watch with its stock rising 38.5% this year.

Infinity’s CEO and managing director Ryan Parkin said: “This is another example of the rapidly evolving recognition of the importance of battery chemicals within Europe, and the momentum gathering within the EU to address a significant risk to their burgeoning auto industry.

This is just one example of the movement in this area, but Tesla, the pioneer in this space, better start improving its performance, lest it become an also-ran.

Europe lockdowns send Zoom even higher, Tesla falls 30% but has an eye to the future and … why is MYQ in suspension?

Tesla Battery Day could have a positive impact for Australian juniors