From one generation to another 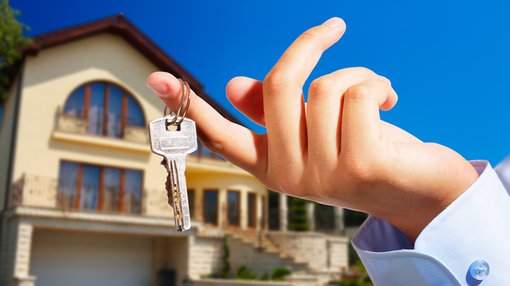 Look, it’s feeling more and more like me and my friends – the so-called ‘millennial’ generation – are being stitched up over here. We’ve got rising costs of living, less full time jobs for a growing populace, and the frustration of being well and truly locked out of a crazy housing market. That’s not even mentioning the environmental and climate problems we’re set to inherit.

Since we can’t afford a seat at the table we have no other option than, well, begging. Surely someone over the age of 50 – either in parliament or in the property market – can put in a word for us?

There has been extensive debate recently about housing affordability – and for good reason. PM Malcolm Turnbull recommends the solution of acquiring yourself some wealthy parents. Scott Morrison has been in the press recently calling for a change to the supply side of the market.

If a millennial is lucky enough to have parents with ample investments, they’ll probably be okay, depending on how much of that wealth is absorbed by aged care costs. This group can either live partly off (or with) their parents, or rent until they receive an inheritance.

(Which could be a very long way off, by the way – the latest ABS data revealed that life expectancy in the ACT, for example, is 81.2 for women and 85.3 for men.)

In these cases, for the most part, wealth is simply passed down to younger generations.

If you’re not in this situation – good luck. Your options are getting a job with a six-figure income (likely limited to the finance industry, as financial services is the largest contributor to our national economy) or living hand to mouth until you eventually retire at the age of 70 and start living pet food to mouth (as the story goes).

RBA rate cuts might be helpful in staving off deflation and propping up the economy, by ensuring an influx of cheap money, and tempting people with the chance of a significant but low-rate debt – for a while, at least.

Understandably, we have plenty of economists airing their concerns over the artificial pricing effects this has, and its perpetuation of a housing bubble. Our collective household debt has spiked to about 139 per cent of our GDP in the past four years. Standard & Poor’s this week downgraded the outlook on 25 small and mid-tier lenders; it already had a go at the big four banks, putting them on ‘negative watch’ in July.

But we’re probably not set for a GFC level downfall like the US faced in 2008 because, unlike in some countries, Australian borrowers can’t get out of their mortgage through anything akin to ‘jingle mail’ (when keys are posted to the lending institution as a sign of voluntary default on a mortgage). In Australia, there is recourse if you simply throw in the towel on your mortgage; so that’s one factor going against a bubble burst.

Another is foreign investment. While this is usually mentioned as more reason for a crash, there are two ways to look at it. It’s true that falling prices could scare away overseas buyers, in particular our significant investor demographic from China. But, it’s also likely that in such a dramatic downturn, the Aussie dollar would head south too.

Which, of course, increases the appeal for foreign investors looking for a real estate bargain in a wealthy country like Australia.

Coming back to the future for millennials – the crash in housing prices could come, but foreign investment may rush in to correct it before prices can properly level out. That means the deflation of house prices on which a millennial might pin their hopes of home ownership may be just an illusion.

What about an apartment glut?

Another fact often thrown into this discussion is the rise in housing supply set for the coming years, particularly in Australia’s large cities with the number of apartments set for a sharp increase. With oversupply, it makes economic sense to assume a price downturn. Right?

Again, if a spike in supply leads to a downturn in house prices (with the big four banks exposed) it’d very likely bring the AU dollar down with it – and any oversupply could potentially be gobbled up by opportunistic foreign investors.

In an effort to keep the economy afloat, it’s likely the government will try to make such a move as attractive as possible for overseas shoppers.

Economists, politicians and the RBA will continue to discuss how to avoid a recession, especially since we haven’t had one for 25 years now. Meanwhile, younger generations will struggle with an ever-growing laundry list of problems, including mental health issues caused in part by things like highly expensive housing.

Nobody wants a recession

A recession obviously means rising unemployment, hard-working senior citizens losing chunks of their life savings, and so on. But it’s starting to seem like crazy house prices and recession avoidance must go together in modern Australia – which is a worry.

Morrison has made this issue somewhat of a public crusade recently, stating that “the real pinch point” is breaking into the market. The proportion of home loans to first home buyers was 13.4% in August, the lowest since February 2004.

There is zero doubt baby boomer investors – owning multiple properties as high-return investments rather than personal dwellings – are hiking up the demand and making it very difficult for younger people wanting to buy a home to live in. This amusing video produced by The Greens puts it into perspective – a ‘Game of Homes’:

An older multi-property owner consoles a younger player trying to break into the market: ‘Don’t worry, it gets easier after you buy your fifth’.

When the low-rate honeymoon ends, and puts a halt on the current borrowing binge, we will likely see buyers struggle to meet their repayments. But our usual flee from recession is likely to see us take whatever means necessary to avoid a crash.

Yet a major crash could be the only thing that will even the score on housing.

As we’ve heard many times before, the baby boomer generation enjoyed free education, a decent job market, and property they could afford. Now it feels like millennials are footing the bill.

Policymakers need to look very seriously at the long-term outlook for younger generations – and, in particular, make sure those without wealthy parents to help them aren’t disqualified from even entering the so-called ‘Game of Homes’.

Look beyond the gold price when investing in the sector Tech stocks take a breather but COVID-19 could see a second wave of rises, Materials rise again and… investors should have patience Stop calling them soft skills - they're human skills Anti-trust hearing into Tech giants spoils market, Microsoft and Tesla continue to drive forward… and IT is a big mover

Look beyond the gold price when investing in the sector

Tech stocks take a breather but COVID-19 could see a second wave of rises, Materials rise again and… investors should have patience