Oil plunges while base metals rally 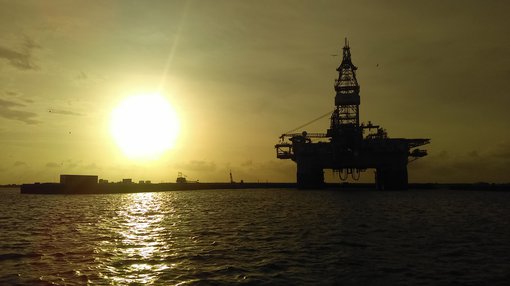 With little new economic data surfacing overnight, it was once again the sharp decline in the oil price that proved to be the catalyst for falls across most global indices.

The performance of the NASDAQ when compared with the Dow clearly illustrated the ‘what’s hot and what’s not’ state of the market.

The Dow shed 57 points or 0.3% to close at 21,410 points, predominantly weighed down by energy stocks within the index, while the tech heavy NASDAQ gained 0.7% to close at 6233 points.

In the UK, the FTSE 100 came off 0.3% to close at 7447 points. There were similar proportionate losses in mainland European indices with the DAX and the Paris CAC 40 both declining circa 0.3% to close at 12,774 points and 5274 points respectively.

Services companies also felt the brunt of plunging market sentiment towards the sector, typified by the sharp fall of more than 3% in Caterpillar Inc.

The quantum of the fall in the oil price is now looking disturbing, having fallen nearly US$10 per barrel in the last month, and as the following chart demonstrates it has now crashed below the US$43 per barrel mark for the first time since January 2016. 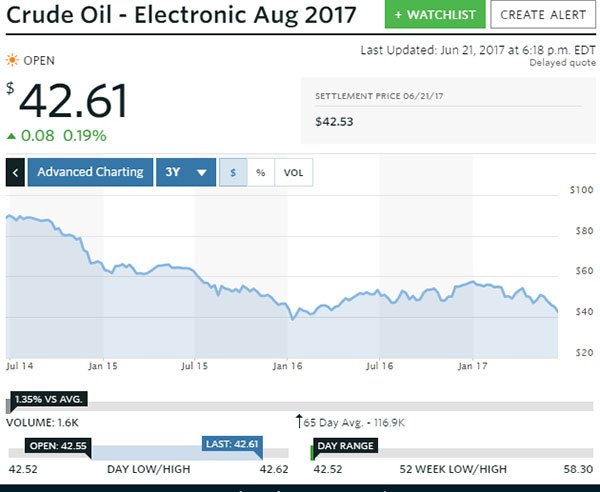 Base metals stage a rebound

Elsewhere on the commodities front, things were generally brighter with gold up slightly to US$1247 per ounce.

The most notable gains were in the base metals space with a particularly strong performance from zinc as it gained 3.3% to close just shy of US$1.20 per pound, which would represent a near 60 day high.

Nickel continued its rollercoaster up one day, down the next trend, but last night’s gain was one of its more convincing rallies in the last month as it surged more than 2% to close at US$4.06 per pound, its highest level for June.

Copper rallied 1.5% to US$2.59 per pound, its most convincing one-day game since early June.

There was also a substantial spike in the lead price as it gained approximately 2.5% to close just shy of US$0.98 per pound.

The Australian dollar is fetching US$0.755.