No end in sight for Cricket Australia’s pay dispute 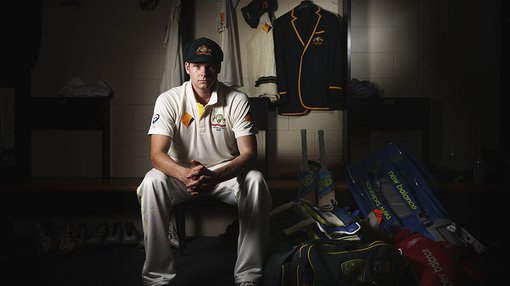 Entering its 249th day, the Cricket Australia pay war has cast a shadow over the upcoming summer of cricket – which incidentally, could cost the tourism industry up to $400 million.

The bitter dispute has already led to the cancellation of Australia A’s tour of South Africa. Australia’s tour of Bangladesh may be next, with several key figures warning the test series may be cancelled for the second successive time against the emerging minnow.

Cricket Australia (CA), which is the major governing body of the sport in the country, is at odds with contracted players. CA has maintained that the current model – which sees elite players paid a set percentage of all revenue – is hurting the game at a grassroots level. The players are opposed to switching to CA’s proposed profit share model, which would see a greater emphasis placed on grassroots cricket.

Earlier in the year, The Sydney Morning Herald detailed how CA’s desire to adopt a modernised collective bargaining agreement breaks down the current model.

‘Thus, any CA investment requires an unrealistic profit of 32 per cent just to break even. More than 70 per cent of Cricket Australia’s expenditure is investment in elite cricket. Players are entitled to 24.5 per cent of every dollar returned from that investment, not just every dollar of profit.’

CA Chairman David Peever unloaded on the Australian Cricketers’ Association (ACA), the representative body for elite players, accusing it of damaging the game and being unreasonable.

“CA has made what in any normal circumstances would be regarded as a very generous offer,” he said.

“It includes healthy pay increases for male players, a more than 150 per cent increase in pay for female players and gender equity in both pay and conditions, along with a share of any surplus for all players and major increases in other support and benefits.”

“Without the trust and commitment of the players in a partnership that benefits the game, Cricket Australia has no game at all – the Packer years were evidence enough of that,” he said.

“CA has compromised trust and commitment by seeking, without adequate explanation, to bust the longstanding revenue share partnership with the players. Mr Peever now even makes the astonishing claim that the players’ association is damaging the game. That is not the way to build trust with the players.”

Past players including Mark Taylor have called on the ACA to be more forthcoming in negotiations, but those words fall flat when they have been benefactors of the exact model CA wants to scrap.

The first Ashes test may be scheduled for the 23rd of November, but there’s no indication a compromise will have been reached by then.